For optimal joint health and reduced inflammatory issues, look to K-Real for your krill oil needs. This is an effective and clinically proven source to help boost overall health, without the fishy aftertaste of fish oil. Read this for more info. 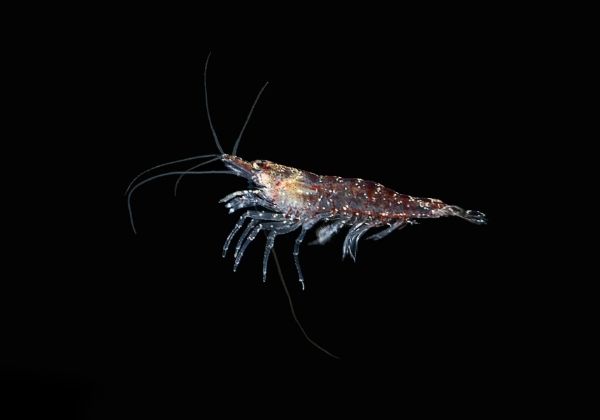 Krill oil has been linked to better joint health, brain health, and heart health, as a result of its powerful anti-inflammatory and antioxidant properties. The krill oil found in K-Real is of the best purity, best potency, and best quality to boost your overall health, all without the characteristic fishy odor.

The Benefits of K-Real Krill Oil

Omega-3 fatty acids have been linked to several human health benefits, including:

EPA and DHA are different from other omega-3s because of their attachment to phospholipids and triglycerides. This unique composition is what makes K-Real an optimal ingredient for better health.

Arthritis is a collection of joint conditions characterized by inflamed, swollen, and degenerating joints. Any joint in the body can be impacted by arthritis. The two most common types of arthritis are Osteoarthritis and Rheumatoid arthritis.

Rheumatoid arthritis is an autoimmune condition where the immune system mistakenly attacks joints. Osteoarthritis is characterized by wear and tear, from overuse, being overweight, or aging.

The specific causes and symptoms of arthritis differ, but the common theme for all types is inflammation. With each case of arthritis, an excessive amount of pro-inflammatory chemicals can be seen in the blood. The problem with arthritis treatments to date is that none of them effectively target these chemicals.

Studies have found that krill oil and the powerful omega-3 fatty acids do target these chemicals. The actions of krill oil neutralize the pro-inflammatory activity, which allows arthritic joints to heal and repair. 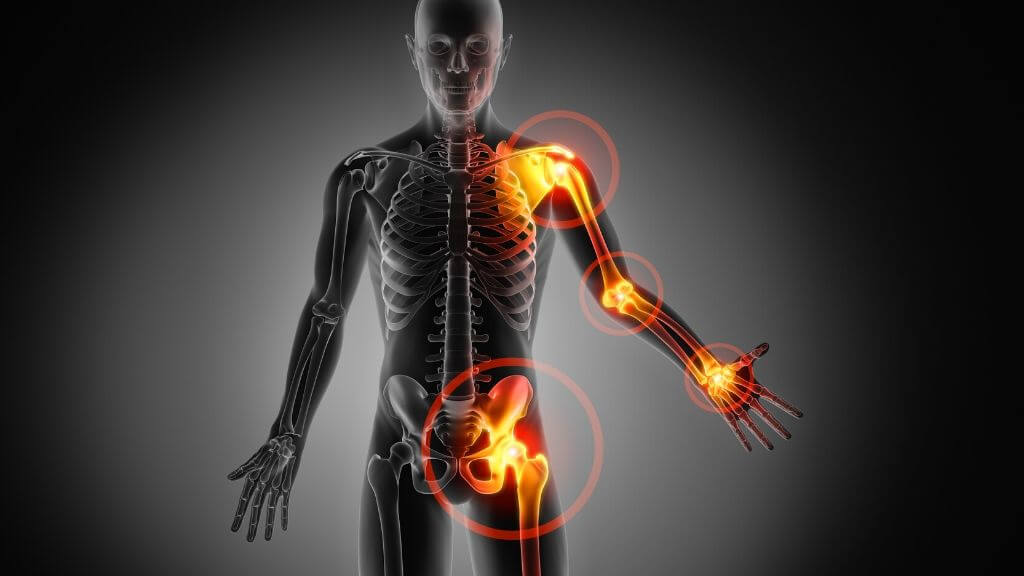 When taking krill oil supplements, individuals can benefit from reduced levels of C-reactive protein, which is the top inflammatory chemical found in arthritic joints. After one month, the levels of this dangerous protein can be halved.

In addition to interfering with the activity of pro-inflammatory chemicals, krill oil compounds offer pain relief. The reduction in inflammation also reduces swelling and pain. With reduced pain, your flexibility and motion are improved, and function is no longer impaired.

Regularly taking krill oil has also been proven to reduce pain at night, which is common with arthritis. By allowing for a pain-free sleep, your body is better able to heal and repair damaged joints.

Osteoarthritis is chronic and commonly affects elderly and aging individuals. The cartilage of the joints becomes severely damaged, and bones rub together, causing friction, pain, and swelling. Osteoarthritis is the leading cause of disability in the United States, and the population continues to age.

K-Real krill oil is a proven and natural resource to treat symptoms of arthritis and reduce the risk of further damage to joints.

Inflammation has been linked to the increased risk of neurodegenerative diseases such as Alzheimer’s. Inflammation and oxidative damage reduce the function and viability of brain cells and nerves, leaving them at risk for the formation of plaques. The development of amyloid plaques in brain tissue is seen in the brains of individuals with Alzheimer’s disease. The brain gradually degenerates, reducing cognition, memory, and motor skills. 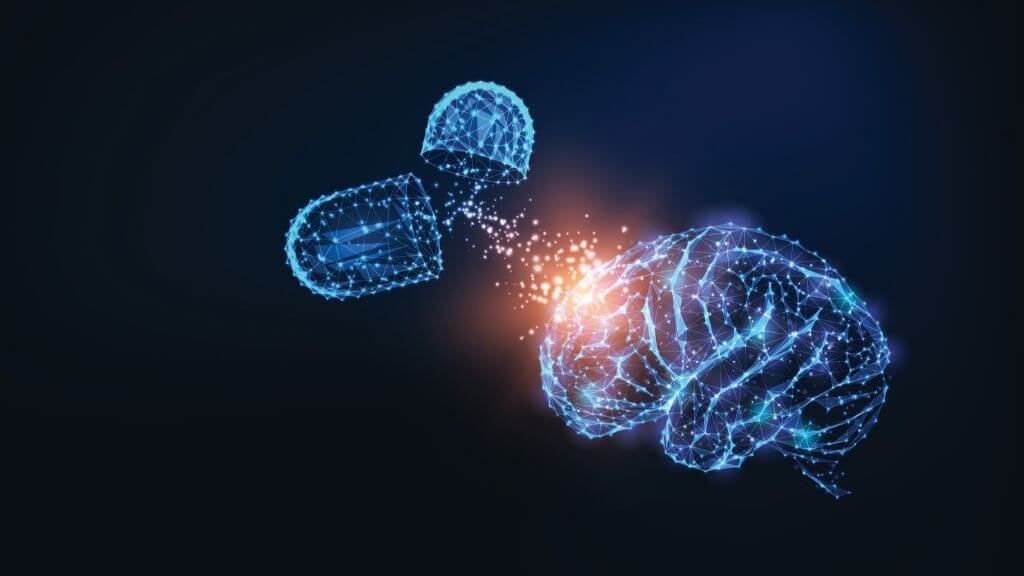 Krill oil, specifically because of the beneficial omega-3 fatty acids, is a powerful anti-inflammatory and antioxidant agent. It can reduce inflammation and oxidative damage, thus protecting your brain cells.

Reducing the damage done to brain cells and tissue preserves brain function. In most cases, brain degeneration can be prevented. In cases where the brain has started to decay, krill oil can slow the progression of neurodegenerative diseases.

The omega-3 fatty acids in krill oil are commonly considered to be heart-healthy. Studies have found that krill oil improves blood lipid levels. This means that triglyceride levels are reduced as well as levels of other unhealthy blood fats. Accumulation of these harmful fats can lead to plaque formation and clogged arteries. Blood cannot circulate efficiently through clogged arteries, so the risk for heart disease and stroke increases.

K-Real krill oil has several distinct advantages over other ingredients. The proprietary technology allows for K-Real to have superior freshness and quality, meeting the highest standards.

There are minimal water-soluble compounds, which helps to create a purer oil. Most krill oil contains 3 percent water-soluble impurities, but K-Real contains only 0.2 percent. K-Real krill oil has extremely low oxidation, which means 100 percent bioavailability, making it the most potent krill oil available.

Dosage and Potential Side Effects

When used properly and in accordance with your doctor’s advice, krill oil is safe for consumption. Krill oil has powerful properties, so the effects can be seen within fourteen days of consumption.

It is recommended to start with 1200mg per day at first and increase the dose if needed. You should never take more than 2000 mg per day. In most cases, krill oil supplements should only be taken for three months at a time, so be sure to discuss this with your doctor before you start. 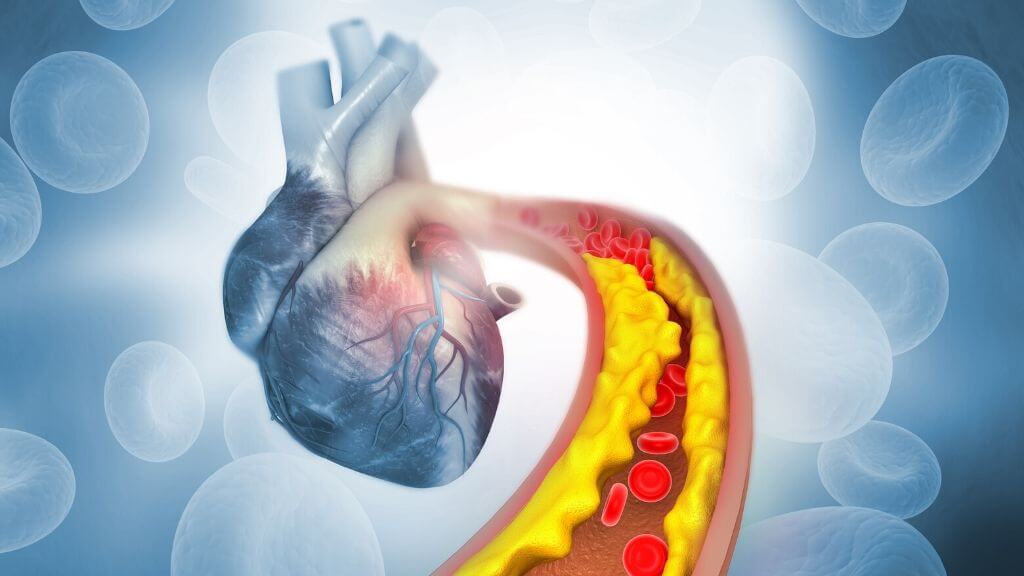 Some side effects have been reported with krill oil supplements, including decreased appetite, heartburn, bloating, diarrhea, and nausea. In very rare cases, krill oil has been known to increase blood pressure.

Those with bleeding disorders should not take K-Real, as krill oil can slow blood clotting. Krill oil can also lower blood sugar levels, so it is not advised for those with diabetes.

Krill oil has been growing in popularity as a preferred option to fish oil. K-Real krill oil does not have the unpleasant fishy aftertaste and offers additional benefits. Fish oil and krill oil both contain omega-3 fatty acids, but these essential compounds are more potent and more bioavailable in krill oil.

For optimal joint health and reduced inflammatory issues, K-Real krill oil is an effective and clinically proven source for your overall health needs. 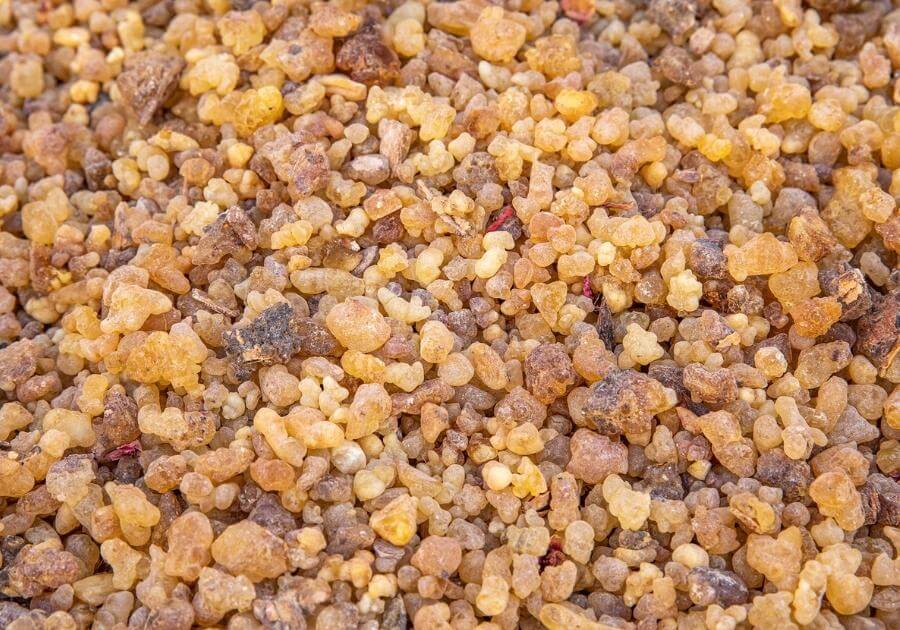 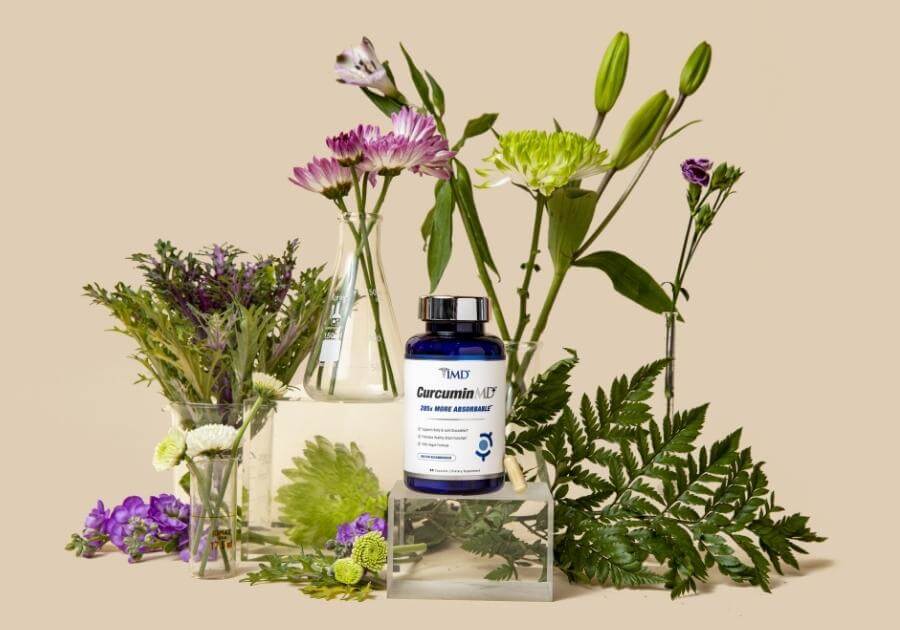 The Official CurcuminMD® Plus Review

CurcuminMD® Plus’ powerful combination of ingredients work together to support joint and muscle h... 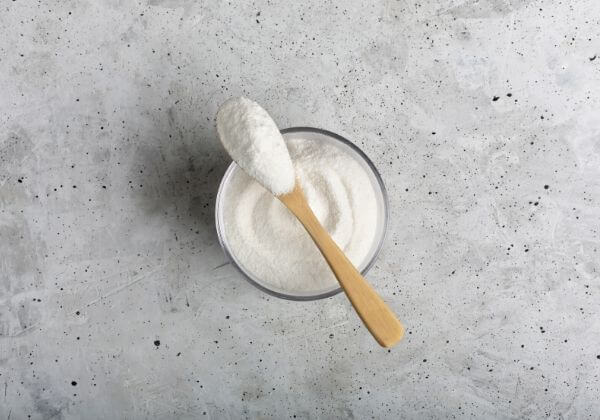 Collagen is popular for skin treatments but can it also support joint health? 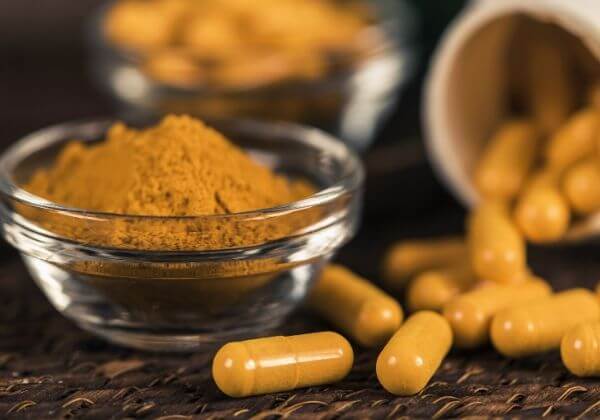 How to Find the Best Curcumin Supplement: What You Need to Know

Curcumin is the active compound in turmeric, a spice used in traditional medicine for centuries. Cur... 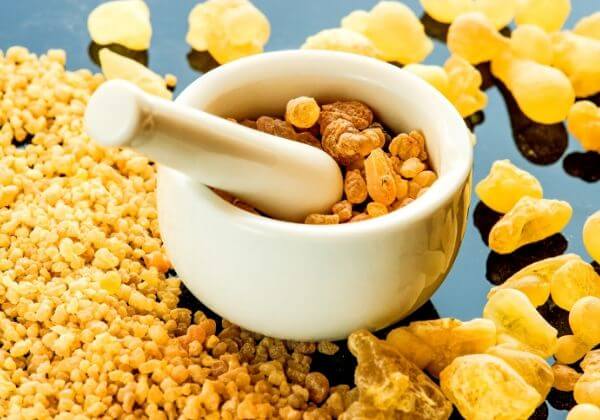 Your Guide to How to Find the Best Boswellia Serrata Supplement

Boswellia serrata comes from frankincense. It has been used for its many health benefits in various ... 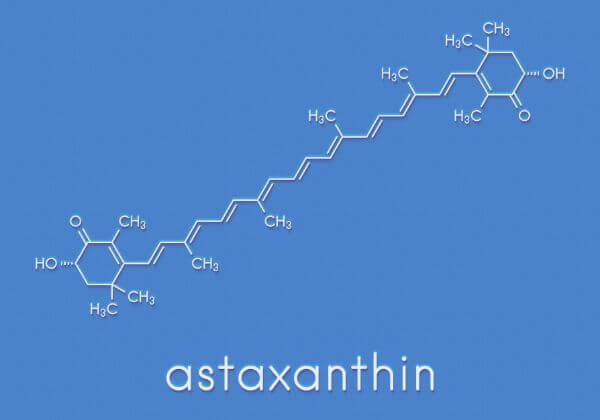 Astaxanthin, a component found in krill oil, is a potent antioxidant and anti-inflammatory that may ... 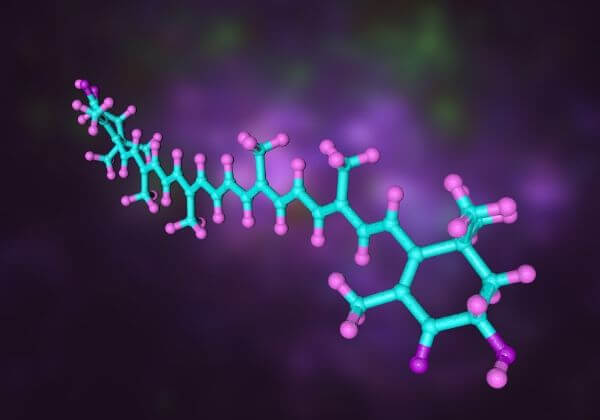 Zanthin® Natural Astaxanthin and Why It Matters to Your Joint Health

Zanthin® Natural Astaxanthin is often thought of as a heart health ingredient, thanks to its antiox... 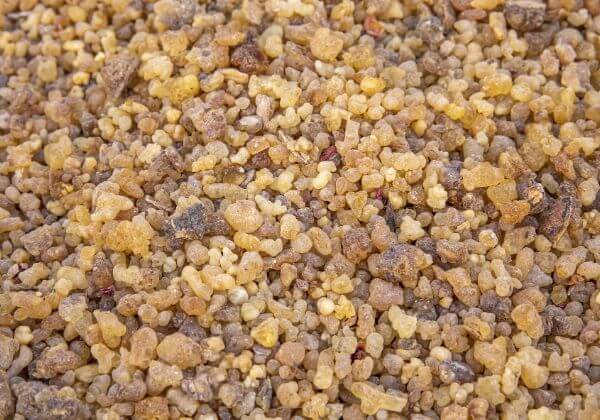 ApresFlex Boswellia serrata is a high-quality supplement that has been shown to reduce occasional ox... 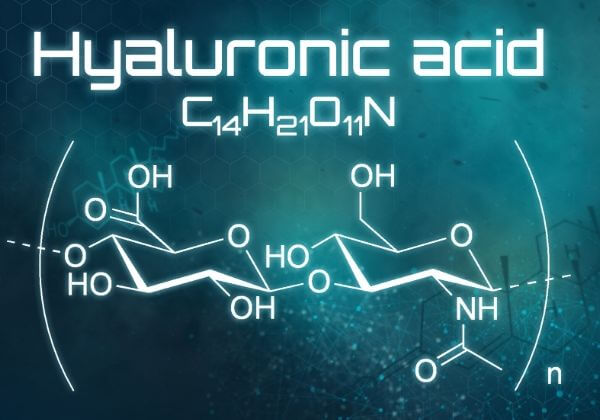 Hyaluronic acid naturally occurs in your body, but because of health reasons, sometimes more of it c... 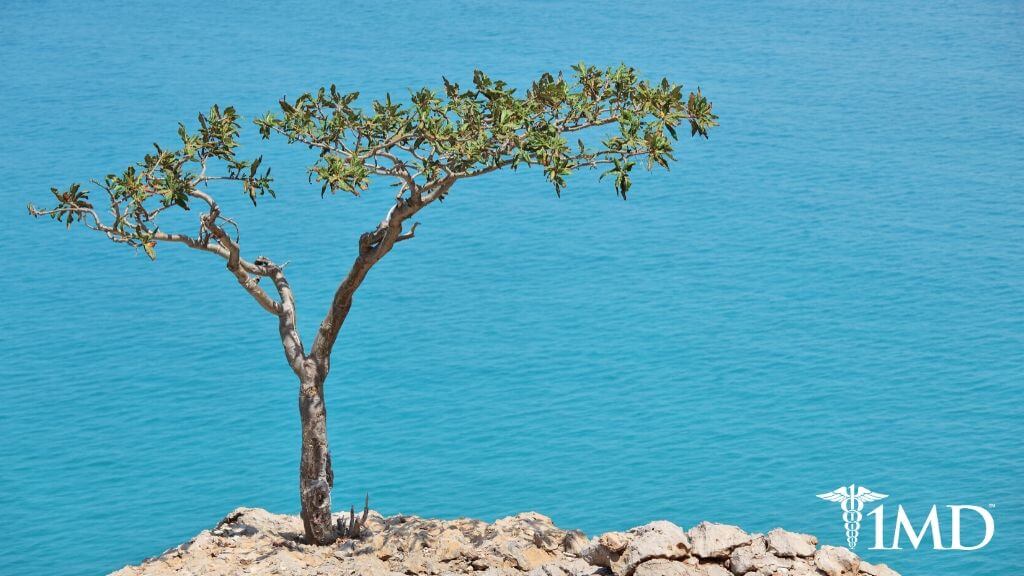 Boswellia Serrata Has How Many Benefits? Natural Supplement Guide

Boswellia serrata, AKA frankincense, is a popular supplement, oil, and natural treatment for joint h...