This tasty Moroccan-inspired soup is filled with flavor and powerful anti-inflammatory ingredients. 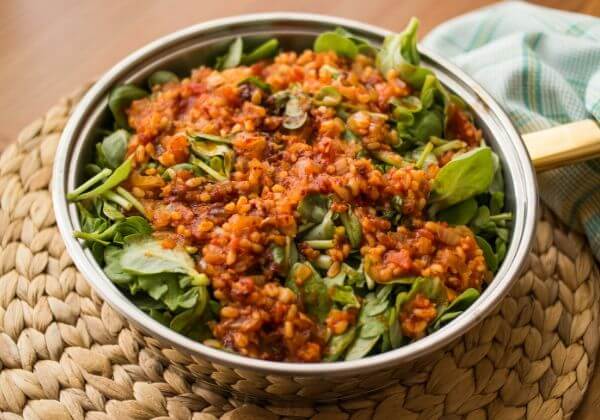 When the body perceives a threat, chemicals from the white blood cells are released into the blood stream or tissues to provide protection as part of the immune response. This is what causes redness or warmth you experience with a sore throat or injured finger.

However, chronic inflammation occurs when this response uncontrolled, without an immediate need. This can be due to "wear and tear," such as in aging or joint issues or some type of stressor.

♦ Autoimmune diseases such as lupus and rheumatoid arthritis 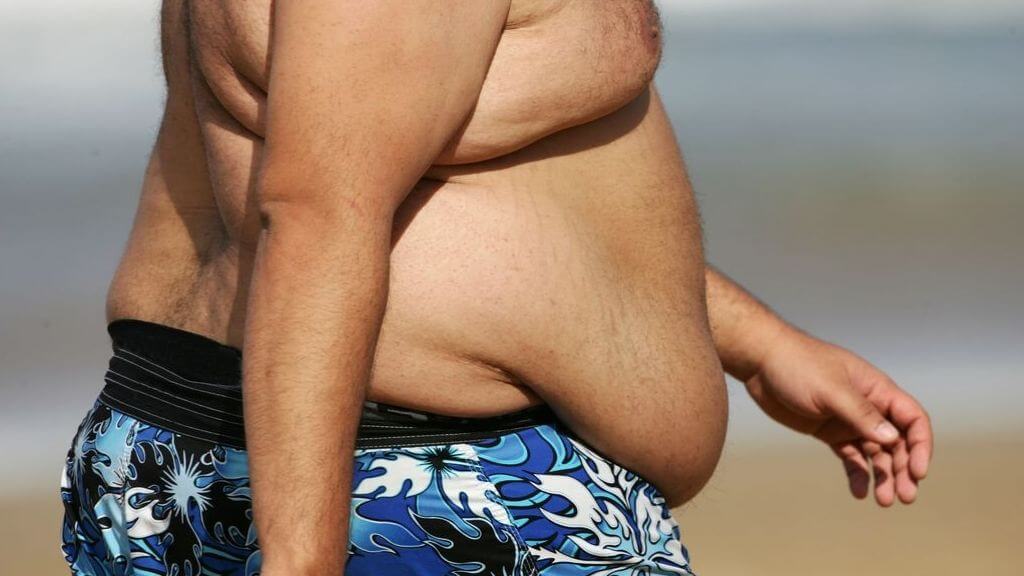 Chronic stress can be due to a number of reasons. As we age, chronic inflammation may be caused by mitochondrial and oxidative damage, as well as increased body fat and decreasing sex hormones.

Obesity is another risk factor for inflammation. Fat cells store and secrete hormones and small cells that signal proteins known as cytokines that affect metabolism.

In addition, fat cells produce and secrete inflammation-promoting molecules. If you carry your excess weight in the waist and stomach, you’ll experience increased inflammation, three times as much as fat cells located elsewhere in the body.

Periodontal disease involves chronic inflammation of the gums and can lead to inflammatory responses throughout the body, including the heart and kidneys. Chronic stress is also a driver of inflammation. The chronic stress response shortens telomeres and both physical and emotional stress can release cytokines, which promote inflammation.

Antioxidants, such as those found in boswellia serrata, protect against free radical damage by blocking signaling pathways that act as pro-inflammatory mediators such as cytokines, which also trigger cell apoptosis (death) and out-of-control inflammation. Excessive cytokine activity affects insulin-signaling and is associated with insulin resistance, Type 2 diabetes, and other diseases.

How you choose to eat definitely has an impact on chronic inflammation. Which foods should you keep off your plate and which should you include? 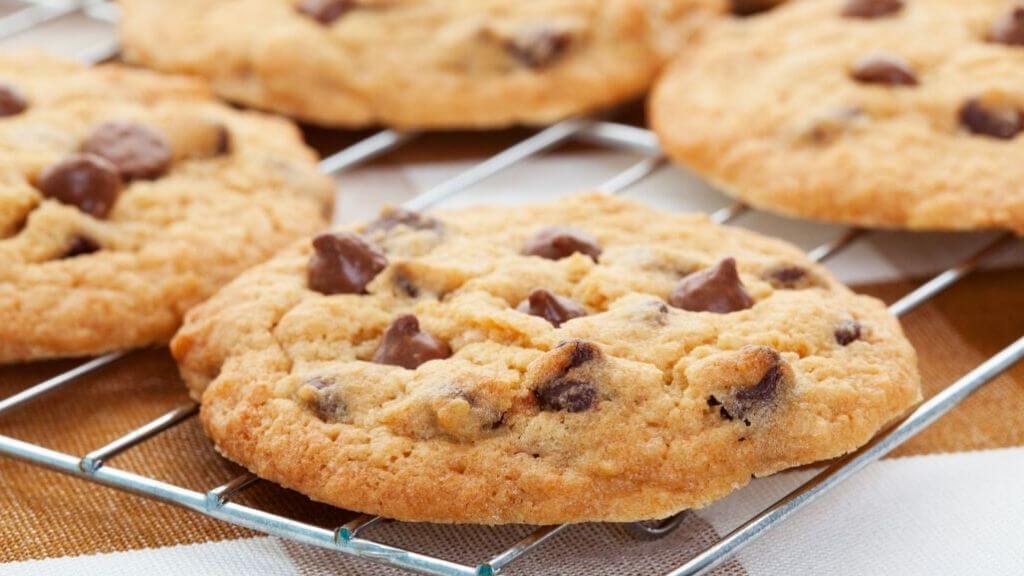 What Not To Eat

Sugar: When we eat too much sugar for the body to process, pro-inflammatory cytokines are released. High-sugar content foods that spike blood glucose levels also increase the biomarker C-reactive protein. On a diet of equal caloric levels, overweight subjects who ate a lower sugar diet had a less C-reactive protein than those on a high sugar diet.

Sugar isn’t only found in desserts but can be lurking in processed foods such as pasta sauce, prepared salad dressings, sports drinks, and flavored yogurt.

Vegetable oil is found in mayonnaise, salad dressings, crackers, and potato chips, as well as other processed foods.

Refined Flour: In the process of refining flours, fiber and other beneficial nutrients are stripped. Refined flour and grains are digested more quickly, spiking blood glucose and insulin levels. Insulin causes an inflammatory response. In addition, people who eat a diet high in refined grains typically have a higher level of PAI-1, a pro-inflammatory marker.

Diet Soft Drinks and Products: To avoid sugar, people turn to artificial sweeteners but these also promote inflammation and alter the gut micronome, which impacts the way our bodies handle glucose. This increases inflammatory cytokines. In addition, this change in the micronome causes a decrease in anti-inflammatory good bacteria.

Grain-Fed Meat & Processed Meats: The diet of livestock raised on feedlots and in CAPO farms is grain-based, which is not their natural diet. In addition, the animals are fed antibiotics to reduce risk of disease and to fatten the animals. This leads to meats higher in pro-inflammatory omega-6s from the corn- and soy-based diet.

Decrease your consumption of meat or switch to grass-fed meats. 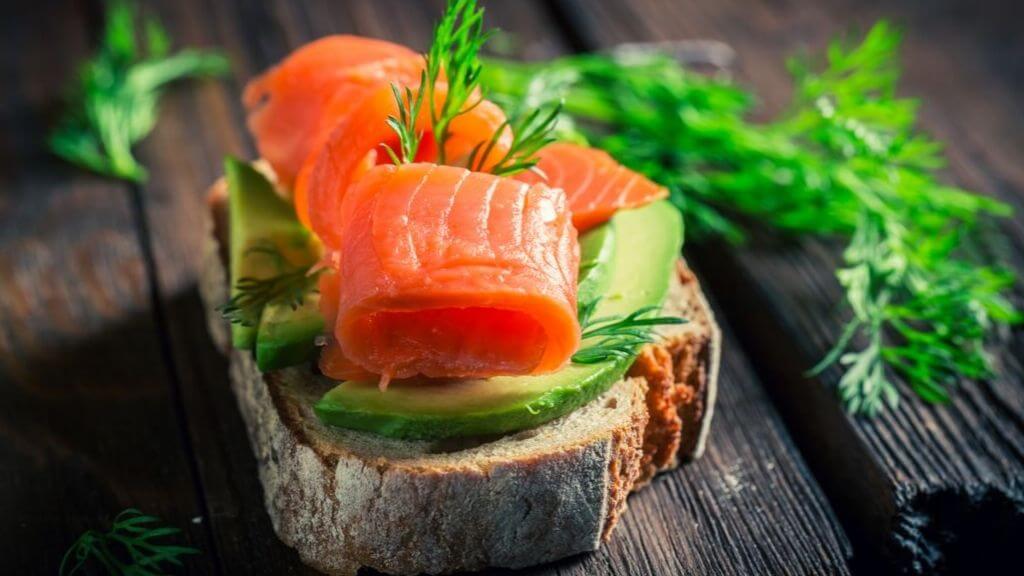 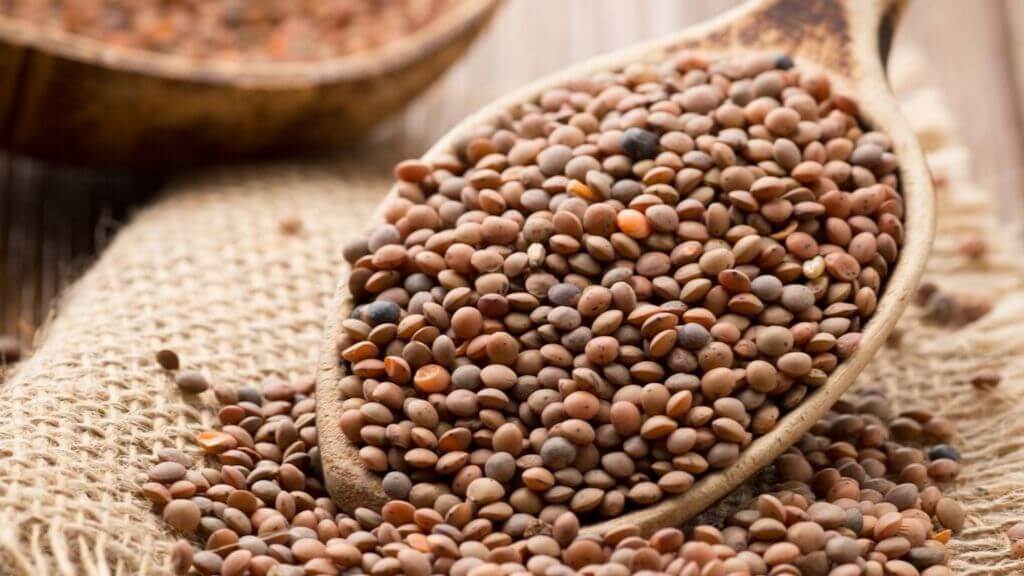 1 ½ cups green or brown lentils, rinsed and picked over

1 ½ teaspoon EACH coriander AND cumin powder

You can sauté 1 pound of ground lamb, beef, chicken, or turkey and add it in with all the other ingredients to the slow cooker for a more protein-filled meal. You may need to adjust seasonings to balance flavors.

2. Cover and cook on the low setting for 6-8 hours or on high for 4-6 hours. Check the lentils for doneness. If you’re lentils have been in the pantry for a while, note that they’ll take a bit longer to cook through.

3. Place half the soup into a blender along with a little additional broth (½ cup or so) and blend till relatively smooth. Alternately, you can use an immersion blender directly in the slow cooker but be sure to not blend all of the soup if you want it to have a chunkier texture.

4. Add the puree back into the slow cooker. Stir in the baby spinach and lemon juice. Cover the slow cooker, unplug it, and allow the ingredients to rest for 30 minutes or so until the spinach wilts down. 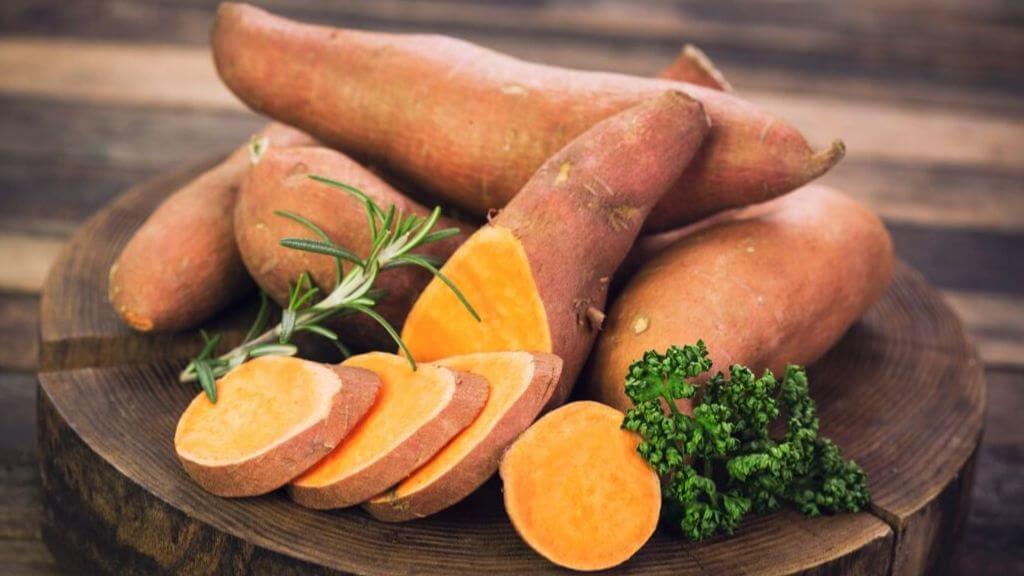 We know that antioxidants provide protection against free radical damage and inflammation. This Sweet Potato Lentil recipe is filled with potent antioxidants.

Sweet Potatoes: A good source of fiber, as well as beta-carotene, manganese, vitamins B6 and C, sweet potatoes have powerful anti-inflammatory properties.

Lentils: These grain seeds or pulses are a good source of antioxidants that may decrease risk for atherosclerosis, as well as neutralizing free radicals, preventing free radical damage that leads to DNA damage and aging.

Garlic: A member of the allium family, garlic contains organosulfur compounds that may inhibit substances that promote inflammation.

Spices: In addition to adding flavor to dishes, many spices have potent anti-inflammatory properties. Curcumin, the active component of turmeric, acts to shut down production of two inflammation-promoting enzymes, COX-2 and 5-LOX, associated with numerous health issues, including cognitive decline, liver damage, and heart disease, as well as arthritic inflammation and pain.

Antioxidant Equivalents of 1 Tsp of Spices

Dried Oregano Leaves: Three times as many antioxidants as ½ cup of raw broccoli

Cinnamon: About 4 times as many antioxidants as a sweet potato, although sweet potatoes are amazingly healthy nonetheless

Turmeric: More antioxidants than a cup of pinto beans. Also available as a powerful supplement with numerous health benefits. 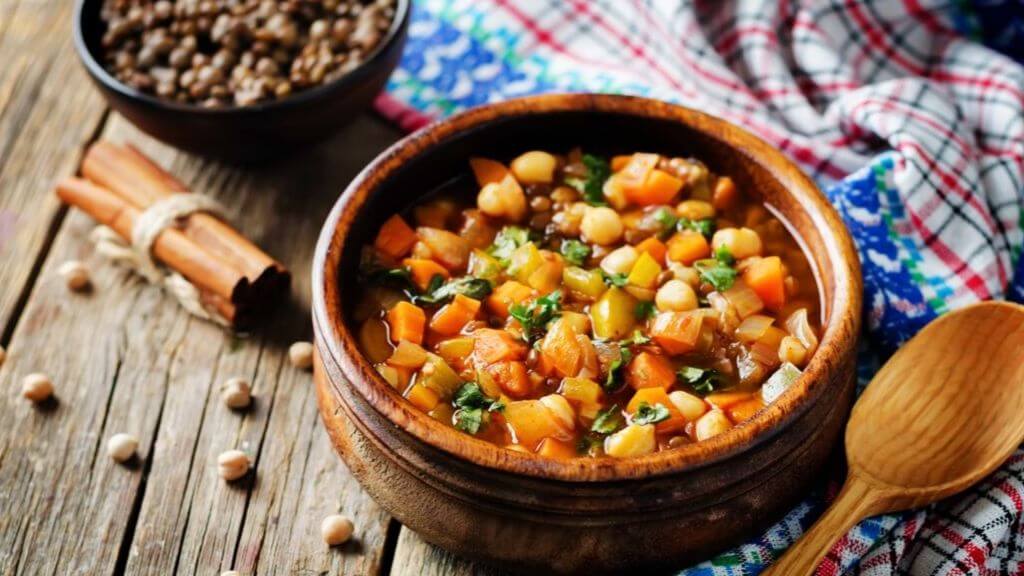 Chronic inflammation is a driver of numerous debilitating diseases. Antioxidants inhibit the inflammatory response, as well as free radical damage, which contributes to disease, as well as cell damage in the aging process.

Risk factors for chronic inflammation include diet. Limiting certain foods such as sugar may inhibit inflammation; adding antioxidants to your diet may provide protection against runaway inflammation. 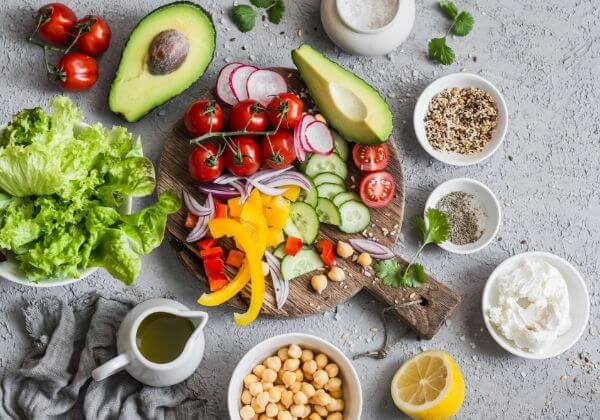 There are days where you just don’t feel like cooking, but you don't want to sacrifice the nutriti... 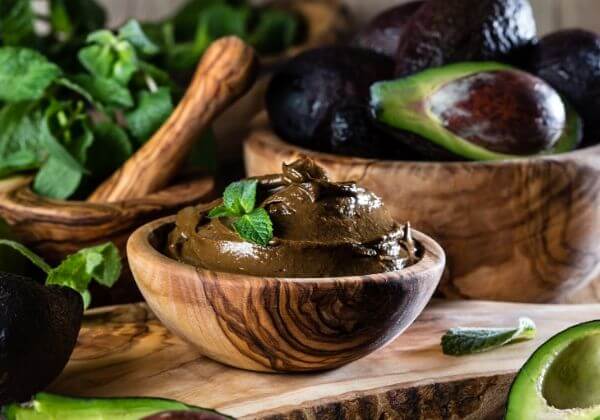 A Vegan Chocolate Mousse Recipe to Be Thankful For

Make this tasty and healthy mousse filled with chocolate, anti-oxidants, and nutritious ingredients ... 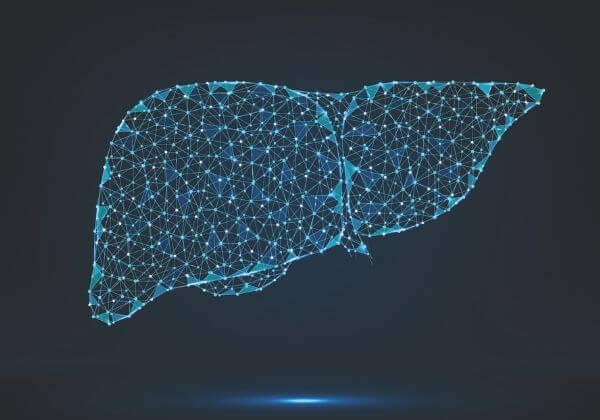 Promoting liver health is essential to avoid fatty liver disease and other problems. This delicious ... 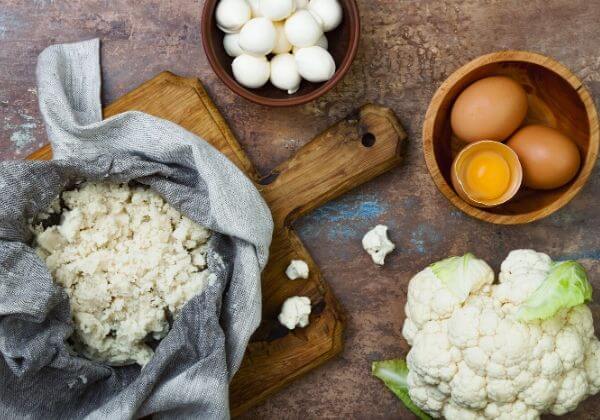 Cauliflower is considered one of the healthiest foods on earth. It wards off cancer, heart disease, ... 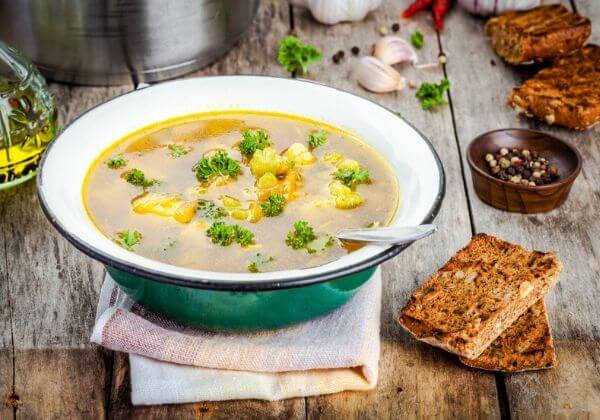 Fight inflammation and find arthritis and joint pain relief naturally with this delicious and easy t... 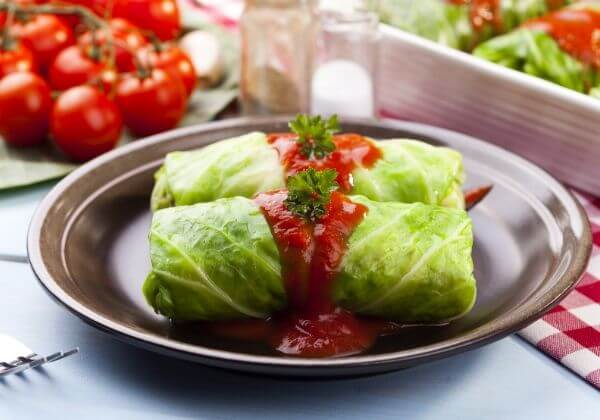 Whether you are trying to follow the Paleo diet or not, these cabbage rolls will make an easy, tasty... 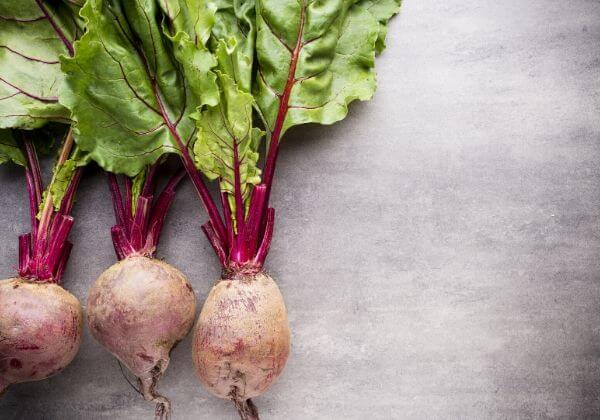 How to Make Anti-Inflammatory Beet Hummus 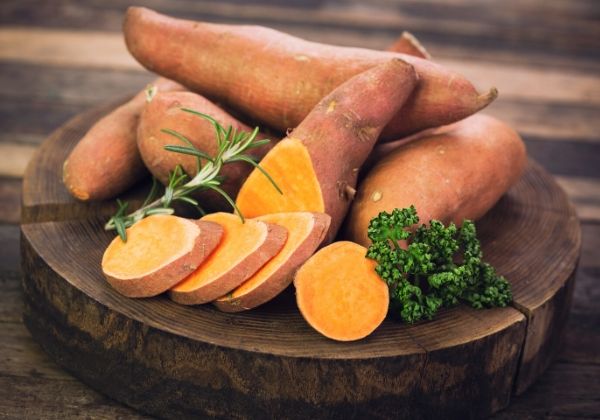 Sweet potatoes provide a great many surprising, powerful health benefits. Adding them to your diet i... 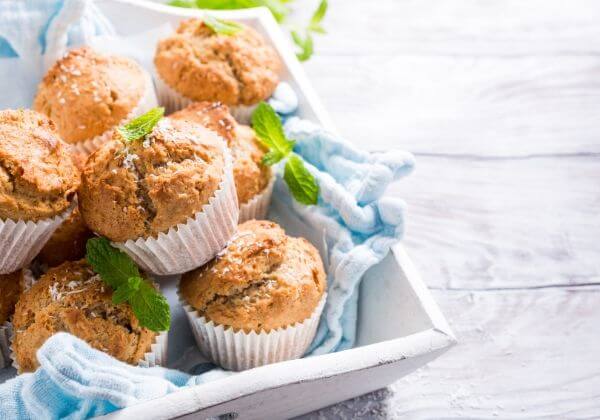 Easy Coconut and Sweet Potato Muffins for an Anti-Inflammatory Diet

Fighting inflammation is good for your health, including your heart, brain, and more. Coconuts and s...