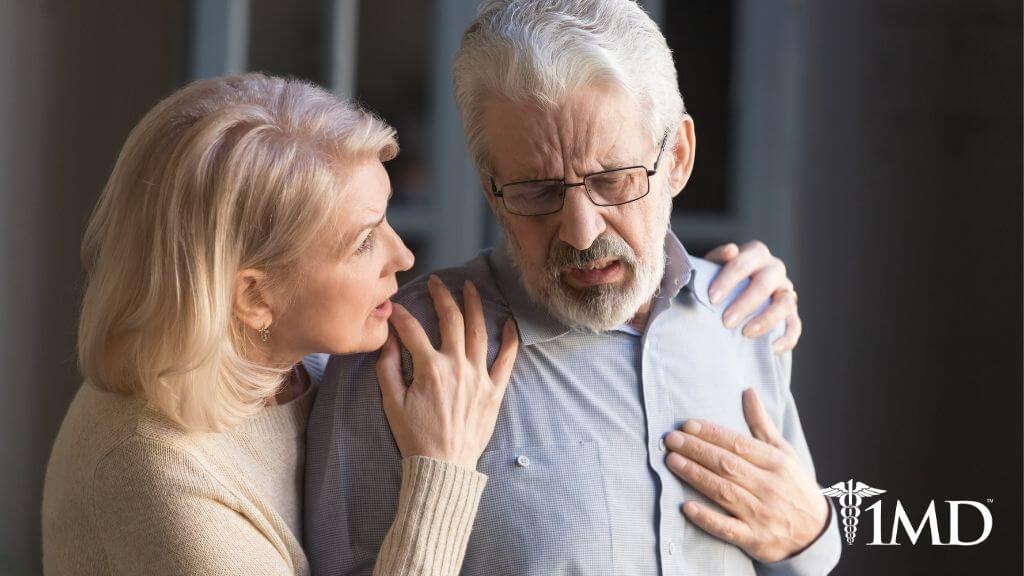 Do you know what an autoinflammatory disease is? Are you at risk for one, or do you possibly have one? This month is autoinflammatory awareness month. Do what you can to learn more about these illnesses, how to spot them, and what can be done to treat them.

If you find that the following information may relate to you, connect with your healthcare provider to have a check-up to discuss your options.

Autoinflammatory disease is a catchall term that’s used to reference a variety of different illnesses that have one common theme. With these illnesses, your body’s immune system turns to attack itself and cause swelling and inflammation.

Autoinflammatory diseases can cause fever, rash, swelling of the joints or other tissues, and buildup of blood protein in the organs.

Difference Between Autoinflammatory and Autoimmune Diseases

While both diseases share inflammation as a primary characteristic, the one major differentiating factor is the immune system and their responses; there's the innate immune system or the adaptive immune system.

You are born with your innate immune system, which is your body’s defense against anything that is not part of your body. This system is like the EMT of your body; they quickly respond with some first defense tactics like white blood cells and inflammation.

The adaptive immune system is constantly learning how to deal with pathogens that attack your body. Your adaptive immune system is more like a medical specialist; it recognizes the flu virus when you’re exposed to it and develops antibodies that can not only tackle it once but can also recognize and respond to that same flu virus in the future in a more effective manner. This is why immunizations work.

Because these two immune systems are so similar, and because the innate system is often triggered when the adaptive one is, there are crossover symptoms. That’s why autoimmune diseases are often characterized by inflammation.

If you have these symptoms, your doctor will typically order a diagnostic autoantibody test to determine if the adaptive immune system is sending out antibodies to fight a perceived threat. If there are no autoantibodies, it’s likely the symptoms are from an autoinflammatory disease.

A lot of autoinflammatory diseases are genetic. This is a good thing because genetic testing can often help narrow down the cause of the problem so it can be treated more accurately.

Unfortunately, not all autoinflammatory disease is genetic. In these situations, a spontaneous mutation happened at some point during conception or in the first stages of cell division. For people who have a non-genetic autoinflammatory issue, it may be harder to come up with a diagnosis and treatment plan.

One thing that’s key to note is that autoinflammatory diseases are not contagious. Because the symptoms are often associated with contagious illnesses, it can be confusing, but someone with an autoinflammatory illness cannot pass their illness along to another.

Some common autoinflammatory symptoms include:

Interestingly, the disease typically follows an individually defined pattern. Once a person recognizes their reaction pattern, they’ll be able to quickly determine if they’re having an autoinflammatory flare. These symptoms and the patterns are very individualized, and there will be a great variance from one person to another.

There are a variety of autoinflammatory diseases, which can’t all be covered here, but one category you’ll hear quite often is CAPS, which stands for Cryopyrin-Associated Periodic Syndromes.

These syndromes are actually three diseases related to a genetic defect in the protein cryopyrin; they are neonatal-onset multisystem inflammatory disease (NOMID), Muckle-Wells syndrome, and familial cold autoinflammatory syndromes. The symptoms and their severity vary by disease, but some common symptoms for NOMID and Muckle-Wells include:

♦ A general feeling of malaise

Familial Cold Auto Inflammatory Syndrome (FCAS) is sometimes called Familial Cold Utricaria (FCU) and is believed to be inherited from certain families of North American and European descent. This is an extremely rare condition and can be detected through genetic testing.

The other category of autoinflammatory diseases is Periodic Fever Syndromes (PFS). These symptoms all include fever and inflammation that come in bouts and then subside but are never cured.

There are several versions of PFS, and once it can be determined which one you have, then a proper treatment course can be defined.

As you may have gathered, there are different treatments available for autoinflammatory diseases, depending on the classification of the condition. This is also an active field of study, which sees changes in protocol and advancements in medications routinely.

Due to the fact that an autoinflammatory disease is dealing with the innate immune system, the goal is to interrupt the normal signaling pathways. This comes with some risks and potential problems.

These should carefully be discussed with your healthcare provider before any steps are taken. Some treatment options may include a variety of Interleukin-1 inhibitors or TNF-inhibitors.

The key to remember when thinking about treatment for autoinflammatory conditions is that they tend to become less severe and less frequent over time. This means that the main goal is to relieve suffering and preserve organ function as much as possible.

Autoinflammatory diseases are often confused with autoimmune diseases and can have very similar symptoms. The crucial difference is that autoinflammatory illnesses attack the innate immune system that you were born with, and the response is generally a host of symptoms typically associated with a cold or a virus.

Autoimmune diseases attack the adaptive immune system and create autoantibodies that turn on the body’s immune system. A blood test is needed to determine which disease is present and, because many of them have a genetic component, it may also determine what the strain of the condition is. Common symptoms include; fever, rash, vomiting, diarrhea, and conjunctivitis but non-contagious versions of these symptoms.

A variety of treatments are available, and the research in this field is changing regularly. People with this condition have great potential for successful treatment and a future with less autoinflammatory interruptions.

READ NEXT >>> How an Acidic pH Can Impact Your Body