Newly Discovered Human Organ Could Revolutionize How We Treat Cancer 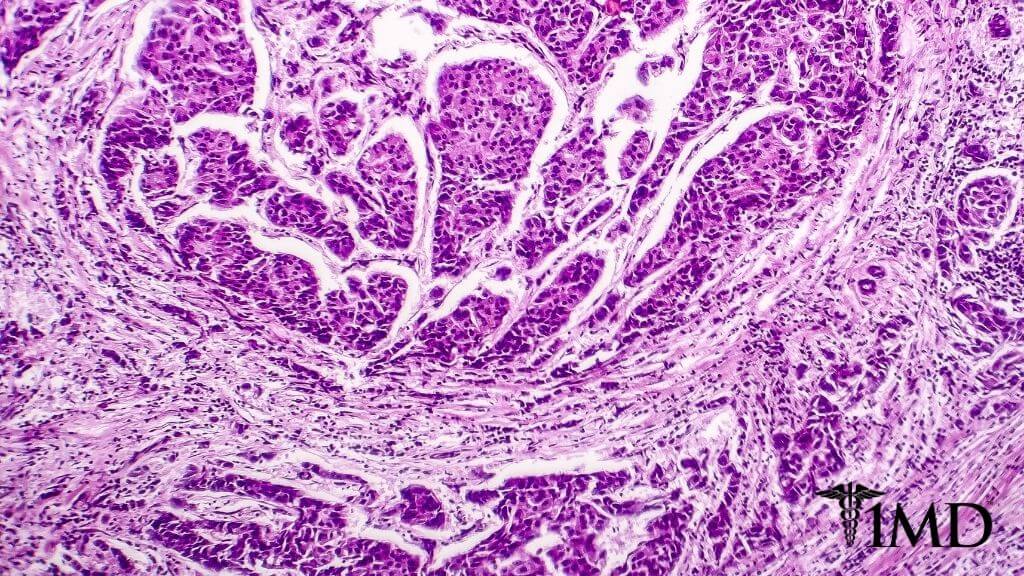 Cancer is one of the most dreaded diseases we face. Any time research makes an advance in the fight against cancer, we all breathe a little easier.

A new scientific discovery has allowed us to take another positive step forward against this frightening disease.

A new organ found in the human body could have large implications in the way we treat cancer, not to mention how we view our own bodies.

Even after thousands of years of studying the human body, we still do not know everything. Case in point: Researchers have accidentally discovered a new organ.

This new structure may be the source of lymph, the essential fluid that allows proper functioning of your immune system. It may also be able to provide an explanation as to where most of the fluid within our bodies sits.

The new structure is essentially a network of fluid-filled channels and it seems to play a significant role in your health. The new system does not just occupy one space in your body, rather it is found wrapped around several well-known organs.

All this time we believed that our lungs, skin and digestive tract were surrounded by dense connective tissue. In fact, these organs are riddled with spaces that are supported through a meshwork of connective proteins that allow fluid to freely flow. This explains where a lot of the fluid in our body goes.

Cells contain a large amount of the fluid in your body, and the circulatory system hosts even more. That said, there has always been about a third of your total fluid content that was unaccounted for.

We termed this missing fluid “interstitial” and assumed it was just floating freely around the organs and cells. The new research and discovery of this “interstitium” found great purpose in its presence, meaning it should be classified as an organ.

The organ was discovered during a routine endoscopy. Doctors noticed that the tissue around the bile duct was covered in an intriguing pattern, not the solid and dense look that was expected.

They decided to look under the skin of a patient’s nose using the same device and found the same effect. The key difference between this and previous research was the use of fine magnification.

Up until now, fixed tissue microscopes have been used when studying the body. Thin slices of tissue are treated with chemicals and dye so that structures can be easily identified under the microscope.

The problem has been that when you fix the tissue on a slide, the fluid is drained. In all these previous studies, the interstitium was collapsed and could not be seen under the microscope.

Cancer on the Move

The spread of cancer is complex, and with mortality rates increasing because of cancer metastasis, concern has grown in the cancer research community. Cancer cells seek environments where they can thrive, and a cyclical series of events drives cancer to grow and spread.

Stressed cells get damaged, which causes inflammation and genetic abnormalities to intensify. This allows cancer cells to develop because the inflammation, which can be reduced through supplements, breaks down cell signaling, allowing tumors to form and eventually spread.

The driving force behind cancer metastasis is inflammation because it increases tissue damage and encourages epigenetic changes. We originally thought that the genes we were born with could not be changed, but the discovery of cancer proved us wrong.

Environmental factors can turn genes on and off, causing genetic abnormalities. Such factors include toxins, poor nutrition, and stress-induced inflammation.

Inflammation has a split personality. In one respect it protects us from invading pathogens, but it does have a dark side.

Inflammation can get out of hand and, when it does, severe damage occurs. Heart disease, psoriasis, and arthritis are but a few of the conditions that are linked to chronic inflammation.

With the discovery of immune cells in tumor samples, scientists realized that inflammation plays a role in the development of cancer too. It’s why controlling inflammation is so important.

When a tumor starts to grow from a few cells that have wandered away from their home (likely via the interstitium), it scavenges oxygen from its surroundings. As it grows, it becomes more demanding and begins to develop genetic faults.

As they struggle to survive, they release chemicals that attract immune cells, which are rushed to the scene via an inflammatory response. Once inside the tumor, these immune cells release molecules that trigger the growth of blood vessels and bring in all the oxygen that the tumor needs to survive.

The Interstitium and Cancer

Scientists now think this organ is how cancer can spread so quickly and get so far within your body. Cancer that originates in your lung can metastasize and appear in your thyroid before you even realized it moved.

Travelling through this extensive fluid network would allow cancer to reach any part of the body with relative ease. This new organ could also explain how wrinkles form. The thought being that as you age, these channels fold in on themselves.

This space is where ink lives if you have a tattoo, so it could easily house a few travelling cancer cells seeking a new home. This area would be the first layer of cells that cancer would penetrate when forming a tumor.

This means that by sampling the fluid of the interstitium we could be able to identify cancer much sooner than with current methods. It could also tell us that cancer is spreading before it reaches the target organ.

With cancer, early detection is critical to successfully overcoming the disease. Understanding how cancer cells travel undetected through the body can help us to identify them faster.

Knowing that inflammation is also involved helps us to direct our efforts to reducing the inflammatory response, thereby stopping cancer movement in its tracks. We can prevent the cancer cells from moving by hijacking their inflammatory transport.

The discovery of this new organ now means we can also flush those cancer cells out of their not-so-secret hiding places.

READ NEXT >>> Have We Found a Cancer “Vaccine”?