Is Lab-Grown Meat Safe? How It&rsquo;s Made and the Future of Your Meals | 1MD Nutrition™

Is Lab-Grown Meat Safe? How It’s Made and the Future of Your Meals 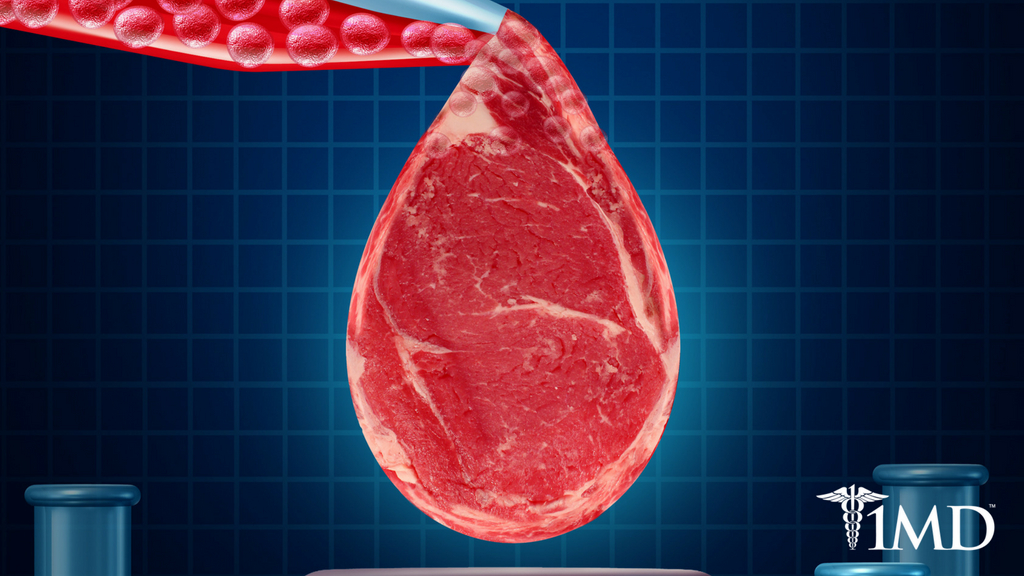 These days, with all the consternation about GMOs and other scientifically engineered food products, it’s easy to be fearful of the idea of lab-produced food becoming our regular source of sustenance.

But what is the truth about this science? Is it actually harmful for you? Or is it possible to have scientifically engineered food that is easy to produce and also nutritious?

Lab-grown meat seems like a science fiction fantasy to some, but it already exists and is more than just a wellness fad. Here’s what you need to know.

Lab-produced meat is created using a process that involves stem cells. These are incredibly powerful cells that can actually become any type of cell. That means a stem cell could become a liver cell, a heart cell, or whatever is needed.

| Related: How Exercise Can Regrow Your Heart |

Using this technology, it is possible to “grow” a cut of meat in a petri dish, starting with just a few stem cells designed to regenerate. These cells eventually become tissue, which is what makes up the muscles we know as “meat.” Some fat cells may be added at the end of the process to pack on flavor, and that’s how lab-grown meat is made. 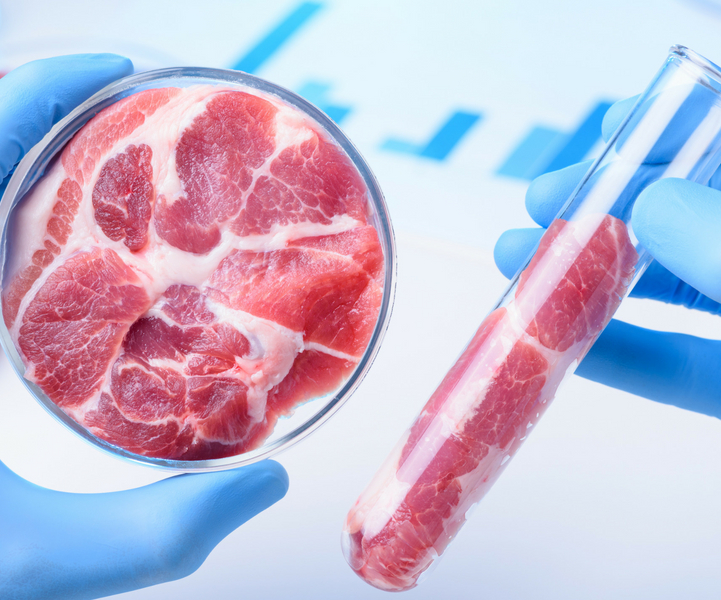 If this lab-grown meat becomes the new norm, will it be good or bad for our health? Well, you might be surprised to know that there are a few potential benefits to this scientifically engineered food. But there are also some definite downsides that need to be addressed as well.

Proponents of lab-grown meat claim that it will soon become easier to produce than traditional farming methods. The argument is that eventually, it will require less land and less labor to produce a cut of meat in a lab than it would to raise an entire cow, pig, or other animal.

Raising animals is a costly endeavor. They require shelter, food, plus the machinery and other materials needed to process the animal into a usable cut of meat.

The thinking is that, if lab-grown meat can be done efficiently and in a small contained space, it could become a much more viable mode of production for people or countries who don’t have the necessary land for raising animals via traditional means.

Also, if technology were to advance far enough, lab-grown food would make it possible to grow food in areas of the world where currently food simply can’t be produced. However, as it is now, the materials and size of the lab needed to create synthetic food is too great for it to become a viable option to replace traditional farming and livestock methods.

This is perhaps the biggest question that will determine the viability of lab-grown meat as a common practice in the future. The “first lab-grown burger” infamously cost about $400,000 to produce, so clearly the technology has a long way to go before we can get lab-grown meat onto customer’s plates affordably. 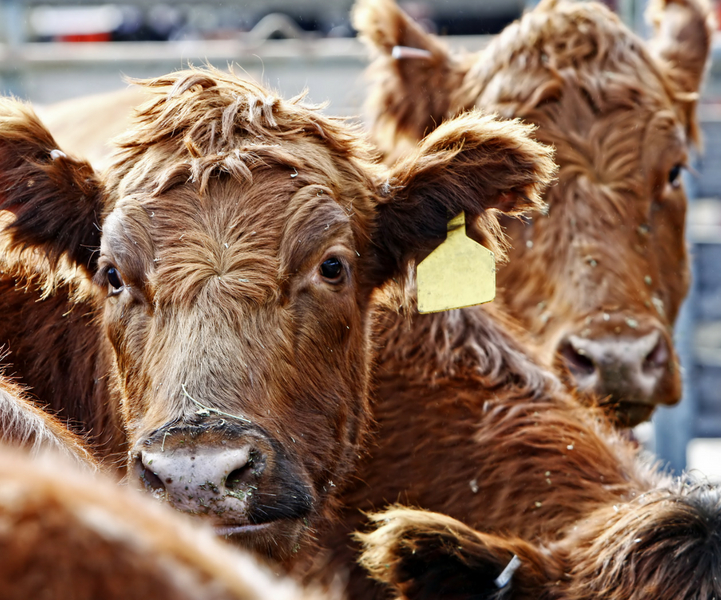 | Related: Should We All Start Eating Moss? |

But some estimates claim we are only a few years away from such a breakthrough. The goal of lab-grown food would be for it to someday replace traditional meat production methods. But for that to happen, it would need to be a more cost-effective option, which it presently is not.

Another option for potentially lowering the cost of lab-grown meat would be government subsidies. However, the prospect of how to manage, regulate, and even label lab-grown meat is a more difficult question than it may first appear.

This is a line of questioning you might not have considered, but the more you think about it, the more problematic the questions become.

Should lab-grown meat be labeled as “meat” or something else? Should it be regulated by the USDA, or by whichever lab produces it?

Even those within the cattle and livestock industries are divided. Some think that lab-grown meat should not be labeled as “meat,” because it does not involve any of the same industrial processes that normal meat undergoes.

Some farmers or cattle ranchers are understandably wary of what an influx of lab-produced meat could do to their industry. In fact, a similar situation is playing out currently concerning whether almond milk and other non-dairy milk alternatives should be called “milk.”

When it comes to evaluating the safety of lab-grown food, whose responsibility is that? Typically such a task would fall under the USDA, but since lab-grown meat isn’t a part of the current regulatory process, the future of such decisions remains unclear. 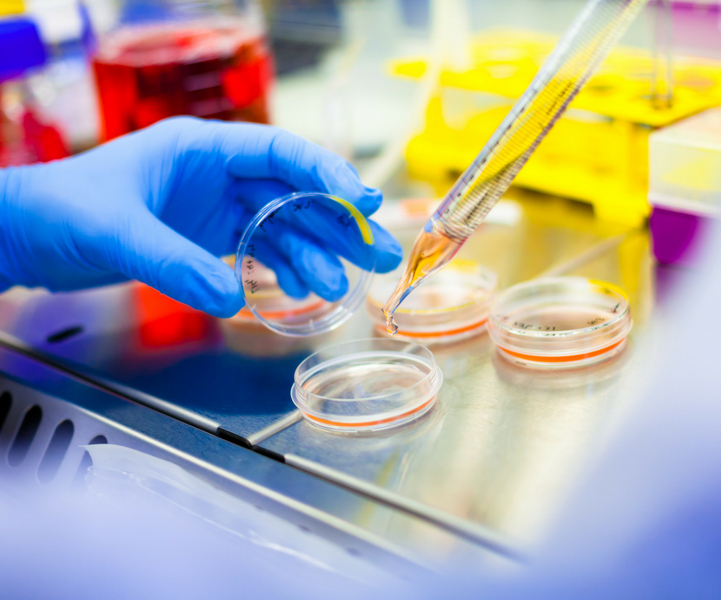 Would lab-grown meat be required to have a label identifying that it came from a lab? Could it be sold alongside regular animal-based meat? These are questions that have only begun to be answered.

Will People Buy It?

Another big question surrounding the future of lab-grown meat is simply whether or not consumers will actually purchase it. It’s one thing to develop the technology, but the fact is that the marketing around lab-grown meat will need to convince people it’s okay to eat.

| Related: The Weird Reasons for Many Bodily Reactions |

For evidence on how difficult this task could be, look no further than the current debate surrounding Genetically Modified Foods (or GMOs).

Some people remain convinced that GMOs contain harmful substances, due to the lab-based processes that go into creating the food. For them, all-natural food is the only way they’ll feel comfortable eating, and lab-based meat might be too big of a leap at the moment.

How Does It Taste?

Related to whether or not a market for it exists is the simple matter of taste. If lab-grown meat tastes inferior to regular meat, chances are it will be tough to sell it to the general public. 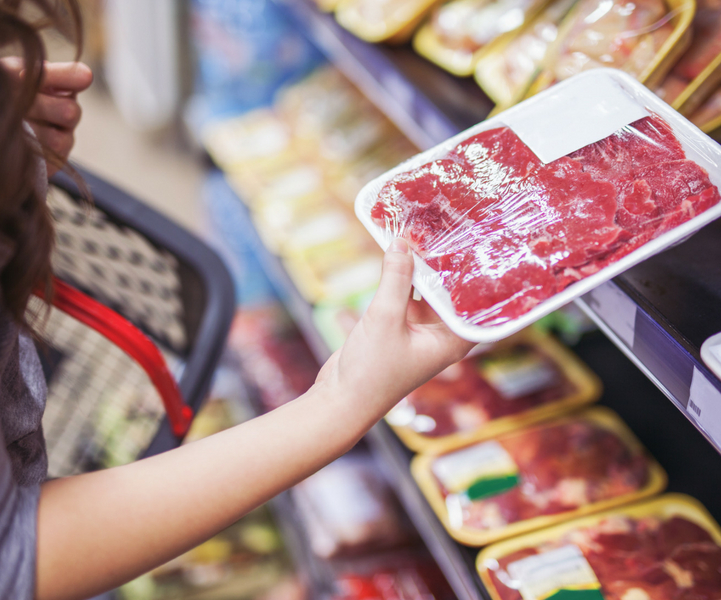 People will already have issues with the concept of lab-produced meat, and if the taste is even a little bit different than regular meat, there will certainly be some folks who refuse to make it a regular part of their diet.

Despite all the promise that could come from lab-produced meat, we still have a long way to go before it becomes a regular presence on your dinner plate.

From the affordability, the legality, the logistics of building the necessary labs, and the willingness of people to actually consume meat grown in a lab, there are still many questions left to be answered about this potentially groundbreaking technology.

Even considering that, though, lab-grown meat may be the solution to many pressing issues in the modern world. It’s definitely something to keep an eye on.