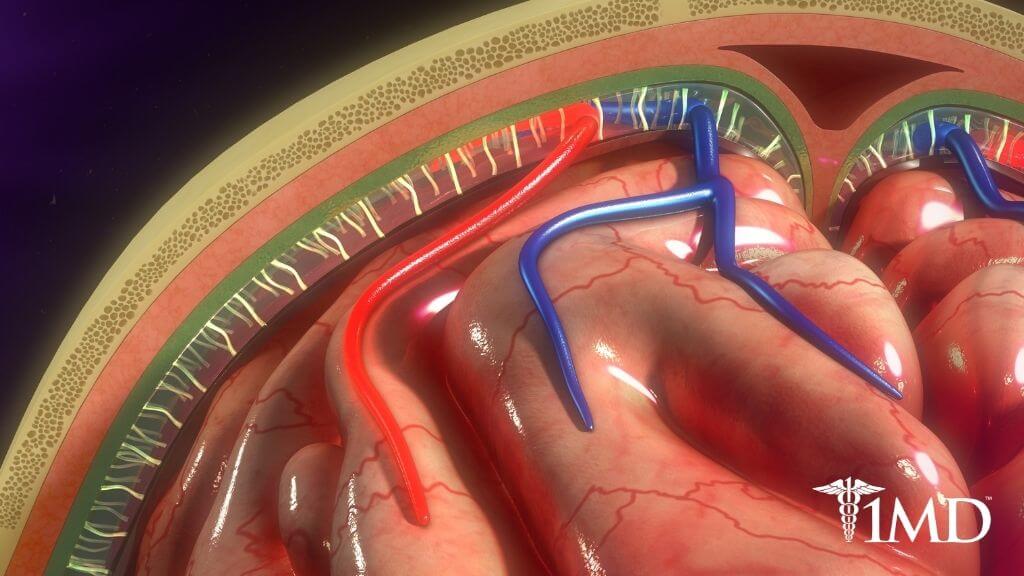 Our bodies do all kinds of weird things. Most of the time, we just chalk it up to daily life and move on without thinking too much about what causes the phenomena, but, if you’ve become curious, you’re in luck.

We’re going to take a look at variety of quirks that you may have experienced to see which bodily processes cause them. You’ll be sure to impress at the water cooler with your new-found knowledge and be an asset to your team on trivia night.

Picture this: you’re hungry and hot and have just acquired a delicious, frosty smoothie. You immediately begin to slurp it down when a sudden, searing pain shoots through your head.

Believe it or not, a study on the cause of brain freeze was published in 2012. Researchers found that brain freeze pain was caused when something cold (in this case, ice water) hit the participant's upper palate.

They observed a sudden, significant increase of blood flow through the brain’s arterial cerebral artery. The pain went away when the artery constricted back to its normal state.

This widening of blood vessels, called vasodilation, could contribute to other headaches, including migraines, thereby justifying a study done on this common affliction.

Dr. Jorge Serrador, who ran the experiment, theorized that this vasodilation is one of your body’s defense mechanisms. Blood vessels expand and send more blood to the brain in order to protect it from the extreme cold.

If you’ve overindulged too quickly on frozen treats, the cure is simple: warm up your upper palate. You can either press your tongue to the roof of your mouth or sip something that isn’t cold to relieve the pain.

Everyone has had them. Most of the time they’re a minor inconvenience unless they occur at an inopportune moment, like when you’re an actor who’s supposed to be dead on stage.

Hiccups are caused by involuntary contractions of your diaphragm, the muscle that contracts and expands when you breathe. This contraction also reaches your vocal chords, which is what makes the “hic” sound.

Normal hiccups are triggered by a variety of things, including drinking carbonated beverages, swallowing air, eating too much, drinking too much alcohol, and excitement or emotional stress.

| Related: How to Relieve Stress and Inflammation |

Just what do you define as “normal hiccups”? Basically hiccups lasting less than 48 hours. Shocked? They can even last for months or years in rare cases. See your doctor if you are unfortunate enough to have them last for 48 hours or they are severe.

You might be familiar with a variety of home remedies to get rid of hiccups, and you’ve probably tried several of them to varying rates of success.

Examples of these cures are:

♦ Breathing into a paper bag

♦ Having someone scare you

Hopefully hiccups don’t give you too much trouble, but at least you’ll know what’s happening the next time they hit.

Sense of Falling and Jerking Awake While Going to Sleep

It can take quite a lot of words to describe the disconcerting feeling that many of us have when we’re just about to fall asleep. The technical term, hypnic (or hypnagogic) jerk, is, unfortunately, less commonly known.

Up to 70% of people experience hypnic jerks, though this phenomenon, unlike the previous two, has an unknown cause.

| Related: Sleeping on Your Left May Benefit Your Health |

That doesn’t mean that people don’t have theories.

This involuntary spasm, also called sleep starts, might simply be a natural part of your body transitioning to sleep, causing nerves to misfire.

Others think that as your body’s muscles relax, your brain misinterprets this as you falling and then suddenly tenses to protect you. A further explanation of this attributes it to an ancient primate reflex: as your muscles relax, the brain thinks that a sleeping primate is falling out of a tree and stimulates muscles to react.

Still others attribute sleep starts to your body relaxing faster than your brain, which causes your brain to think that you’re falling.

Hypnic jerks are common and are nothing to worry about unless they’re disrupting your sleep.

Things that might contribute to sleep starts include lots of caffeine, emotional stress, or sleep deprivation.

So all you need to do is cut back on coffee and stress out less. No problem, right?

A sudden chilling wind hits you. Something goes bump in the night. A loved one walks down the aisle. A smell lands you back in grandma’s kitchen.

Any one of these seemingly unrelated events could end up causing goosebumps.

The term comes from our skin’s resemblance to that of plucked fowl, though why goose was chosen out of all the available options, we may never know.

Goosebumps are a leftover reaction from our animal ancestors. They occur when the tiny muscles that are attached to each of our hairs contracts, which creates a depression, causing the other areas of our skin to stick out.

It also makes our hair stand on end, which is why we get goosebumps when it’s cold. For animals who have fur coats, their hair standing on end creates an added layer of insulation to keep them warm. This doesn’t really help us at all, but those tiny little muscles don’t know that.

So why do we have emotional goosebumps? Once again, we’ll first look at animals. If an animal feels threatened, their fur standing on end makes them appear bigger and like less of an easy target.

For humans, fear or other emotional situations involving excitement or anger can trigger the release of adrenaline, which, along with a variety of other side effects, results in goosebumps.

There’s really not a way to avoid goosebumps, aside from never being cold and never having strong emotions, so really, life is probably better with them.

We might not ever know the reasons behind everything that our bodies do, but at least you now have a little deeper knowledge in regards to some strange phenomena.

At least with this information, you can better relieve yourself of ice cream headaches, allowing you to, of course, enjoy more ice cream.

READ NEXT >>> Could the “Sanskrit Effect” Improve Your Brain?