What Happens in the Brain When You Have Depression? Causes &amp; Treatments | 1MD Nutrition™

What Happens in the Brain When You Have Depression? Causes & Treatments 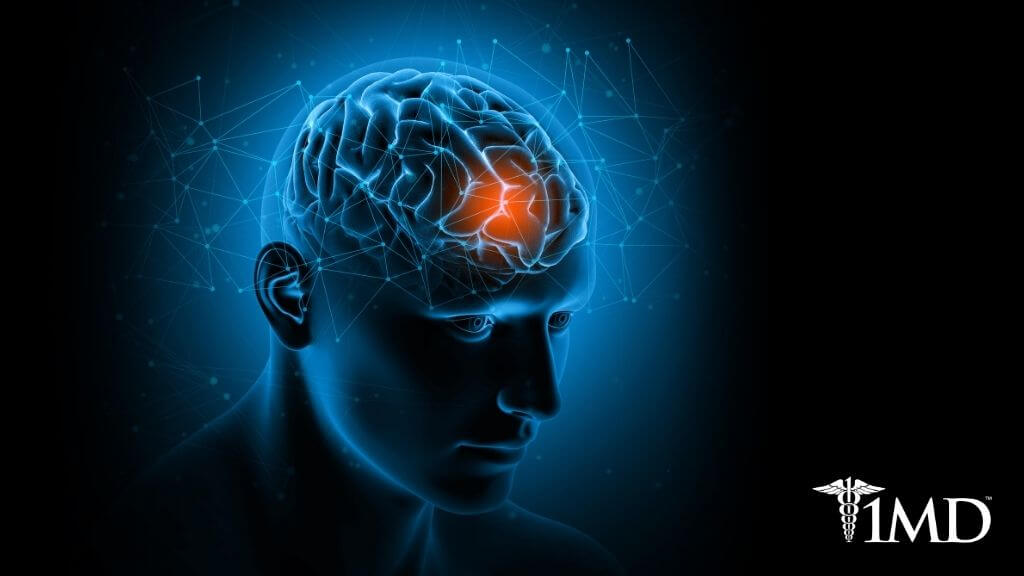 Cognitive decline is a normal part of aging, but dementia is something we all want to avoid. It has long been theorized that depression contributes to brain aging, which increases your risk of developing dementia and Alzheimer’s.

New research concluded that there is a link between depression and dementia, which means there may be steps you can take to protect your brain and keep it young.

Depression is already one of the leading causes of disability in the United States. Its contribution to the development of dementia makes it even more of a health threat, which is why people have begun seeking natural treatment alternatives, like turmeric, in record numbers.

In fact, it seems as though depression is an early sign of dementia and can be used to identify it much sooner. This increases the chances of improving symptoms and supporting brain health for longer.

It has long been thought that anxiety and depression lead to a higher risk of dementia in later life. Recently, studies have found evidence that depression symptoms have an impact on cognitive decline.

| Related: What Is the Best Diet to Fight Depression? |

The study involved patients diagnosed with depression as well as those only exhibiting depressive symptoms. Tests confirmed that decision-making abilities were lowered when memory loss was present. 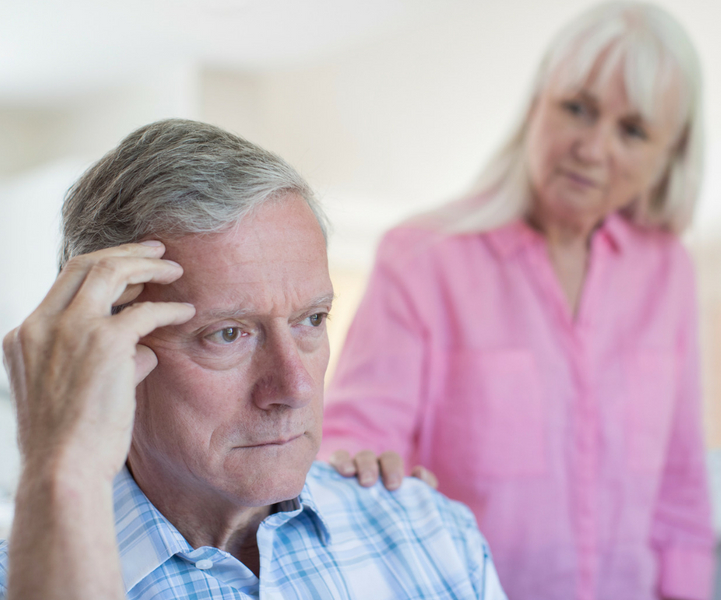 It is thought that depression causes changes in the brain that impair cognition over time. Specifically, the release of cortisol in excess amounts can damage the brain.

This stress hormone is released when the body is anxious and depressed and repeated exposure damages the cognitive abilities of your brain. Our brains are designed to respond to stress in limited doses because the stress response is intense, so it is understandable that too much will be harmful.

Depression also causes shrinkage to certain parts of your brain. Studies revealed that depression reduces the size of your hippocampus. This component of your brain is responsible for helping us to develop new memories.

| Related: How Daily Turmeric Could Improve Your Memory |

Patients with dementia have been shown to have smaller hippocampal volumes, so it is thought that the shrinking brain associated with depression will lead to eventual dementia.

Patients with dementia or signs of brain aging can have depressive symptoms without a diagnosis of major depression. Symptoms to be aware of include:

♦ Sleeping too little or too much

♦ Lack of interest in activities 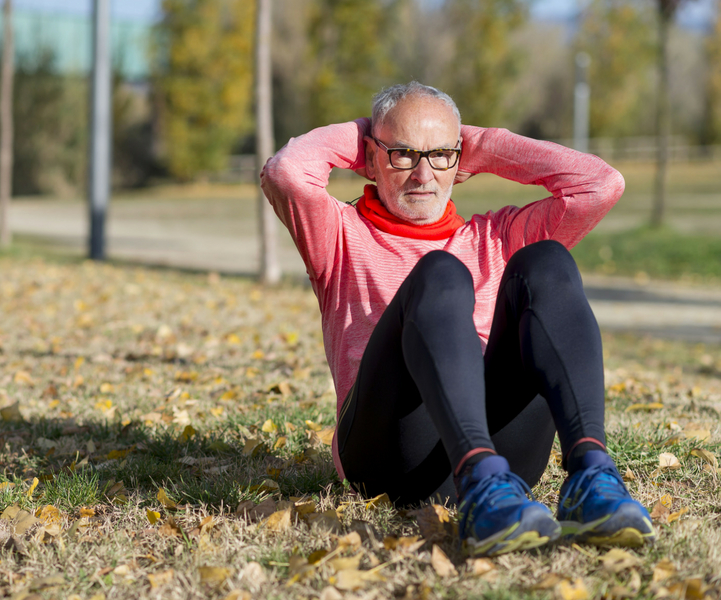 Each of these symptoms is thought to contribute to or is the result of changes in the brain. Depression or depressive symptoms trigger changes in hormones as well as the physical size of the brain, and this impacts the ability of your brain to function efficiently.

It is thought that by identifying depression treatment can be provided to prevent any further aging of the brain.

Cortisol release increases during depressive episodes, and when in excess, a chemical imbalance can occur. This impacts the production of neurons, which causes the size of the hippocampus to shrink. A smaller hippocampus impairs memory formation, which is a tell-tale sign of dementia.

How to Treat and Prevent Depression Naturally

Since individuals with depression are seen to face a steeper cognitive decline in later years, it is advantageous to treat depressive symptoms right away. The longer your brain is exposed to the chemicals changes and stress associated with depression, the more cognition will fade.

Outside of therapy and medications for major depressive disorders, there are things you can do to fight feelings of depression. Improving your mood will be the best way to keep your brain young. 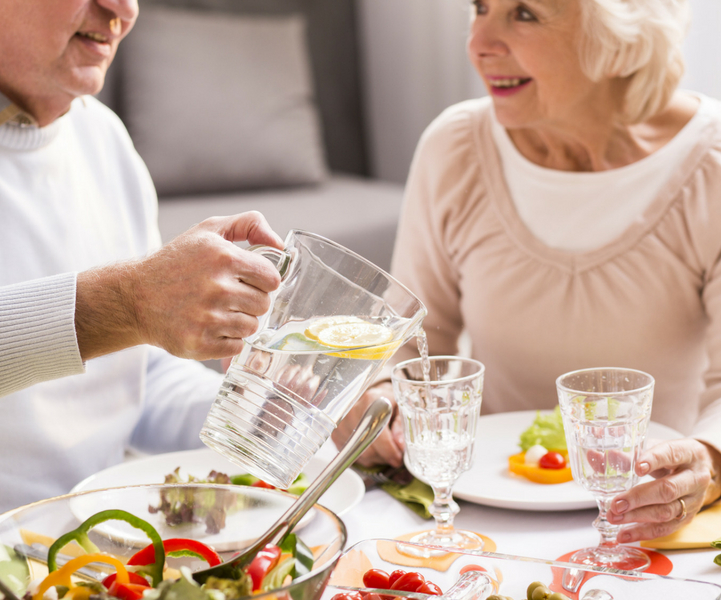 Regular physical activity not only reduces stress, but it also enhances confidence and warms your body, which is a very soothing feeling. In addition to this, it triggers the release of endorphins, which are neurotransmitters that elevate mood.

As these chemicals increase in the brain, those that intensify depression are reduced, making exercise a natural antidepressant.

The link between food and mood lies in the gut-brain axis. The bacteria in your gut communicate with your brain, and an unhealthy gut is often associated with stress and negative emotions.

Poor diet also increases your risk for health problems and obesity, and this can lead to diminishing confidence.

| Related: The 12 Most Antioxidant-Rich Foods to Fight Inflammation |

A healthy balanced diet leads to less inflammation in the body. Supporting gut bacteria health will keep your gut efficient and your brain happy. A happy brain can stave off cognitive decline much more efficiently.

Vitamin C has been used to boost mood because deficiency has been linked to depressed feelings and fatigue.

Vitamin D is another beneficial nutrient that can improve mood and psychological health. There is a connection between vitamin D and the production of serotonin, which is a mood-boosting hormone.

Snack on an orange or other citrus fruit and take a relaxing stroll in the sun, which will ensure you'll get the daily boost of vitamins C and D you need.

A root used for centuries in Indian medicine and cuisine, turmeric has been shown to fight inflammation and produce beneficial effects on cognitive health. This occurs because of its active compound, curcumin.

While available in food as a spice, it is most often taken a turmeric supplement. 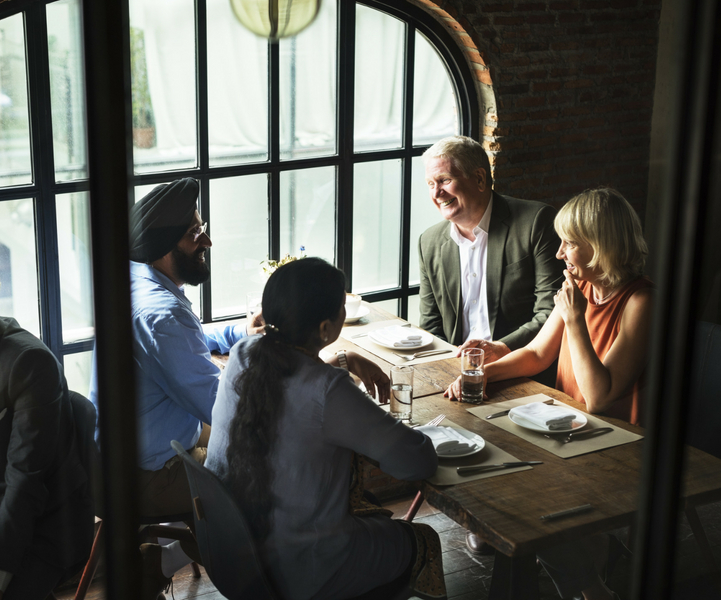 Yoga and meditation have been proven to calm anxious minds and reduce depressive symptoms. Fatigue, tension, anger, depression, and anxiety are all reduced with regular deep breathing, yoga, or meditation.

By re-focusing your mind, more positive energy can flow, boosting your mood, and keeping your brain young.

A major contributor to depression is loneliness, and the best way to avoid that is by maintaining human contact. Humans are social creatures, and, when connections are missing, isolation and despair develop.

Arrange to hang out with your friends, join clubs, go to networking events, or start exercising in a group. The more meaningful contact you have in the world, the more elevated your mood will be, which will ward off depression and dementia all in one.

Depression is a mental health illness, so it makes sense that the brain will be the target of its afflictions. Along with other physical problems, your brain is worn down, and shrinkage leads to cognitive decline and even dementia.

Your brain is going to age along with the rest of your body, but depression will speed this up. Being aware of depressive symptoms and knowing how to treat them will be your best defense. You can keep your brain young, no matter what your age says.