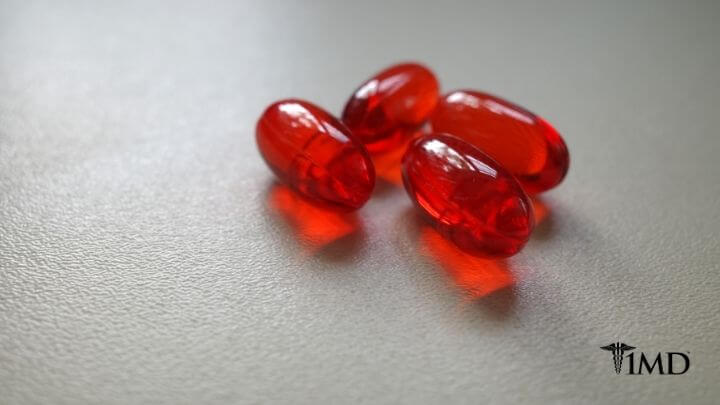 The third leading cause of death in the United States doesn’t have to do with your heart, but your lungs. Chronic obstructive pulmonary disease, or COPD, includes emphysema and chronic bronchitis and makes it hard to breathe.

11 million Americans live with COPD, which can seriously impact your quality of life and lead to early death. COPD also puts you at a higher risk of developing lung cancer, heart disease, and other complications.

There is a bit of good news: While COPD isn’t curable, it is treatable and, in many cases, preventable. In addition to treatments like medication, oxygen therapy, and, in some cases, surgery, there are lifestyle and diet changes that can help you manage living with COPD.

In fact, recent research has begun connecting omega-3 fatty acids with improvements in the symptoms of lung problems as well as the potential for a lower risk of developing lung disease.

In addition to whatever medications and treatments that your doctor prescribes for you, there are lifestyle and diet changes that can help treat COPD.

Getting plenty of vitamins, minerals, and antioxidants from fresh fruits and vegetables can also help keep your immune system strong and fight off respiratory infections.

Adding omega-3 fatty acids into your diet may also help. Omega-3s are anti-inflammatories and could help stop lung damage caused from smoking.

| Related: Why EPA & DHA Are Essential to Krill Oil |

Omega-3s are found in fatty fish like salmon and mackerel, and are widely available in the form of fish or krill oil supplements. Note that krill oil has been found to be more effective than fish oil. They can also be found in flaxseed, chia seeds, walnuts, and hemp seeds if you’re a vegetarian.

Stop smoking: This is the most important change to undertake, especially if you’ve developed COPD due to cigarette smoke. It is also probably the hardest, assuming that you have a history of long-term smoking.

You can find resources and help to quit smoking here. Keep in mind that if you have COPD, you should not use e-cigarettes or vaping as an alternative to smoking.

Exercise: Exercise when you have trouble breathing? It sounds counterintuitive, but regular exercise will help strengthen your lungs and respiratory muscles.

| Related: Phospholipids Are Key to a Potent Krill Oil |

Many people with COPD battle with depression and anxiety as a result. Exercise produces endorphins, which are chemicals that create a positive feeling and can help alleviate feelings of depression.

Focus on your breathing: Talking to your doctor or a respiratory therapist about breathing techniques can help you breathe more efficiently on a daily basis as well as when you’re short of breath.

Stay hydrated: When you have COPD, mucus tends to collect in your airways, which causes a chronic cough. You can minimize the amount of mucus that is produced by staying hydrated. This means drinking plenty of water and using a humidifier.

Let’s go more in depth as to what COPD is and what is going on in your body when you have it.

COPD is a chronic inflammatory lung disease where the airways in your lungs become inflamed and the passageways narrow. Not only is there less air making it in and out of your lungs, but the tissue where oxygen is exchanged is damaged and doesn’t function.

This damage and inflammation is caused by long-term exposure to irritants, most often cigarette smoke, though non-smokers can also develop COPD.

Oftentimes, symptoms of COPD don’t become obvious until the disease has progressed to its later stages. Early detection is key to effective treatment, so if you’re concerned about COPD, especially if you’re experiencing shortness of breath during everyday activities, it is important to talk to your doctor.

Other symptoms of COPD include:

♦ Producing a lot of mucus (phlegm or sputum)

♦ Blueness of the lips or fingernail beds (cyanosis)

♦ Swelling of the legs, ankles, or feet

Many people mistake the early signs of COPD as natural changes that come with age, and thus don’t identify the disease until it has reached its more severe stages. Remember, early treatment is your best bet to minimize the symptoms of COPD.

Sometimes, people with COPD will experience periods called exacerbations. This is when your symptoms become worse for days or weeks. They can be caused by respiratory infection or environmental triggers, and you should see your doctor immediately if you notice a change in your mucus, your coughing becomes worse for an extended period of time, or breathing becomes more difficult.

Causes and Risk Factors for COPD

The number one cause of COPD in the United States is long-term cigarette smoking. Cigarette smoke contains toxins that narrow air passageways and damage your lungs, which, over time, can develop into serious lung disease. This, fortunately, is also the most preventable cause of COPD.

Exposure to other irritants can also cause COPD. This includes other forms of smoke, like second hand, cigar, and pipe smoke.

Air pollution, dust, and fumes can also contribute to the development of COPD. This can be in the form of a home with poor ventilation or a workplace environment that has a lot of dust or chemical fumes or vapors.

COPD, though it is a serious and chronic disease, is preventable and treatable. Not smoking or quitting smoking is the best and most effective way to prevent COPD or to slow its progression.

In addition to treatments prescribed by your doctor, you can make lifestyle changes that can help you get a handle on COPD, such as exercising, changing your diet, and including omega-3 fatty acids in your daily menu.

READ NEXT >>> Harness Omega-3s to Protect Your Brain