Anything that is released that is not urine or semen is called penile discharge, and it is usually the result of an STD, but there are other possible causes too. Most cases can be successfully treated, so seeking a diagnosis is key to finding relief. 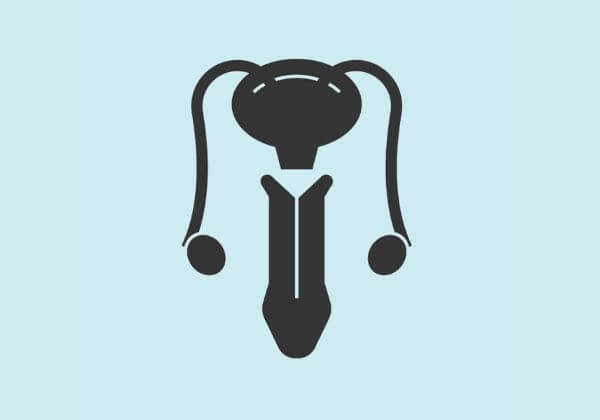 A healthy penis will release semen and urine. Anything that is released that is not urine or semen is called penile discharge, and it is usually a symptom of an underlying condition or issue.

The discharge originates from the urethra, and it can be white and thick or watery and clear. Sexually transmitted diseases are common causes of penile discharge, but there are additional causes that may require medical attention.

Penile discharge is the symptom of several medical conditions. The cause of the discharge is important in determining treatment, and additional symptoms can help to narrow down the diagnosis.

Other symptoms commonly known to appear with penile discharge that indicate a medical issue include:

Bacterial infections, damage from a catheter, genital injuries, and irritation from soap or detergent can all cause penile irritation and discharge. Medical issues are also known to cause penile discharge, with STDs like gonorrhea and chlamydia causing this most frequently. 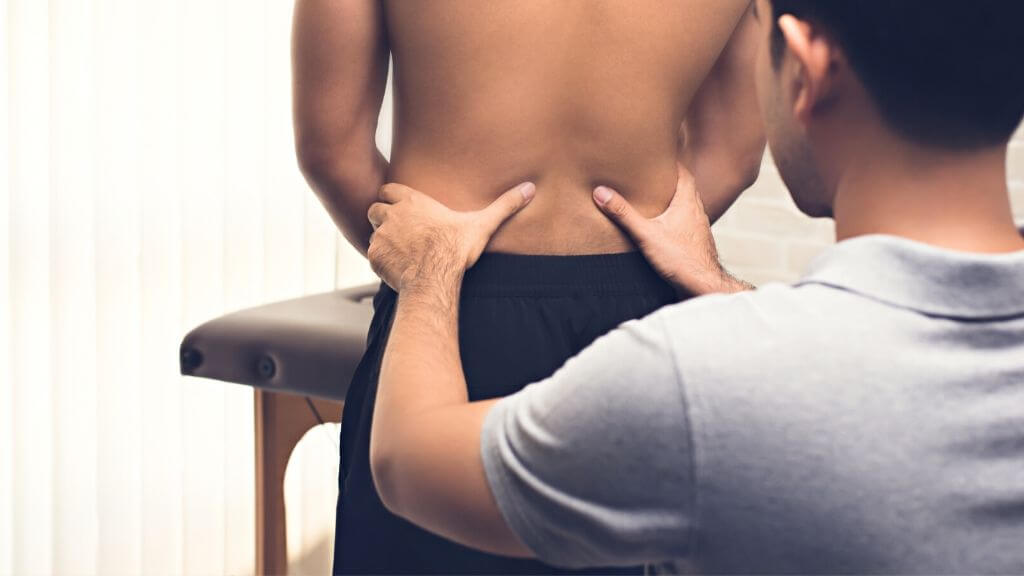 Other than STDs, there are conditions commonly known to cause penile discharge.

♦ Urinary tract infections (UTI): Men are less likely to get UTIs, but they can still get them. The most common type of UTI in males is called urethritis, and one of the first symptoms is discharge. The condition is characterized by an inflamed urethra and can be caused by gonorrhea or other infections.

♦ Adenovirus: This is a common virus that commonly causes cold-like symptoms. It can affect you at any age, but it is worse for men who are older or those who have compromised immune systems. When the virus travels through the body, it can reach the urethra, causing inflammation and pain. As a result, you may experience penile discharge.

♦ Prostatitis: Your prostate is a gland surrounding the urethra that produces prostatic fluid, which is an important component of semen. When this gland becomes inflamed as a result of injury or infection, it can cause penile discharge. Blood in the urine, foul-smelling urine and difficulty urinating are all symptoms of prostatitis. This condition either goes away on its own or with treatment. If it becomes chronic, treatment will help to relieve symptoms.

♦ Smegma: Smegma is the accumulation of a white, thick substance under the foreskin of an uncircumcised penis. It resembles discharge, but it is not the same. The fluids making smegma are naturally produced to keep the area hydrated and lubricated, but without regular washing, they can build up and cause a problem. The accumulation of smegma also creates a moist, warm environment that is perfect for bacterial growth, thereby increasing your risk for infections that can cause discharge.

♦ Balanitis: Inflammation of the foreskin is known as balanitis, and it only happens in those with uncircumcised penises. It is a painful condition, but it is not serious. Symptoms such as odor, itchiness, redness, and tightening of the foreskin will accompany penile discharge. Your risk for balanitis can increase with bacterial or fungal infections, irritation from soaps, and the presence of eczema. 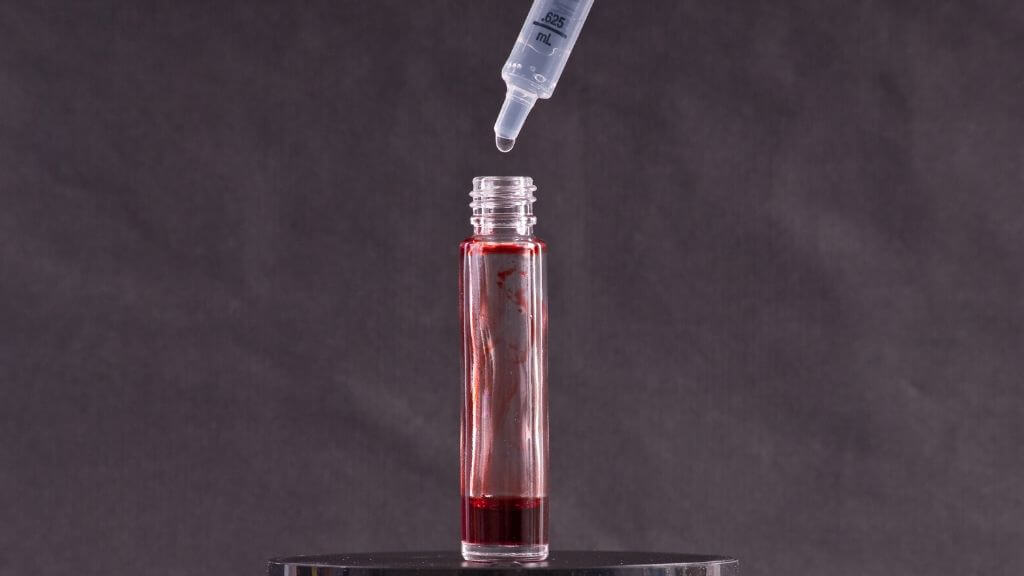 To successfully treat penile discharge, you need to know the cause. The first step your doctor will take is to rule out an STD, as these are the most common causes. Urine and blood tests can quickly identify if an STD like gonorrhea or chlamydia is to blame.

These diseases do not always cause symptoms right away, so you could have one of them for months without realizing it. If you have unprotected sex, you should get tested for STDs right away because treatment is more effective when started right away.

The problem with ignoring penile discharge is that if an underlying condition is to blame, you increase your risk for serious complications. With chlamydia and gonorrhea being the most common causes of penile discharge, it is important to get treatment right away. 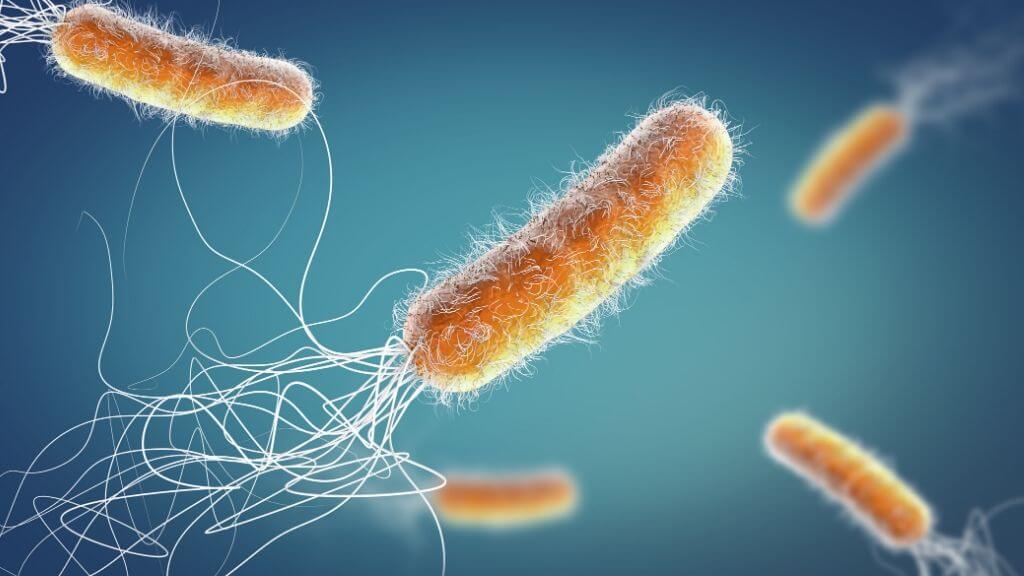 The treatment for penile discharge will depend on the cause.

♦ UTIs will be cleared up with antibiotics, and once the infection is cleared, you should no longer see discharge. It is important to complete all courses of medications for UTIs, even after symptoms have disappeared. This is necessary to ensure the infection is really gone.

♦ Prostatitis is treated with antibiotics and anti-inflammatory medications. In many cases, this condition can get better on its own, but medications help to speed recovery and relieve symptoms. Alpha-blockers are also common to help relax the bladder muscle.

♦ Smegma can be treated (and prevented) with good hygiene. Gently washing the area (after pulling the foreskin back) keeps the area clean and free of any fluid buildup.

♦ Balanitis is treated according to the cause and can include antibiotics, antifungal medications, and steroid creams to relieve inflammation and swelling.

In addition to medical treatment, there are natural options you can try to reduce inflammation and pain. You can also fight infections that can be causing a penile discharge.

Conditions that cause penile discharge typically involve inflammation and infection, and the best natural remedies for these are below.

♦ USPlus Saw Palmetto: Saw palmetto is a plant extract that relieves inflammation. Inflammation associated with balanitis, prostatitis, and infections can be reduced with this enhanced version of saw palmetto.

♦ Pygeum: Pygeum has been successfully used to treat urinary tract infections, and it reduces the symptoms associated with BPH. Both BPH and UTIs cause inflammation and swelling, as well as penile discharge. Treating these conditions can relieve discharge and pain.

In addition to these, certain mineral-related ingredients can improve prostate health. Prostatitis is a common cause of penile discharge and an increased risk of infection. Promoting the health of your prostate reduces the risk of disease and uncomfortable symptoms like penile discharge.

♦ Copper AAC: Large doses of copper AAC can destroy cancerous cells in the prostate. AAC is an enhanced version of the mineral that is easily absorbed and more efficient than just copper alone.

♦ Boron AAC: This reduces inflammation in the prostate and can inhibit the growth of cancerous cells.

When to See Your Doctor

Penile discharge is usually the result of an STD, but there are other possible causes too. You should see your doctor any time that you notice discharge to rule out STDs or to identify the cause quickly.

Most causes of penile discharge can be successfully treated, but ignoring the symptom can result in serious complications. You also want to identify if an STD is to blame, so you do not transmit the disease to others. 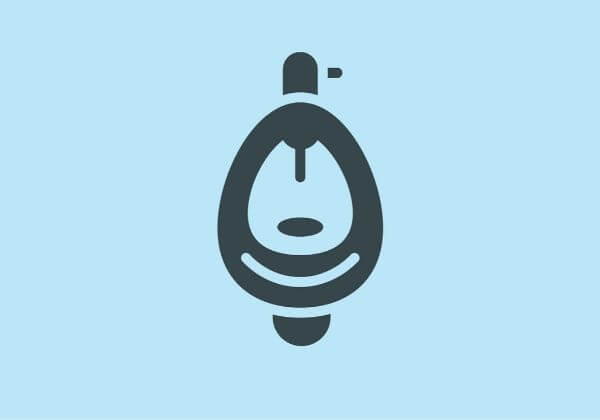 Trouble Urinating: Causes, Diagnosis, and When to See Your Doctor

Are you having trouble urintating? 1MD health guides provide you with natrul treatments and causes f... 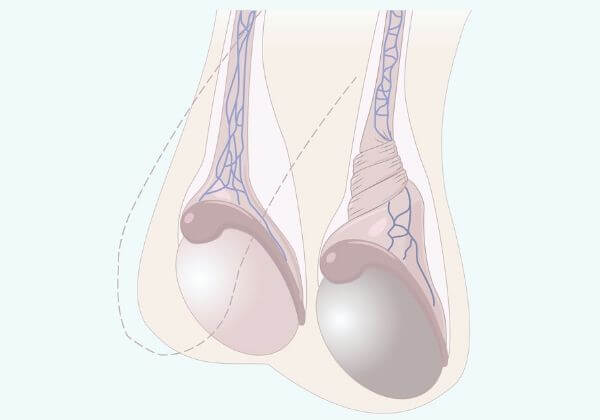 What is testicular torsion and when is the right time to see a doctor? This guide provides you with ... 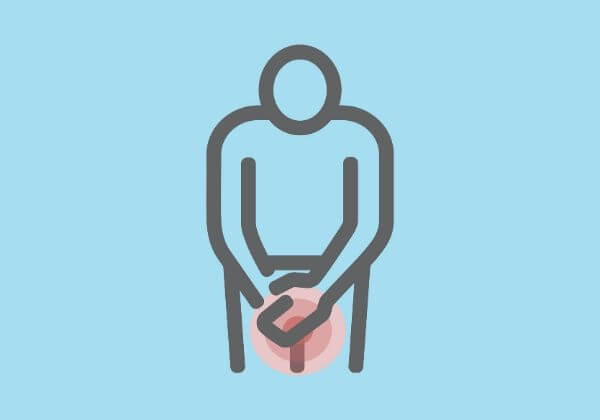 Testicle Pain: Causes, Complications, and When to See Your Doctor

PAin in the testicles may be a result of another serious condition, know when it's the right time to... 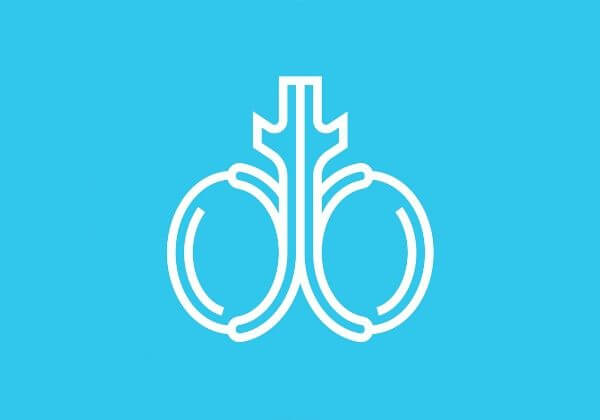 Use this guide to understand the possible causes and symptoms. Know the correct treatments for a swo... 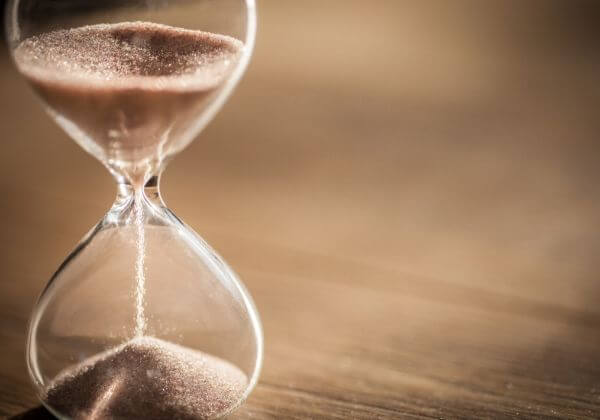 Premature Ejaculation: Causes, Treatment, and When to See Your Doctor

Know when it's the right time to see the doctor, read about the causes and treatments available for ... 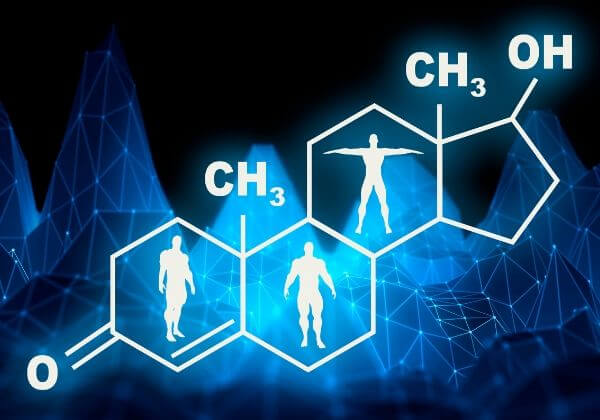 What is Low testosterone? Learn how to identify the symptoms early, 1md also provides you with cause... 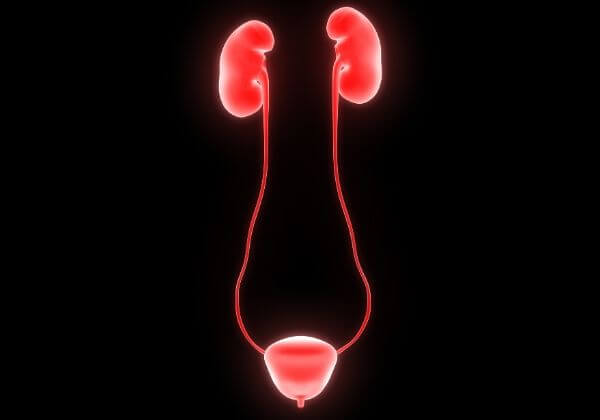 Frequent Urination: Causes, Treatment, and When to See Your Doctor

Are you experiencing frequent urination? Read about the symptoms, causes, and know when it's the rig... 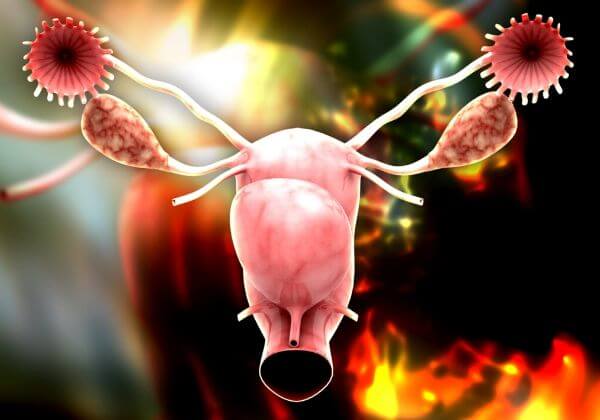 What is Epididymitis and how does it effect your health? 1MD provides you with the risks, complicati... 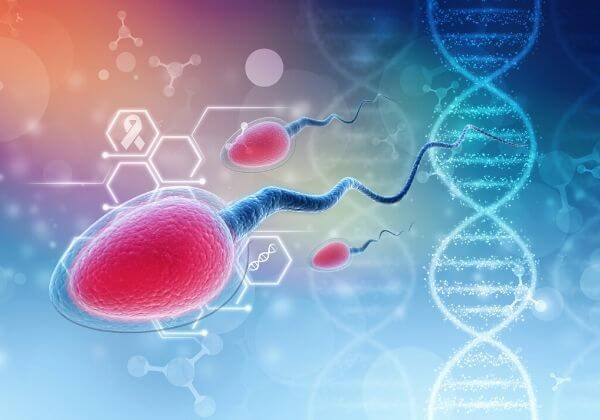 When is the right time to see a doctor? 1MD provides you with causes, symptoms and possible treatmen...