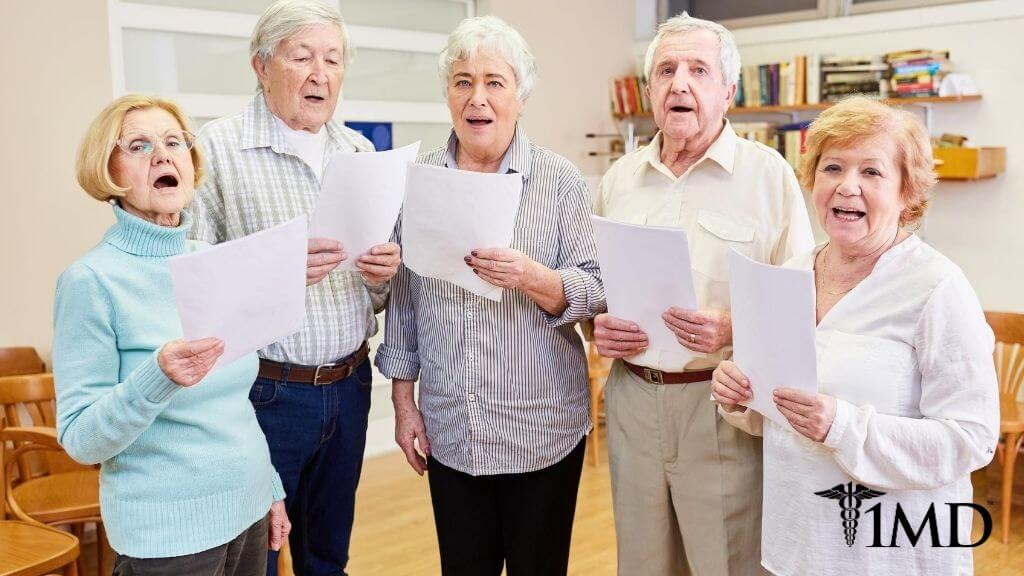 For the one million people who suffer from Parkinson’s disease in the United States, there may be a non-medication treatment to help with speech, swallowing, and depression.

Singing, long known to elevate mood and feelings of well-being, could be a breakthrough treatment for Parkinson’s patients. The breath control and unique muscle movements and exercises involved in singing has been shown, in this preliminary study at least, to improve vocal loudness, pitch duration, swallow control, and mood.

After a one-hour session of vocal and breathing exercises then singing, all three levels were reduced and the participants reported feeling less sad and anxious.

To this effect, Stegemöller noted that, "We see the improvement every week when they leave singing group. It's almost like they have a little pep in their step. We know they're feeling better and their mood is elevated.”

The results weren’t just limited to strict data and emotional strides. "Some of the symptoms that are improving,” Stegemöller said, “Such as finger tapping and the gait, don't always readily respond to medication, but with singing they're improving.” 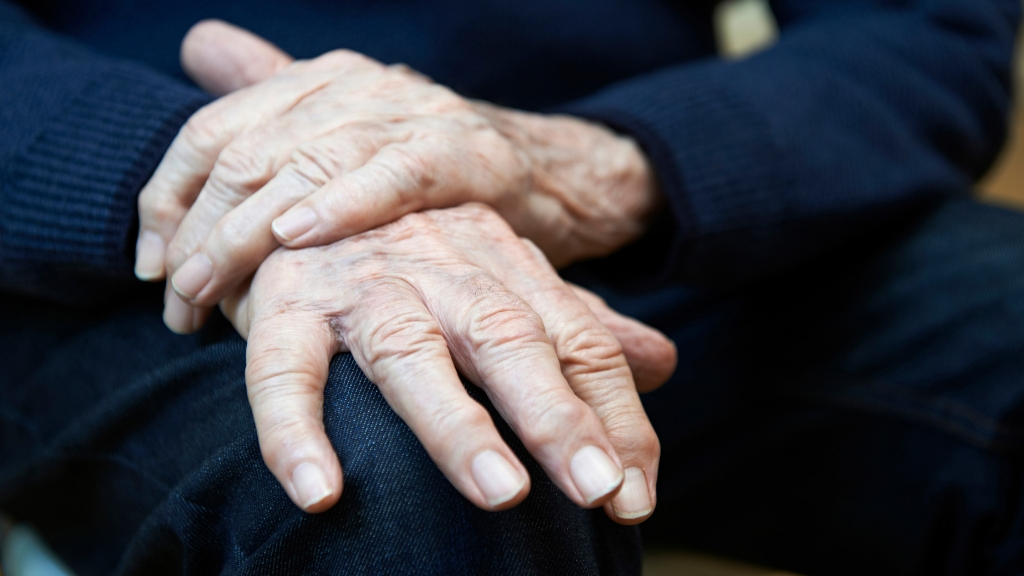 In 2015, Stegemöller led weekly therapeutic singing groups for Parkinson’s patients in Iowa for an 8-week study.

Pitch range & duration and swallowing measures were taken at the beginning of the study for four singing groups and a total of 30 people. The groups met weekly for a similar hour-long session of exercises and singing, working together as a group.

At the end of the two months, there was significant improvement in all areas, and participants also reported a lift in mood and a feeling of community and that they were not alone in this fight.

How Does It Work?

Scientists are still trying to pinpoint how, exactly, singing is benefiting people with Parkinson’s.

They theorize that cortisol, a stress hormone, may be lowered because of the social aspect of singing and the positive mood changes after a session. The study not only involved singing and exercising, but interacting with each other as a group.

Further research will look into oxytocin, a hormone that is associated with bonding, and measuring heart rate/heart rate variability will tell researchers exactly how much the body is relaxed after singing, which could also help explain its therapeutic benefits. 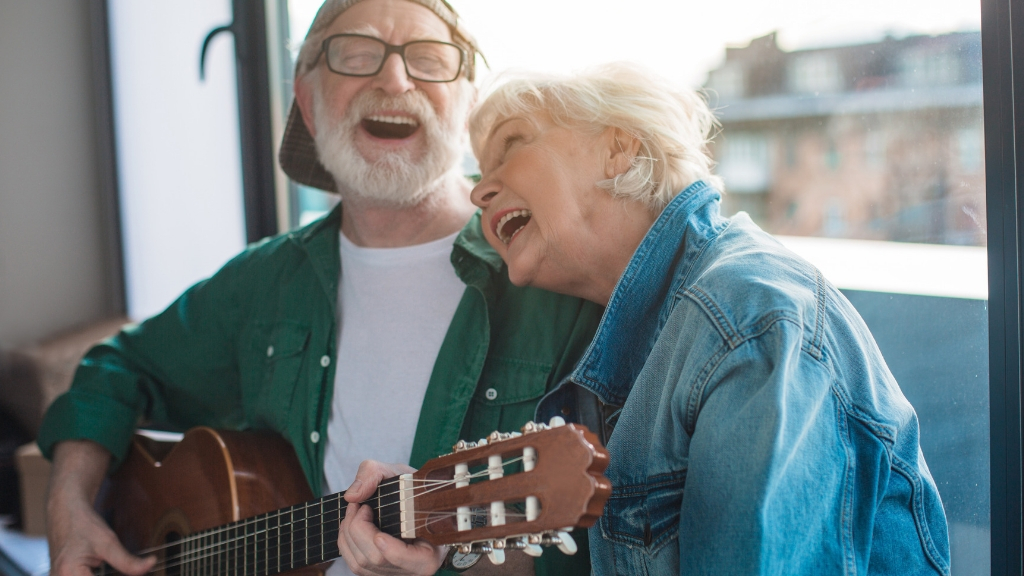 Treatment for the mental and emotional symptoms of Parkinson’s is just as crucial as treatment for the physical ones. Unlike standard physical therapy, singing provided fun along with a physical working of muscles. Though it may be cliché, it is true that one should never underestimate the power of fun.

An elevated mood after spending time doing an activity that you love with new friends can reduce stress and reinvigorate you. There’s also the sense of community that is so important, as Parkinson’s patients don’t feel like they’re alone and can be part of a group going through a similar experience.

Stegemöller wrapped it up well by saying, “Something like singing is not only addressing the physical needs, but also social and emotional aspect.”

What Does It Mean for People With Parkinson’s?

This work is still in the beginning stages, so there is a lot of work to be done and data to be collected before scientists have a good idea of just what is at work here. Plus, the study groups have been small and the studies themselves few.

That being said, the results have been overwhelmingly positive, and concerning both physical and emotional symptoms of the disease. The other upside is that anyone can sing. Breathing exercises, posture work, and technique require skill and effort, but anyone can learn to do it. 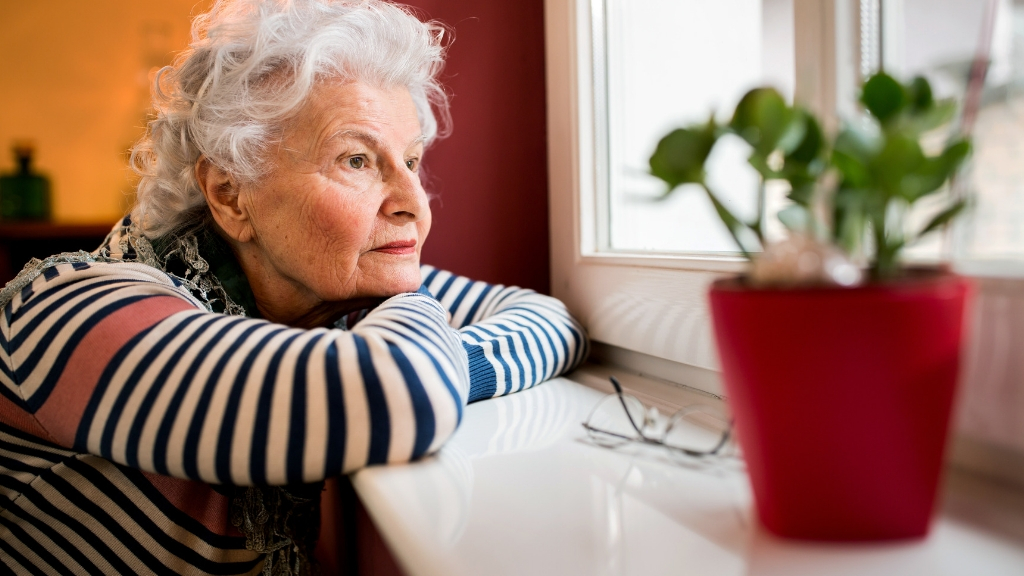 Parkinson’s is a progressive nervous system disorder that usually presents later in life. While scientists still don’t know what causes Parkinson’s, it is thought genetics and environmental factors, like exposure to toxins, may play a part.

There is currently no cure for Parkinson’s, but fortunately, treatment can be highly effective at relieving symptoms and can include medication, surgery, and complementary therapies, like singing.

People experience Parkinson’s in different ways, and one person’s symptoms and treatment aren’t necessarily right for someone else. Treatments available now work well for many people, and research is ongoing to find better treatments and hopefully one day, a cure.

If you’re interested in more information on clinical studies, Parkinson’s Foundation offers a good starting-off point. There are many things to consider before participating in a clinical trial, such as the type of study, the benefits and risks, and if it’s being performed by a reputable institution. Always consult with your doctor before agreeing to participate.

While the movement symptoms of Parkinson’s, which include tremors, trouble moving, stiffness, and trouble with balance and falls may seem more important to treat, the non-movement symptoms are crucial to address. 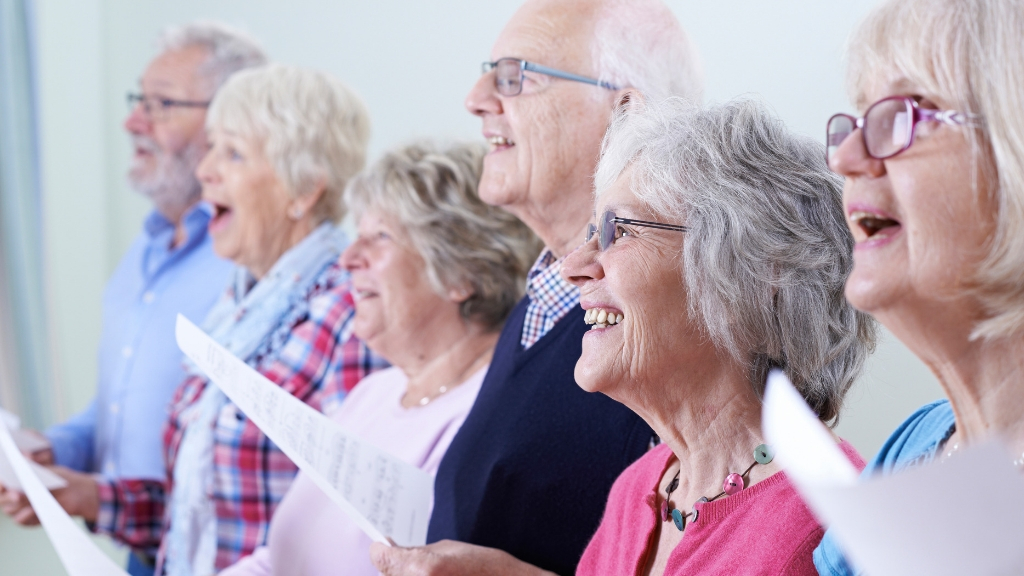 Things like apathy, depression, and anxiety may affect quality of life even more than movement-related symptoms. While researchers continuing this work may focus on the measurable physical factors like heart rate and cortisol levels, it is important not to underestimate how much singing therapy makes a difference in a person’s emotional well-being.

| Related: How Muhammad Ali’s Parkinson’s Struggle Can Inspire Everyone |

Perhaps most importantly, the participants in the study had fun. This wasn’t another round of medications or routine physical therapy, but work that the participants could work on together and see improvements not only in their physical capabilities but in their mood as well.

There is no cure for Parkinson’s, but thankfully there are researchers working every day to find better treatments and ways to maintain mobility and function. Parkinson’s is complex and highly varied, and treatment is often a combination of medication, lifestyle changes, and complementary therapies. It’s important to find out what works best for you or your loved one.

When dealing with a disease like Parkinson’s, there’s some comfort that something as simple and everyday as singing can help in such a significant way.