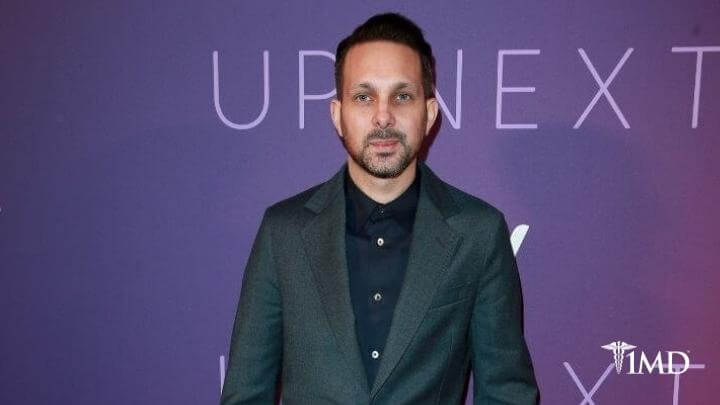 The world has been fascinated by magic for thousands of years, and people still flock to see magicians do the impossible.

Steven Frayne, better known as Dynamo, has joined the ranks of top-notch magicians with his jaw-dropping feats and dazzling live shows.

Dynamo has left the public baffled by walking across the River Thames, walking down the side of the L.A. Times building, levitating in front of the Christ the Redeemer statue in Rio de Janeiro as well as above the Shard in London and beside a double-decker bus full of passengers, and making everyone’s cell phone ring simultaneously in Times Square.

It’s not just public stunts that have made Dynamo a star. His live show Seeing is Believing is one of the largest-scale magic shows in the world and has been performed 127 times, selling over 600,000 tickets.

Can’t make it to a live show? Dynamo’s multiple award-winning TV show Magician Impossible is shown in 180 territories and has over 400 million viewers. In it, Dynamo travels to 10 countries and astounds thousands of people with cards, levitation, and other incredible tricks and stunts.

| Related: Protect Your Brain With the Omega-3s of Krill Oil |

His inventiveness, skill, and flair make him one of the most exciting and interesting modern magicians in the world. 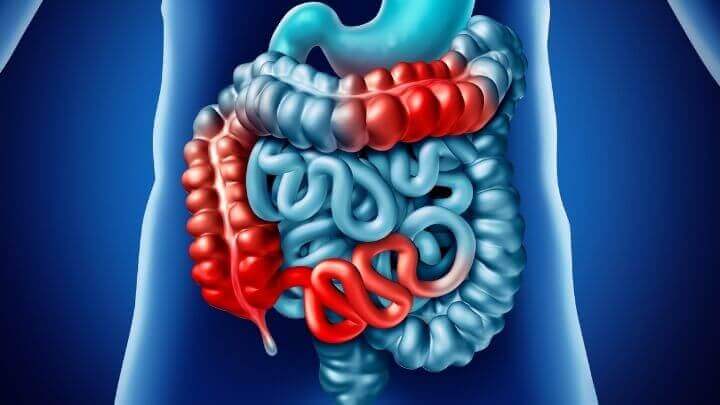 In a video posted on social media on March 27, 2018, Frayne opened up about his struggle with Crohn’s disease.

He explained that he’s been keeping a low profile because he got food poisoning late last summer, which he said is a “very bad combination” with Crohn’s disease and landed him in the hospital.

Frayne’s medications have since caused noticeable weight gain, as well as a rash. He hasn’t even been able to shuffle cards because his hands are in so much pain from developing arthritis.

Many people have reached out to Frayne to support him and applaud his actions that have increased awareness of the disease.

What Is Crohn’s Disease?

Crohn’s disease is an inflammatory bowel disease (IBD), which explains why the combination of Crohn’s and Frayne’s food poisoning was so debilitating.

Symptoms of Crohn’s disease vary from mild to severe. Usually, the onset of symptoms is gradual, but it can come on suddenly. These symptoms include diarrhea, fever, fatigue, abdominal pain, blood in the stool, and mouth sores. 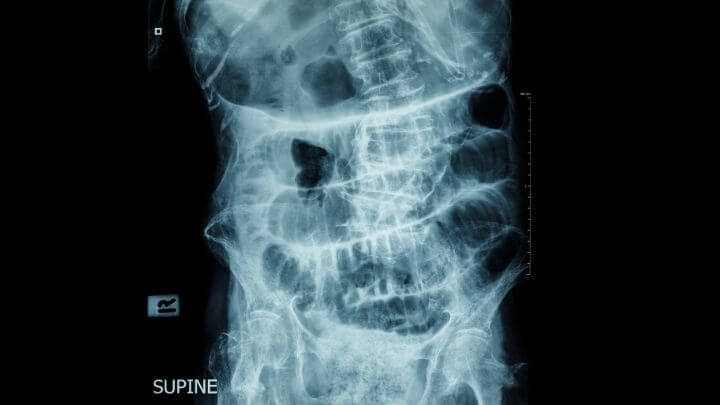 Severe Crohn’s disease can also bring on inflammation of the skin, eyes, and joints. Frayne’s trouble with shuffling cards is a result from pain in most of his joints.

Like so many chronic conditions, the cause of Crohn’s disease remains unknown. The most likely culprits are your immune system and genetics.

Doctors think that when your immune system is triggered by a viral or bacterial infection, it may also mistakenly attack the cells of your digestive tract, which can bring about Crohn’s.

Though the genetic connection isn’t clear, Crohn’s is more common in people whose family members also have the disease, though a lot of patients do not have a family history.

By itself, Crohn’s can disrupt your everyday life and be a painful condition to deal with, but it can also lead to other complications that may become life-threatening, including:

♦ Bowel Obstruction: Crohn’s can make your intestinal passages narrow, which increases the risk for a blockage. Surgery may be required to remove the affected section of intestine.

♦ Ulcers and Fistulas: The chronic inflammation of your digestive tract can create open sores (ulcers) anywhere from the mouth to the genitals. Ulcers can develop into fistulas, which happen when an ulcer extends completely through the intestinal wall. This creates an abnormal connection between body parts (fistula) which can become infected and form an abscess, which can be life-threatening.

♦ Malnutrition: Diarrhea and abdominal pain can cause you to eat less and absorb fewer nutrients from what you do eat, which could result in malnutrition and anemia.

♦ Colon Cancer: Crohn’s increases your risk for colon cancer. You may need to be screened more often than normal.

Most treatments for Crohn’s disease deal with reducing inflammation, though, like Frayne has experienced, they often have their own unpleasant side effects.

Corticosteroids are an anti-inflammatory drug that are usually prescribed after other treatments have proven ineffective. Frayne has first-hand familiarity with the common side effects of weight gain and acne or rash. 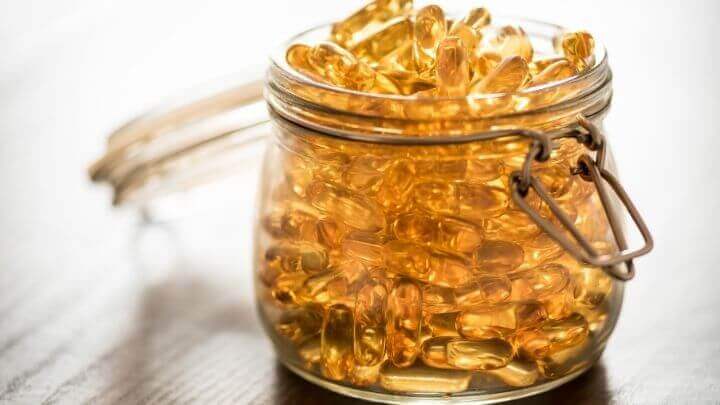 Immune system repressors and other anti-inflammatories are also common treatments.

Other medications may be prescribed to deal with the symptoms of Crohn’s, like antidiarrheals, dietary supplements, pain relievers, and antibiotics in case of fistulas and abscess.

What you eat may not directly treat Crohn’s, but it can affect the severity of a flare up. Frayne sticks to an extremely restricted diet in order to keep his discomfort to a minimum. He doesn’t eat dairy, gluten, fats, or a lot of vegetables in an effort to keep his fiber intake low.

As with many digestive disorders, many people turn to alternative or complementary medicine (CAM).

Studies and research may be limited concerning the effectiveness of some of these methods, but many people use them in addition to medication.

♦ Probiotics: Though more research is needed as to how effective probiotics are in treating Crohn’s, they do support a healthy digestive system, especially in the colon, where most Crohn’s patients have trouble.

Yogurt may not be suitable because it contains dairy, but other sources include fermented foods like sauerkraut, kimchi, kombucha, and kefir. 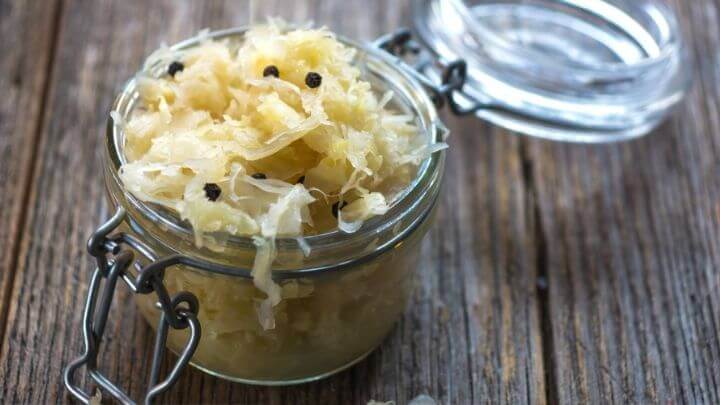 ♦ Fish or Krill Oil: The omega-3 fatty acids found in krill oil and fish oil help reduce inflammation, which is at the center of Crohn’s disease. One study found that omega-3s reduced the rate of Crohn’s relapse, though more research in this area is needed.

Fish and krill oil are good sources of omega-3s, and are available as supplements in capsule or liquid form.

♦ Herbal Treatments: These are used to treat symptoms, and include peppermint, aloe vera juice, slippery elm bark, and chamomile.

Herbal teas are easy to find, and aloe vera juice is sold at most grocery stores.

Always consult your doctor before you begin any kind of CAM treatment.

Crohn’s disease is a painful inflammatory bowel disease, the medications for which can cause problems of their own.

Dynamo’s struggle with Crohn’s has not only brought the disease into the public eye, but has also brought awareness to the side effects that many people have to deal with when taking drugs to treat Crohn’s.

READ NEXT >>> How to Get the Perfect Krill Oil Dosage