What Is Pho? How to Make This 100-Year-Old Nutritious and Popular Soup | 1MD Nutrition™

What Is Pho? How to Make This 100-Year-Old Nutritious and Popular Soup 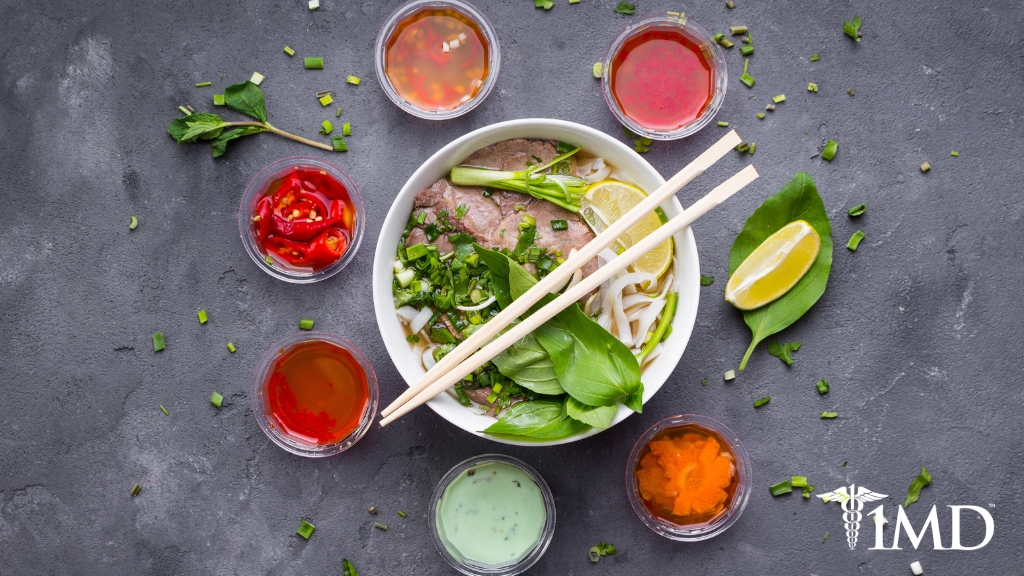 Pho, a Vietnamese rice noodle soup, has been a steadily rising star in the trendy foods world, and for a good reason. Pho (pronounced “fuh”) is wonderfully aromatic and savory, as well as consisting a host of nutritious ingredients.

It’s absolutely delicious on a cold day, and we’ve had plenty of those lately, so cozy up with a bowl of pho. Your stomach will thank you.

While pho restaurants are common in some areas, they’ve only been in the United States since the 1980s, and the dish itself is just a little over a hundred years old (there’s a bit of debate about this in some regions, but it’s commonly believed to have originated in the early 1900s).

You might be more familiar with other noodle soups from Asia like ramen, and there are distinct similarities and differences between classic ramen and classic pho.

They both start with a bone broth that traditionally takes several hours to make (one of the reasons that for “real” pho, people often head to a restaurant rather than a grocery store). Pho broth often uses beef bones that have been simmered with roasted onion, ginger, and spices like cinnamon, anise, and clove.

Most of the time, it’s served with different kinds of beef (thinly sliced flank, brisket, tendon, tripe) or chicken, though you’ll usually find a vegetarian option with tofu on a pho menu. Rice noodles and vegetables round out the dish, and you’re ready to customize your pho further. 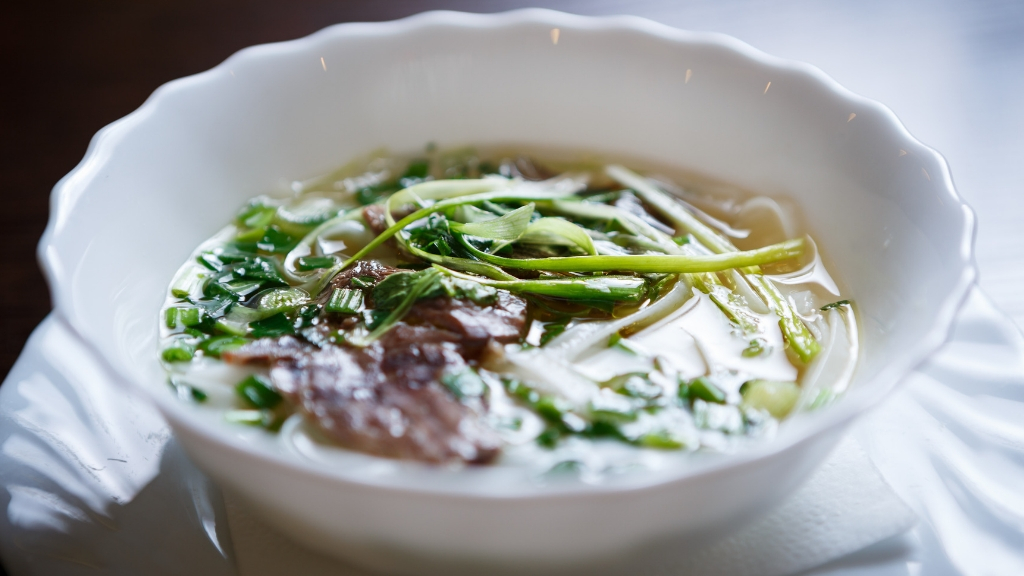 A plate of fresh garnishes, to be added as you like, accompanies the hot soup, comprising of things like crunchy bean sprouts, lime, sliced jalapeno, Thai basil, and cilantro. Sweet hoisin sauce and spicy sriracha are also close at hand if you wish to add them.

A Closer Look at Pho

Pho has long been touted as a restorative soup, much like chicken noodle soup in the United States. Pho is packed with good-for-you ingredients that can help give you that extra boost.

You can add as much or as little spice to your pho as you’d like. Sliced jalapenos are one of the fresh garnishes that accompany the soup, and chili sauce and sriracha are popular condiments.

Red chilies contain antioxidants called carotenoids, which is what makes them red (tomatoes, carrots, and other red or orange fruits and vegetables also contain carotenoids). These antioxidants work to clear the body of harmful free radicals and can help protect you from some chronic diseases.

The heat in chilies comes from the compound capsaicin, which paradoxically, has been shown to help treat heartburn.

Cinnamon may be an underappreciated spice that deserves a place of more prominence in your cupboard. As one of the necessary ingredients in pho broth, it brings some serious health benefits to the table, or bowl, as it may be.

This study shows that cinnamon has several beneficial properties, such as being antioxidant, anti-inflammatory, antidiabetic, and anticancer, as well as helping to improve cardiovascular health. 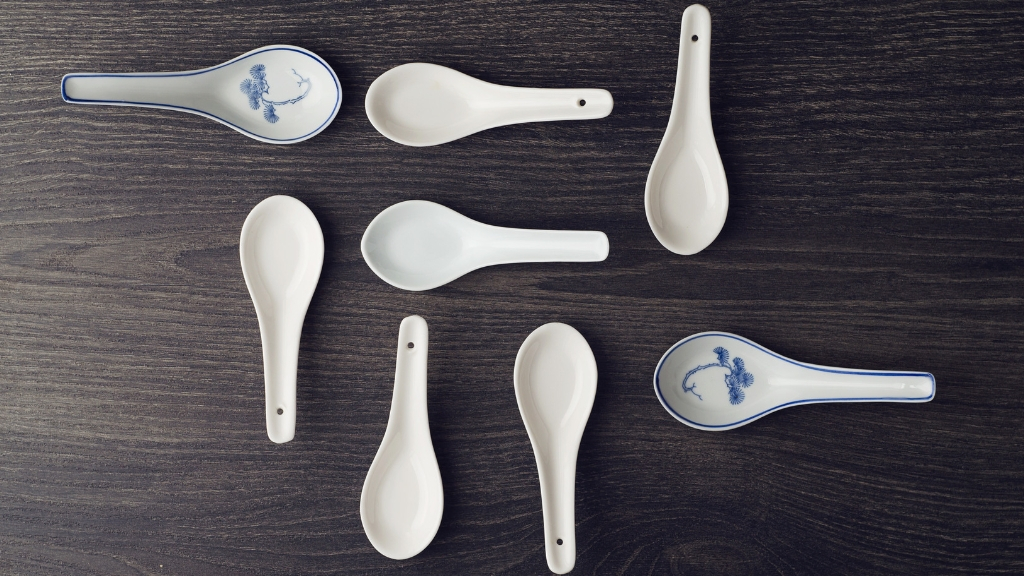 In addition to all this, cinnamon may help treat neurodegenerative disorders like Alzheimer’s and Parkinson’s. Though more research is needed, there is a promising start with studies like this one.

Ginger is a classic ingredient in both food and traditional medicines and is one of the key ingredients to authentic pho. It contains an active component called gingerol that studies have shown to have anti-cancer, anti-inflammatory, and antioxidant properties.

It’s also long been used to treat nausea, and research shows that it is effective in relieving several kinds of nausea such as seasickness, morning sickness, and nausea from chemotherapy.

| Related: What Does Ginger Do for You? 10 Benefits of the Superfood |

Another part of the pho’s spice trinity, cloves also come with various health benefits. They’re also high in antioxidants, and this study shows that they help protect the liver from damage.

Cloves may also be useful in the prevention and treatment of type 2 diabetes. This study on diabetic mice showed that cloves helped to regulate their blood sugar levels.

The last key spice in pho, star anise complements the health-boosting properties of cinnamon and cloves. Like its counterparts, it also packs an antioxidant wallop and has been shown to help regulate the blood sugar levels in diabetic mice. 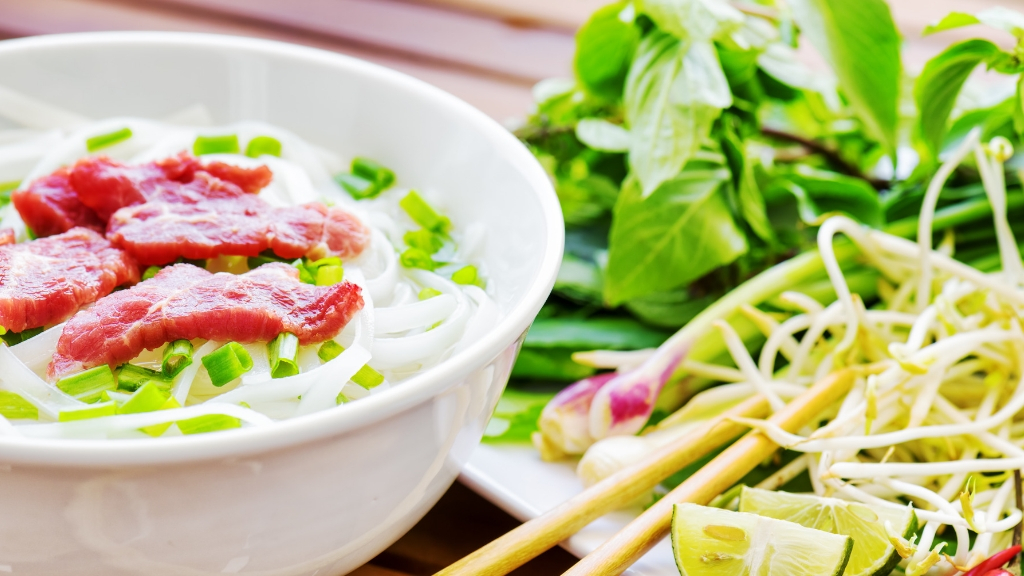 There’s also evidence that it may help protect against stomach ulcers and relieve menopause symptoms, but more research needs to done in these areas to understand these benefits of star anise.

An Overview on How to Make Pho

While shortcuts to making pho at home exist, like buying broth from the store, it can’t hold a candle to a bone broth that has been simmered for hours.

You’ll need to set aside at least 5 hours to make a proper pho broth, so this definitely involves planning ahead.

Beef bones are simmered with charred onion, ginger, and garlic, as well as pepper, star anise, whole cloves, and cinnamon sticks. This usually takes about 5 to 6 hours to fully extract all the flavor and goodness from the bones and aromatics. Use a variety of bones to get the best flavor and nutrients, such as a mix of oxtail, beef neck, beef shank, beef knuckle, and beef marrow bones.

When the broth is done, it’s ladled over cooked rice noodles and the meat of your choice. A popular addition is thinly sliced raw steak, which cooks in the hot broth right in your bowl.

Add your fresh garnishes, and you’re ready to slurp!

If you’re not quite ready to tackle making broth from scratch, you can buy beef broth from the store and add in your own aromatics to up the flavor and get it closer to traditional pho, but there’s something incredibly satisfying about having a pot of homemade stock simmering away on the stove all day. 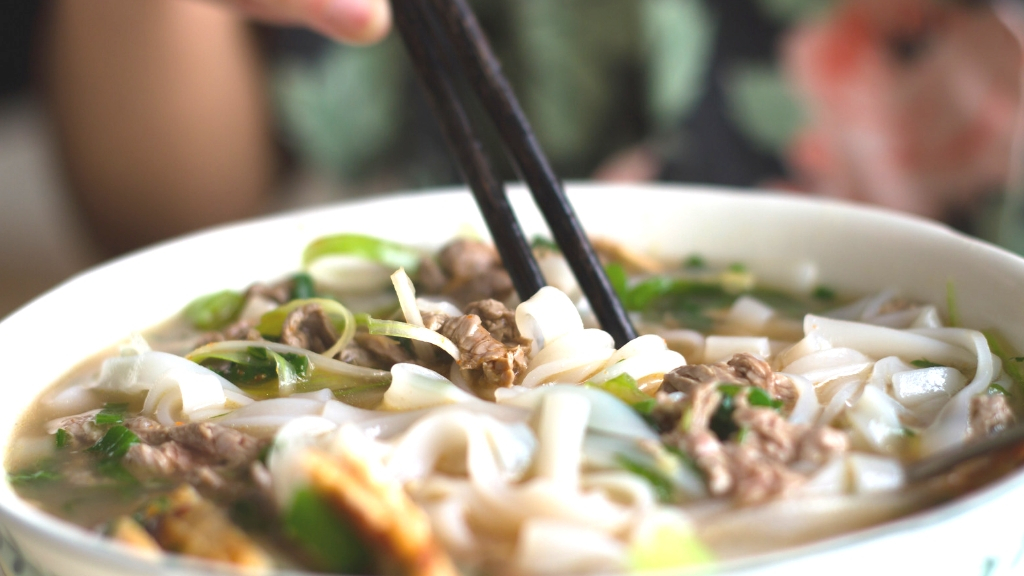 For full ingredients and instructions for traditional pho, check out this recipe and this recipe.

Pho is delicious. Whether you venture into homemade broth or head over to your favorite pho spot, it’s a seriously comforting, nourishing meal that won’t weigh you down.

You can customize pho with various fresh toppings and sauces to boost the flavor and nutritional value of your soup, creating a unique experience every time.

With cold days still ahead of us, there’s no better way to warm up than with a steaming hot, fragrant bowl of pho.