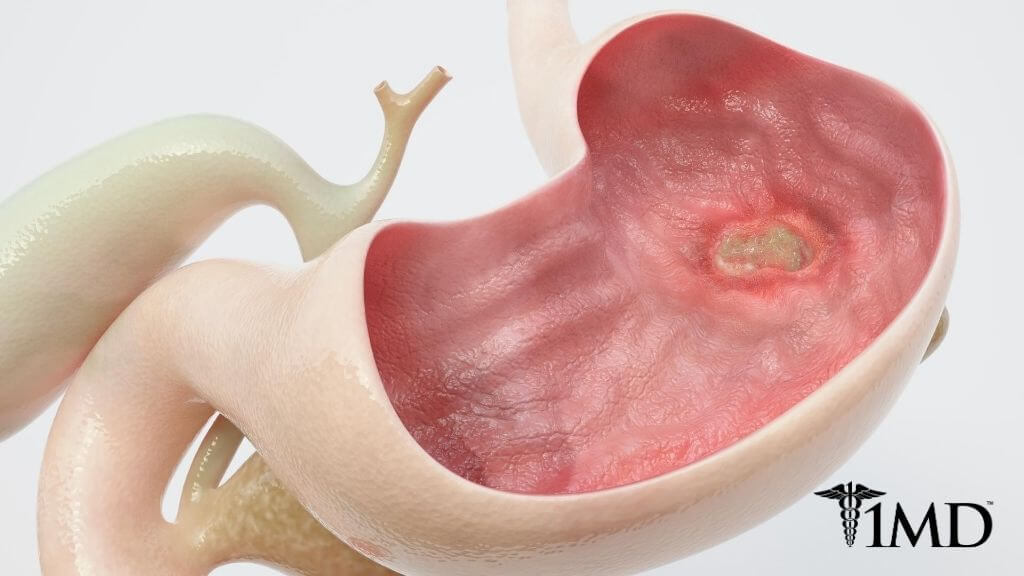 Stomach ulcers are also called peptic ulcers and they’re fairly common. It’s estimated that roughly 10% of the population in the United States will suffer from ulcer discomfort at some point in their lives.

If you’re worried about a stomach ulcer, you’re probably experiencing some pains or a dull, burning feeling in your stomach. These are the most common symptoms and might mean it’s time for a visit to your physician.

What Is a Stomach Ulcer?

A stomach ulcer is a painful sore that occurs in the lining of the stomach. They occur when the protective layer of mucus that lines your stomach is reduced and gastric acids can then aggravate and destroy fragile tissues in the stomach.

Peptic ulcers don’t just occur in your stomach, they can develop in your esophagus, your stomach, and your duodenum (start of small intestine).

If medical treatment is not sought, it’s possible to develop other complications such as bleeding from a broken blood vessel, a tear in the stomach or small intestine, a blockage, or potentially lethal peritonitis. This is why seeking the advice from your physician is important if you believe you have the symptoms of an ulcer. 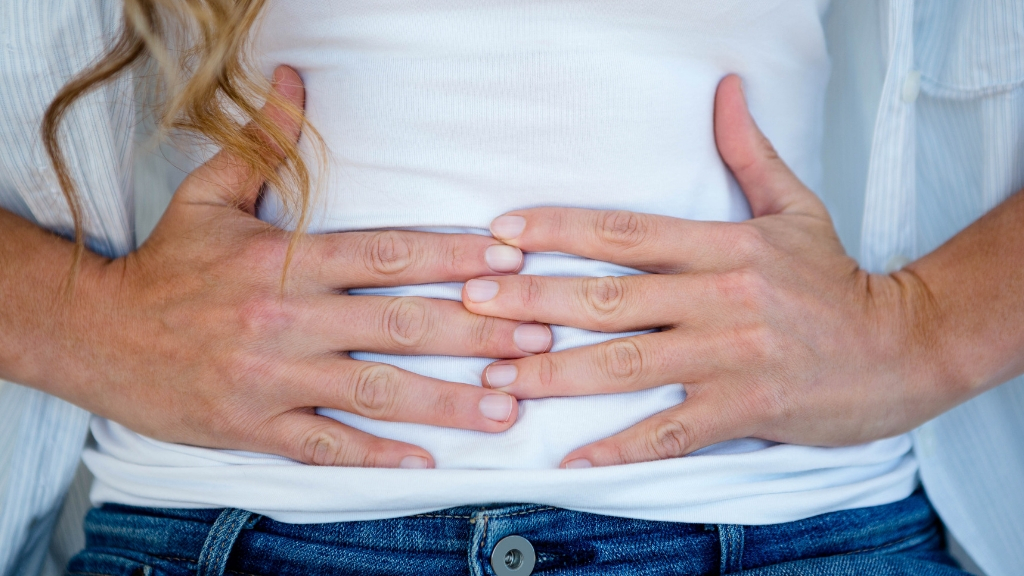 Symptoms of an Ulcer

As mentioned, the most common symptom of a peptic ulcer is a pain in the stomach or a burning sensation. This stomach pain is characterized by its long-lasting nature, usually sticking around for days or even months. It typically comes and goes, with symptoms often being more severe when your stomach is empty.

In addition to the stomach discomfort, the following peptic ulcer symptoms may also present: 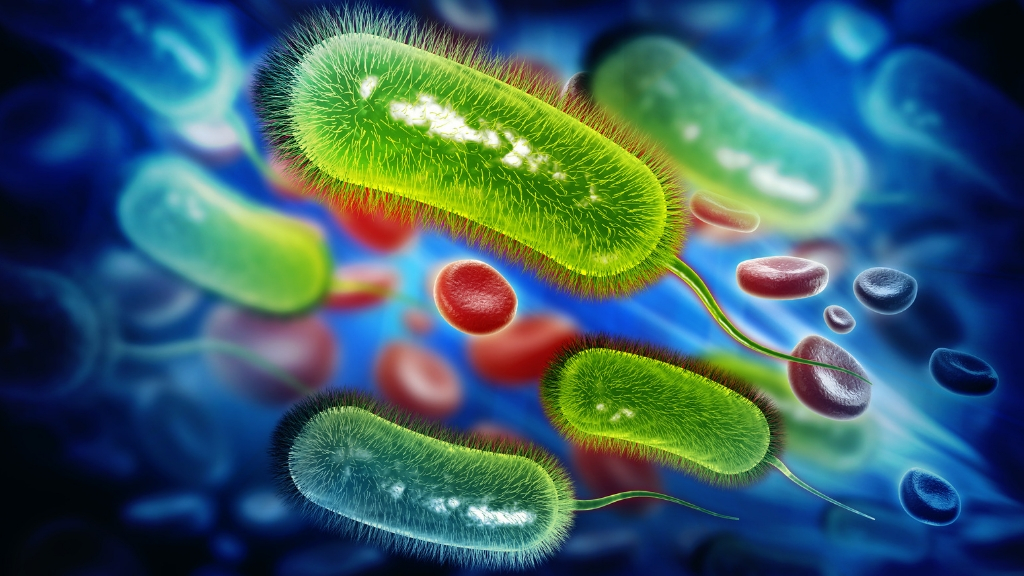 In the past it was believed that ulcers were caused by stress, genetics, and overindulging in fatty foods, alcohol, caffeine, and tobacco. The thought was that these factors caused excess stomach acid, which lead to the erosion of the stomach lining.

Today we know that these factors don’t cause ulcers, but they may contribute to the discomfort someone with an ulcer experiences. We now know that the majority of stomach ulcers are caused by an infection with certain bacteria (H. pylori) or prolonged, habitual use of NSAIDS, like aspirin, ibuprofen, and naproxen.

In some rare cases stomach ulcers are caused by Zollinger-Ellison syndrome, which are non-cancerous tumors.

If you are diagnosed with a peptic ulcer, your doctor will begin treatment immediately. The good news is that if your ulcer is due to an H. pylori bacterial infection, antibiotics can wipe out the infection and help your ulcer. For people that have recurrent ulcers or very severe ones, surgery might be needed.

No matter what the cause of your ulcer is, you’ll probably have a discussion with your doctor about your use of over-the-counter medications. Because NSAIDs can cause ulcers, your doctor will most likely advise you to either cut down on your use of them or stop using them altogether. 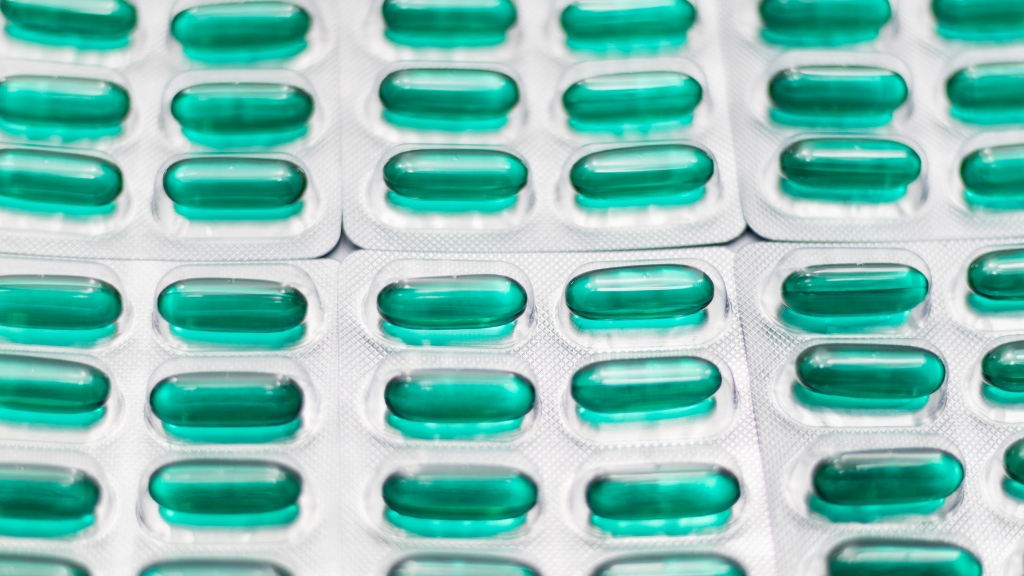 | Related: How Fungal Overgrowth Is Linked to Digestive Disorders |

You may be prescribed proton pump inhibitors, histamine receptor blockers, and even over-the-counter antacids to help relieve the symptoms of your ulcer and to help it heal. It’s not uncommon to have a few different medications to take in the beginning to encourage a quick recovery.

Whether you’ve had an ulcer, or you simply want to avoid having one, the following tips might help you prevent the onset of a peptic ulcer. Unfortunately, little is known about how you become infected with H. pylori bacteria and since this is one of the main causes of ulcers, there’s nothing you can do to protect yourself.

♦ Limit or stop NSAID use in favor of painkiller alternatives

♦ If you must take an NSAID, take it with a meal

♦ Take medications to protect your stomach when taking NSAIDs 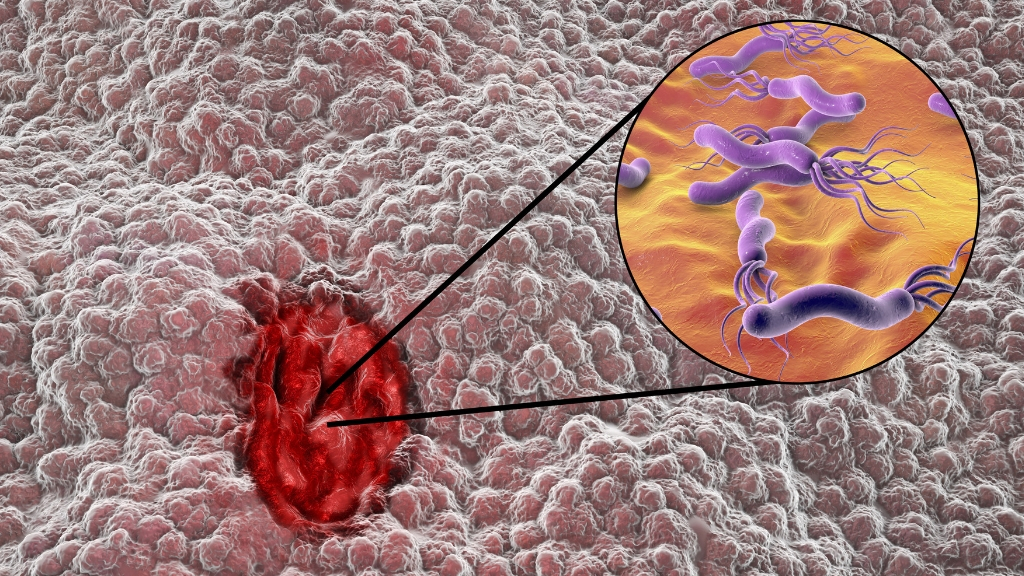 Stomach ulcers are a very common problem in the United States, affecting up to 10% of the population. It was once believed that they were brought on by stress but now it’s understood that the main causes are NSAID use and infection with the H. pylori bacteria.

If you suspect you have an ulcer, it’s best to seek medical attention before the problem becomes worse. Most ulcers will clear up over time if the cause is addressed.