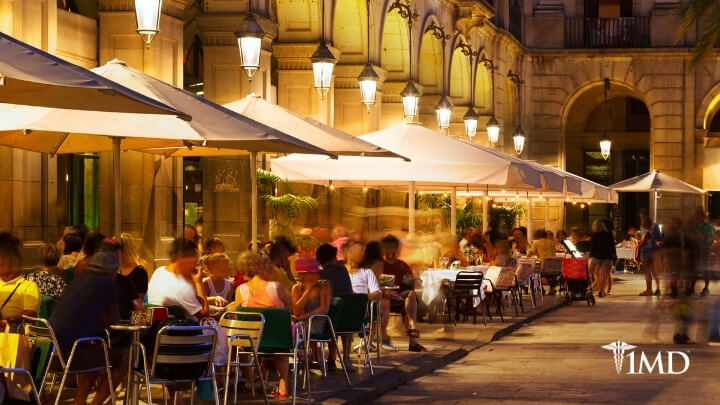 The Robin Hood restaurant in Spain has become the talk of the town and the world. The reason for its popularity is not the food, but the concept behind it. Each day, breakfast and lunch are served to paying customers and these bills cover the costs of dinner.

The dinner does not go to paying customers, but to homeless people. Every night, homeless individuals get to walk in and sit at a beautifully set table with a red table cloth under a chandelier. Most importantly, they get to enjoy a delicious meal at no charge.

A Little Slice of Heaven

The restaurant has become so popular that local hotels have lost their waiting staff who prefer to be a part of this new establishment. Top chefs from the surrounding areas and across the country are lining up to take part in the menu.

Lunch reservations at the Robin Hood are booked out for months in advance. The concept of this unique restaurant came from a local Catholic priest whom everyone knows as Padre Angel. He believed that every human should be able to eat with dignity and developed a restaurant to make this a reality.

The restaurant does not cut corners when it comes to the evening meals. The homeless get to eat off the same fancy china and drink from the same crystal glasses as the paying customers. They are treated as any other patron and get to experience a friendly atmosphere and conversations. 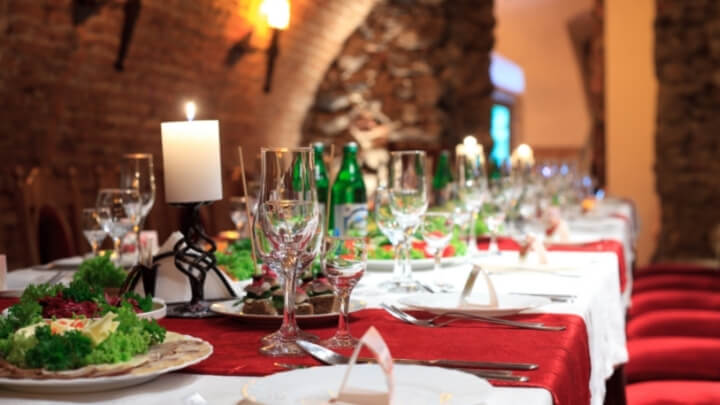 The place even comes with rules that help support the homeless population, allowing them to be comfortable even if this setting is out of their element. They can sing if they like, as long as it does not disturb others and they can use the Wi-Fi or borrow a cell phone if they want to make a call.

In addition to this restaurant, Padre Angel also converted a local church into a community center.  It is the only church in the city of Madrid open 24 hours and offers visitors free coffee, television, and a place to sleep should you need a rest. The economy in Spain is not much different from that in other countries and unemployment rates are high.

Community centers such as this one, along with the Robin Hood restaurant, give homeless people a chance to live with dignity. Even if only for a moment, it changes their reality for the better. Each night, the Robin Hood serves 100 homeless patrons in two shifts, and each of these patrons is eternally grateful.

The Reality of Homelessness

Across the ocean from Spain, the United States has had bans in place to not feed the homeless. The cities that have put these bans in place claim they are worried about the supposed health risks associated with food distribution from do-gooders. 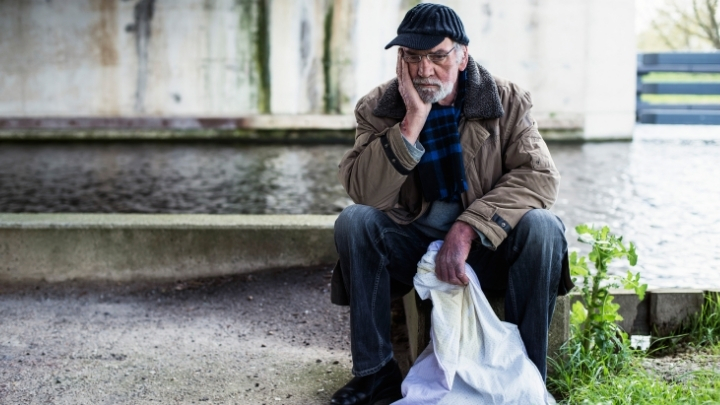 They also express concern about homeless people congregating in large groups in areas of the city where they will believe they will get fed. Those who want to help are not allowed and those who need the help are made to feel even worse about their situation.

Homeless shelters turn people away every night because they are full and the ones that do get in are lucky to get a cup of soup and maybe a sandwich. This does not even compare to a full course meal prepared by celebrity chefs.

While the Robin Hood did not address the issue of shelter for the homeless population, it does give them a place to eat a good meal. And more than that, a chance to feel dignified again.

They may have to leave and go sleep in an ATM vestibule, but that 90-minute dinner gives them something that cannot be replaced. With the homeless population increasing across the globe, this is not the time to limit or require permits to help these individuals. It is time to make a difference; if Padre Angel can do it, so can everyone else. 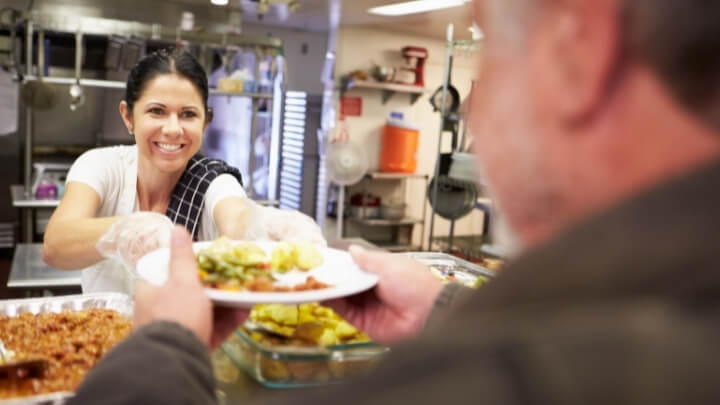 You Can Make a Difference

Regardless of the laws or limitation in place regarding feeding the homeless, you can always decide to take matters into your own hands. There are a few things you can do to help homeless individuals in your area.

This is not to say that it is okay to break any laws, but you can still do your part to help locals in your area in ways that don’t interfere with laws.  In general, you want to avoid giving out cash for safety reasons, so the ideas below provide safer alternatives.

Donate to the local food drive. Some organizations offer food drives year-round and all donations are given to homeless shelters and served at food kitchens. Check the paper and local churches to find the food drives near you and drop off as little or as much as you want.

Keep some gift cards on hand. Every checkout line in every store has a rack of gift cards these days. Grab a few for McDonald's, or Burger King, even Subway and keep them with you to hand out to homeless people you may come across during your day. It doesn’t have to be extravagant because even the smallest amount goes a long way and means a great deal to a person living on the streets.

Get involved. Seek out the churches and organizations in your area that serve homeless populations. Donate more than just food; give your time to a shelter or food kitchen.  There are many homeless people that are not always aware of where to go for food, so be prepared to offer suggestions when you offer them food.

Keep a food kit in your car. Fill a grocery bag with non-perishable foods to keep in your car. Canned fruit, vegetables, granola bars and even a candy treat can mean a lot to a person.  Hand out a bag and replace with a new one.

Know your recyclables. Everybody knows that recycling plants pay for cans and bottles. Instead of throwing yours out with the trash or putting them in your own recycle bin, store them up and hand them over to a homeless person.  It saves you a trip to the recycling bank and gives someone the opportunity to get some cash for themselves and a little independence. 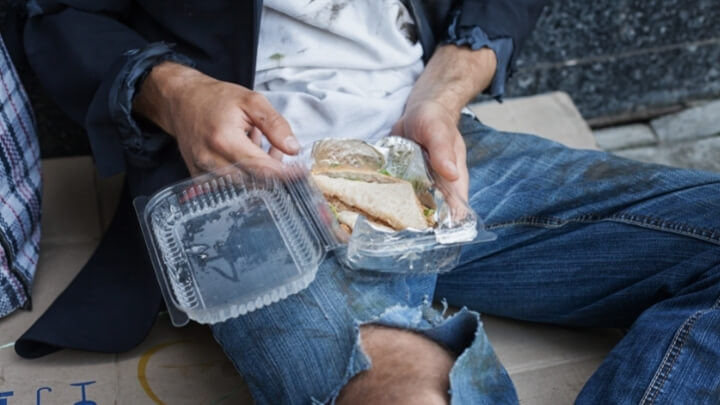