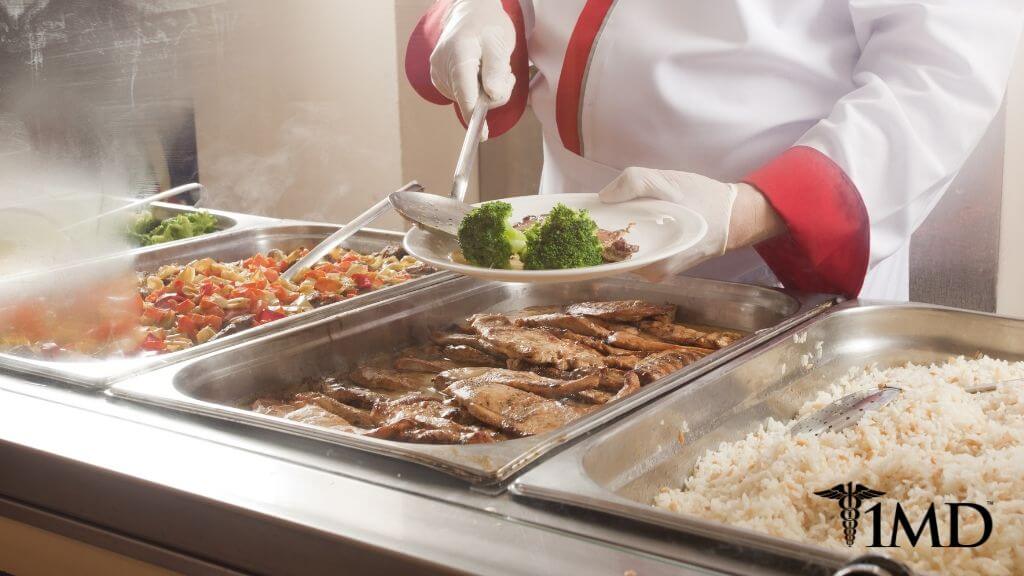 Remember your school lunches? Were they filled with healthy choices that nourished you and gave you energy for the rest of the day? Or do you remember eating pizza and tater tots and crashing midafternoon?

American school lunches have been taking a lot of flack for how unhealthy and unappetizing they are. While grassroots efforts have been making some change, and we did see top-down change with the Healthy, Hunger-Free Kids Act of 2010, we’re still light years behind the Japanese when it comes to school lunches. Some of the reasons why might surprise you.

Why Japan’s School Lunches Are the Best

In Japan, the approach to school lunch is entirely different than it is in the United States and many other countries. Children in Japan don’t take a midday break from their education to be served lunch, instead, they become a part of the lunch process, and learning continues throughout the meal.

Japanese school lunches are a rich experience, and full of different types of learning. The children help prepare the food, and while they’re doing that they learn about the different foods on the menu. Whether there are cultural or nutritional aspects shared, they absorb it all.

In addition, their food is grown locally and includes well-proportioned and balanced meals. They focus on rice and vegetables with fish and soups. 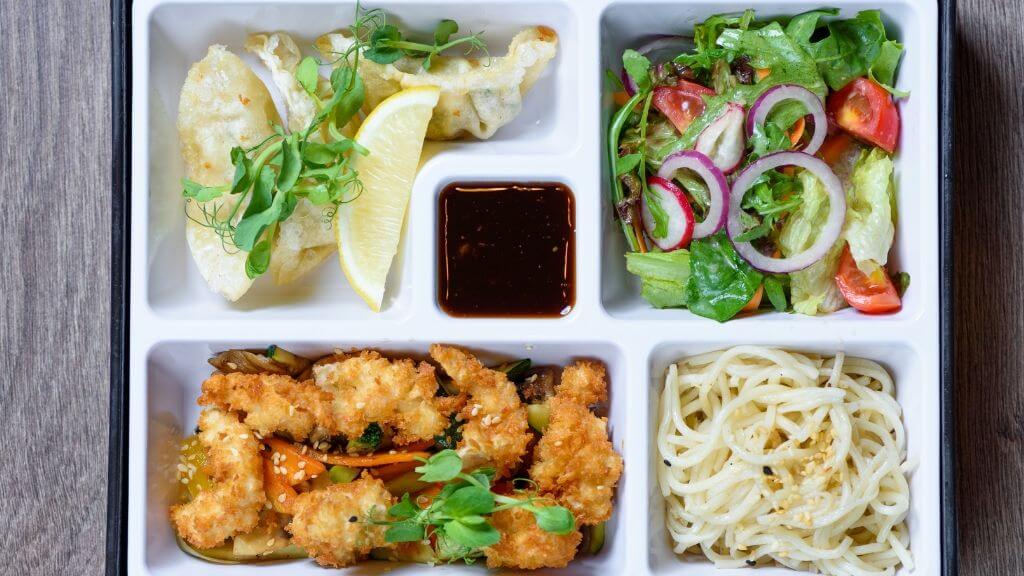 With this focus on learning, sustainability, healthy meals, and cooperation, Japan has turned its school lunch program into a source of pride for the entire country. The approach not only builds a child’s self-esteem, but it also teaches them a foundation of nutrition that will last a lifetime.

The common sense approach to treating lunch as an opportunity to learn has Japanese parents asking for recipes from the schools. It’s also creating healthier kids.

According to an article in the Washington Post, the obesity rate in Japan has declined for each of the six years that the country has expanded the program. Japan also has the longest average life expectancy, according to the World Health Organization.

While it’s clearly not just the lunch program that leads to their extended lifespans, it may be that their healthy approach to eating and food plays into the equation.

Comparing American and Japanese lunch times illustrates how very different they are. Of course, not every school is the same, but the following is meant to be a generalization.

In American schools, the children come together to sit in a cafeteria. Most go through a hot lunch line with mandated school lunch. Others can bring in lunches on their own and eat something that was made for them at home. 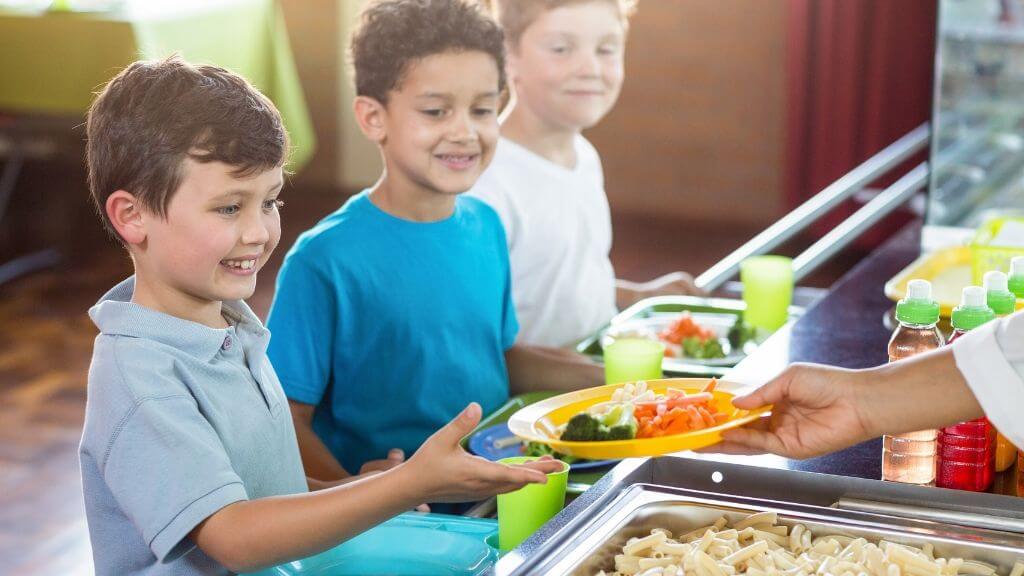 Some schools have hot lunch options that can be selected instead of the mandated meal. Most of these are on an ala carte system, so the child can pick and choose their meals, which can easily lead to missing out on nutrition and contain high amounts of sugar, salt, and fats that kids crave. Some schools let children supplement meals with vending machines filled with different food options, and many of them are not healthy.

There’s a lot of controversy about the time allotted to children to eat their lunch. According to the National Association of State Boards of Education, many states do not have a set time for lunch written into their laws.

An article on the National Public Radio website cites the American Academy of Pediatrics recommendation of 20 minutes to sit and eat, and while they looked at several schools, they found that the actual time at the table was much less. This means children are rushed into a room, through a line, and then they quickly consume their food before they’re off to another class.

| Related: Why a Foreign Language Can Help a Kid Succeed in School |

In Japan, the students don’t gather in a cafeteria, they stay in their classrooms and are served there. The serving is done by teachers and other children, with the kids taking turns doing the serving and being served. 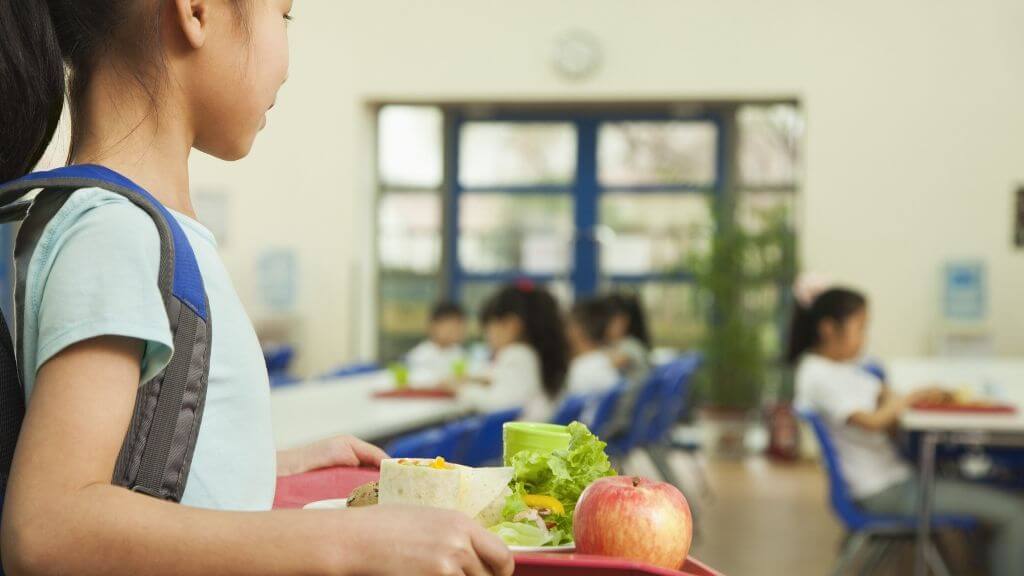 Each person is served the same food unless of course there are dietary restrictions. If they don’t eat something, there is no other option. In Japan, children are encouraged to eat what they’re given, not what they choose.

There are no vending machines in the school for midday snacks or lunch replacements, and many of the schools ban bringing other food until the children reach high school. This means there are no sack lunches.

The meals are all made from scratch, and they feature local produce when possible and sometimes even foods that the kids themselves have grown. Either at the beginning or the end of the meal, if any ingredients are student-grown, this is pointed out, which builds the sense of pride and respect.

Japanese lunch time is usually around 45 minutes. They don’t waste time moving to a cafeteria, but time is spent moving desks around to create social tables for eating. There is also a bit of time spent on serving, but with the small classes as opposed to large populations of the school being served, it does go faster.

While the above comparison looks at the Japanese school lunch versus the American one, the United States is certainly not the only country that’s coming under fire for their school lunches. Other countries are having a similar problem, and even some of the better ones could probably learn a little from the Japanese approach to school lunch. 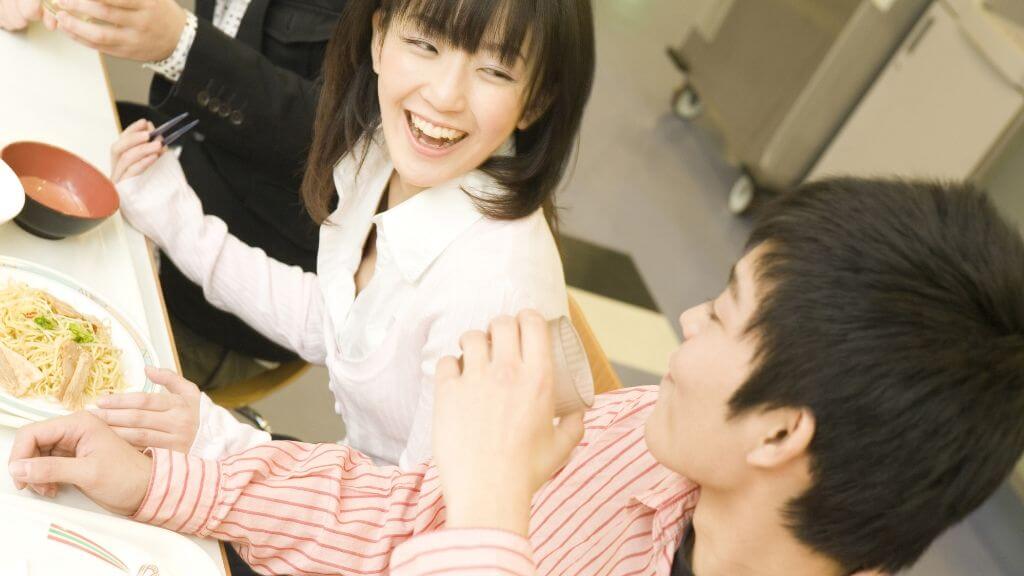 Turning this mealtime into an opportunity to learn more about nutrition, culture, and developing life skills seems like a very obvious and practical approach to school lunch. By making the children part of the process, they not only learn along the way, but they also develop a sense of pride and accomplishment, and they strengthen their bonds with other children in their classes.

On top of all that, the food they cook is fresh, delicious, and nutritious. And the price for each meal is very affordable, landing in the range of $2.50 to $3.00. It’s a solution to the problem where everyone wins.

READ NEXT >>> Why Parents Need Sleep + Sleep Benefits for Kids