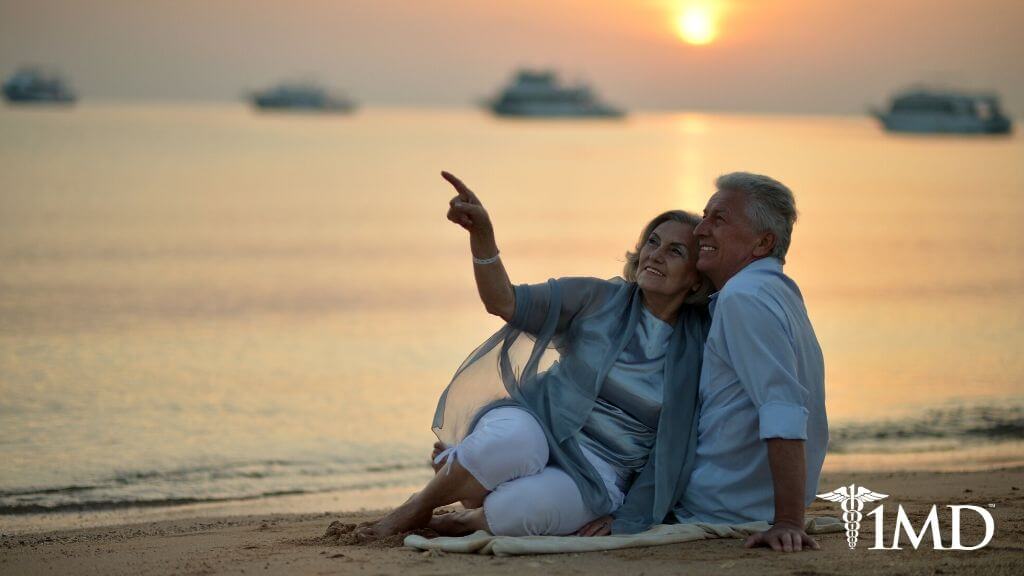 Erectile dysfunction (ED) is defined as difficulty getting or sustaining an erection long enough to engage in sexual intercourse. ED can affect men at any age, although the prevalence may increase with age.

Can probiotics help prevent or even treat erectile dysfunction? Let’s start by looking at the reasons behind ED. Those reasons may not be what you think.

Does Lower Testosterone Cause ED?

Typically, we’ve connected the increase in erectile dysfunction in aging men with declining testosterone levels but studies show that although ED is androgen (male sex hormone) dependent, the levels of testosterone in aging men are not generally low enough to cause ED, in and of itself.

Neither age-related decline in testosterone levels nor endocrine disorders are significant causes of ED, although testosterone does drop by as much as half between ages 25 and 75.

What Does Cause Erectile Dysfunction?

If declining testosterone levels are not a significant contributing factor to erectile dysfunction, what is? The ability to achieve and maintain an erection is often caused by atherosclerosis or “clogged” arteries. In fact, ED is often an early warning sign of blocked arteries.

Additional physical causes of ED include: 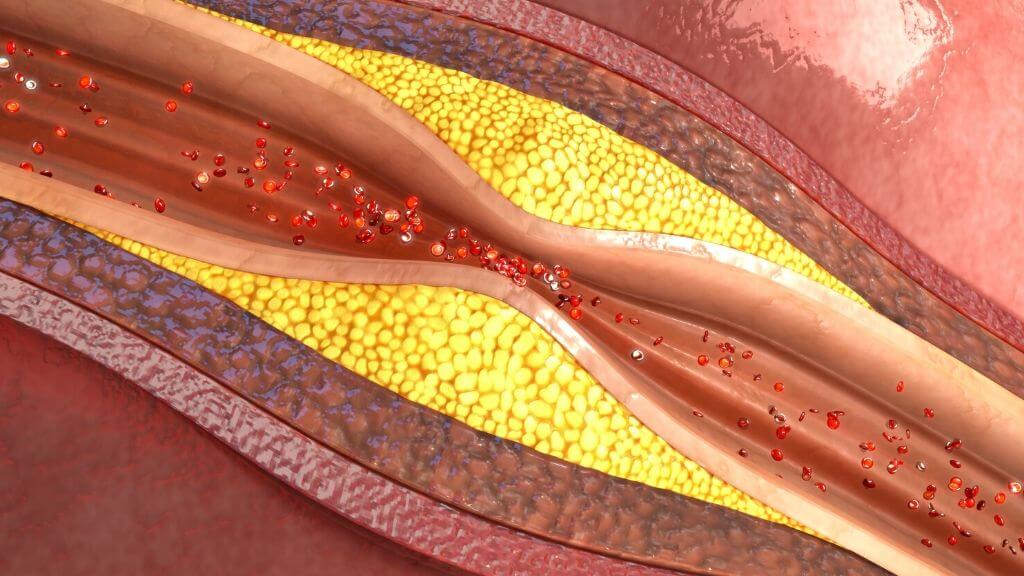 Atherosclerosis is a driver of both heart disease and strokes. Arteries, the blood vessels that transport oxygenated blood from the heart to other body parts become “clogged” by fat deposits, eventually hardening and calcifying the tissue.

Oxygen and blood supply to the heart (or another area such as kidney, legs, brain) can’t get through the constricted artery. If the artery becomes completely blocked, the tissue or organ supplied by that artery dies or triggers a blood clot, resulting in a heart attack or stroke.

This constriction of blood flow also causes ED. Here’s how.

When nerves are triggered by a thought, visual, scent, or any other sense, nerves send chemical messages to the blood vessels in the penis. This causes the arteries to relax to allow for greater blood flow while the veins close. 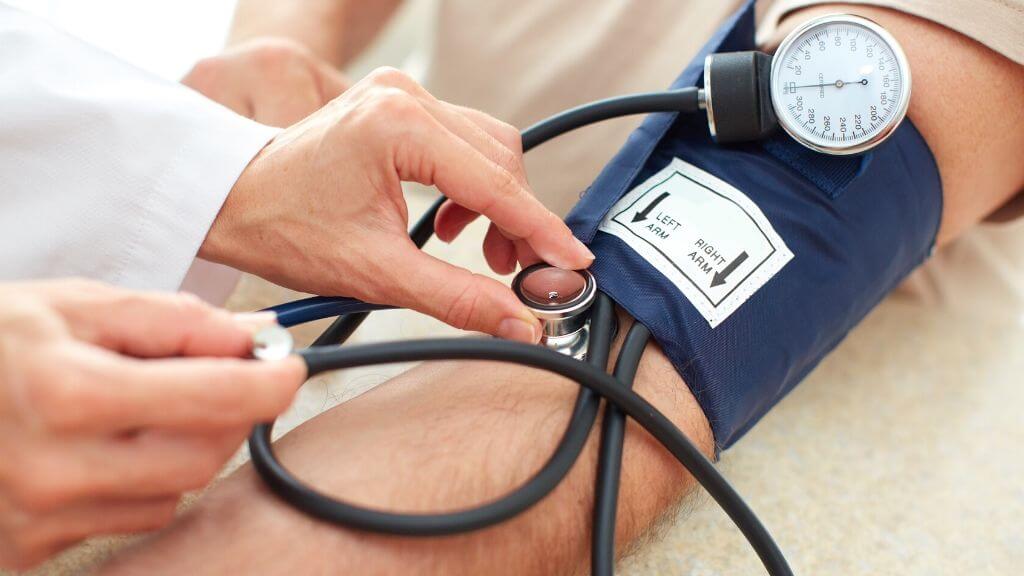 What causes this arterial damage? The main contributors to atherosclerosis and erectile dysfunction are hypertension, high cholesterol (elevated LDL), and diabetes.

Hypertension: Commonly known as high blood pressure, hypertension, which can have a primary or secondary cause, is a condition in which the pressure of blood flow against arterial walls can lead to arterial damage and, subsequently, health problems such as heart disease.

The measure of blood pressure relates to the amount of blood pumped by your heart and the resistance in arteries. Blood pressure is measured by two numbers:

Studies have linked the presence of C-reactive proteins in the body, which is a marker of inflammation, to hypertension. High blood pressure is also a secondary symptom of health problems such as kidney disease, metabolic syndrome, and diabetes, which are all associated with inflammation. 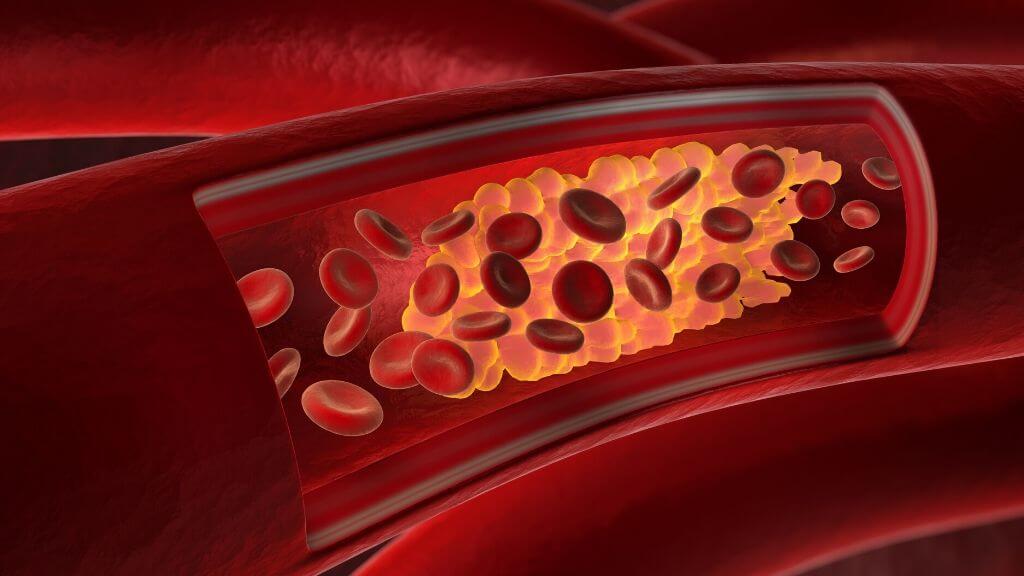 LDL: Cholesterol is carried through the blood through lipoproteins; lipids cannot be transported without protein molecules. Although considered to be harmful, cholesterol is actually essential to the body.

Low-density lipoproteins have a lower concentration of protein than fat; HDL has more protein than fat. The function of HDL is to remove "bad" cholesterol. LDL carries cholesterol to the cells. Excess can potentially back up in the arteries.

The immune system sees this plaque as foreign, which triggers an inflammatory response similar to that in rheumatoid arthritis or lupus. White blood cells and other chemicals in the immune system flood into the arteries to build a barrier between that plaque and the blood flow.

Aside from leading to the potential formation of a clot as an inflammatory response, which can cause a heart attack or stroke, this buildup can impact ED. 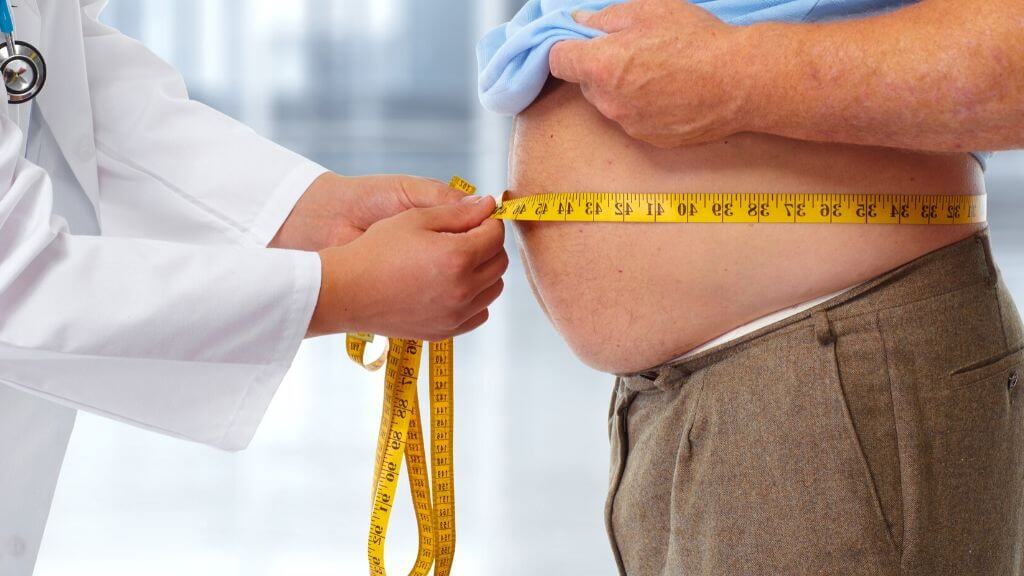 Metabolic Syndrome: This complicated disorder, caused by several interrelated factors, increases risk for cardiovascular disease, as well as type 2 diabetes. Some of the factors associated with metabolic syndrome include obesity (especially increased circumference around the waist), hypertension, and ineffective lipid (fat) and carbohydrate metabolism, as well as chronic inflammation.

Type 2 Diabetes: In type 2 diabetes, unlike type 1 diabetes, the pancreas produces enough insulin but doesn’t use that insulin properly, which is called insulin resistance. The pancreas kicks into high gear to manufacture more insulin, but, eventually, the pancreas can’t make enough insulin to keep blood glucose levels where they need to be.

Obesity and inactivity are known to be the most significant risk factors in the development of type 2 diabetes. Decades of research point to higher levels of inflammatory cytokines in patients with type 2 diabetes. 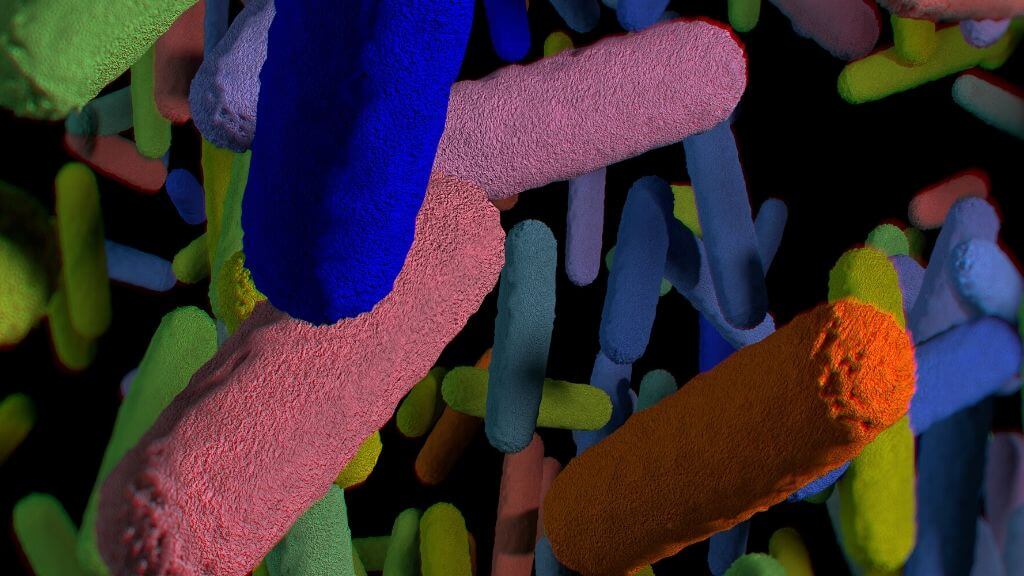 Cardiovascular disease, blocked arteries, metabolic syndrome, and diabetes are all significant causes of ED. Fortunately, the addition of a multi strain probiotic supplement to your daily regimen can address all of these issues.

The human gut or digestive tract is home to trillions of microorganisms. In fact, the digestive tract is known as a microtome. The human body’s cells are greatly outnumbered by bacterial strains. Many of these strains are “good” bacteria. They help us with the metabolic process, as well as other functions.

The body needs “bad” bacteria, as well, but problems arise when the “bad” bacteria and pathogens outnumber the “good” gut flora. There are many reasons behind this imbalance, including the use of antibiotics, a diet high in sugar and processed foods, and the lack of fermented foods in the modern diet. 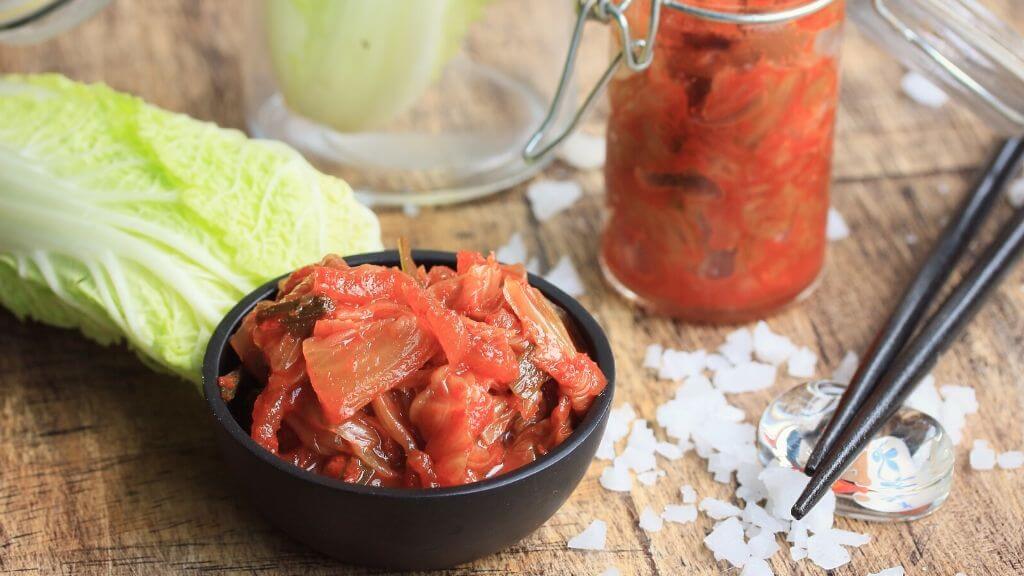 How Probiotics Can Help

Probiotics, whether from foods, like active yogurt, tempeh, miso, and kimchi, or from the right probiotic digestive health supplement, re-establish the balance of good and bad flora in the digestive tract. Remember, gut microbiota regulates many aspects of the immune system, providing a defense against not only pathogens but against chronic inflammation.

Plaque and inflammation work hand in hand to cause all cardiovascular disease. Oxidative stress breaks down cells, causing injury to the tissue. Injury triggers an inflammatory response. If this process is chronic, the result is cyclical.

What does digestive health have to do with arteries? The intestine’s epithelial cells provide a physical barrier to pathogens (invaders), and it is there that immune responses are initiated. 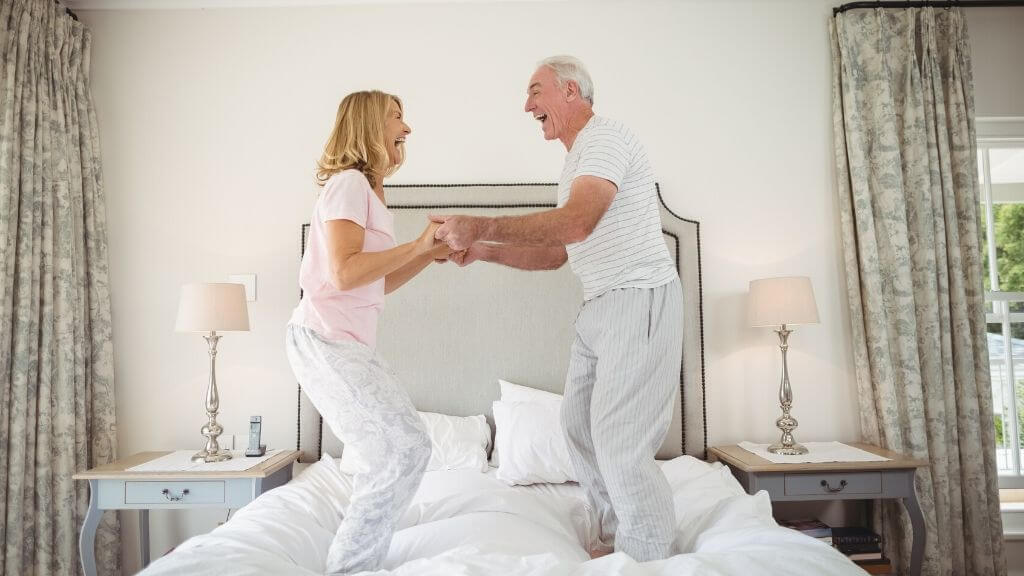 The gut, which plays a significant role in the immune system, is linked to either promoting or inhibiting inflammation throughout the body, including the arteries. The primary causes of erectile dysfunction (ED) are atherosclerosis and arterial damage, which are caused by physical conditions such as elevated cholesterol, hypertension, metabolic syndrome, or diabetes, all of which can be interrelated.

Numerous studies have linked inflammation with all of these disorders, from insulin resistance to arterial plaque buildup. Pre And probiotic supplements are an effective way to decrease the inflammation associated with these conditions.

By addressing the cause of ED at the root instead of masking the symptoms, probiotics work to not only support a healthy immune system response but to confront the underlying causes and effects of these conditions that can cause erectile dysfunction.

Read Next >>> The Inflammation Factor & Your Health