Peyronie’s disease is a rare form of erectile dysfunction that results in a bend at the penis. There is no cure, but there are preventive measures that can be taken. Understanding the condition is the first step, and this guide is where you can start. 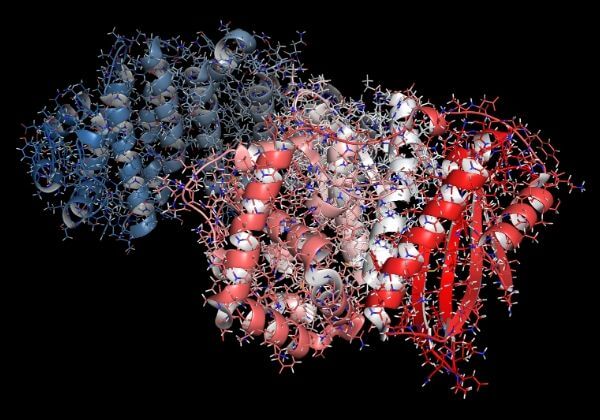 The cause of Peyronie’s disease is mostly unknown in the medical field, and extensive research continues to unravel more about this disease. So far, research has found that the disease can develop after a trauma has occurred to the penis, such as hitting or bending.

Trauma can cause bleeding and eventually scar tissue, which has been found to cause the bending. However, many cases have presented themselves where there has been no trauma.

Having a genetic predisposition for fibrous tissue growth can also put you at higher risk for the disease.

The formation of scar tissue, known as plaque, is the main symptom. It can be felt through the skin and normally forms on the upper side of the penis. Sometimes the plaque can go around the penis, creating a ‘bottleneck’ deformity.

Additional symptoms you may notice include:

♦ Pain during urination and sex
♦ Anxiety or stress
♦ Erectile dysfunction 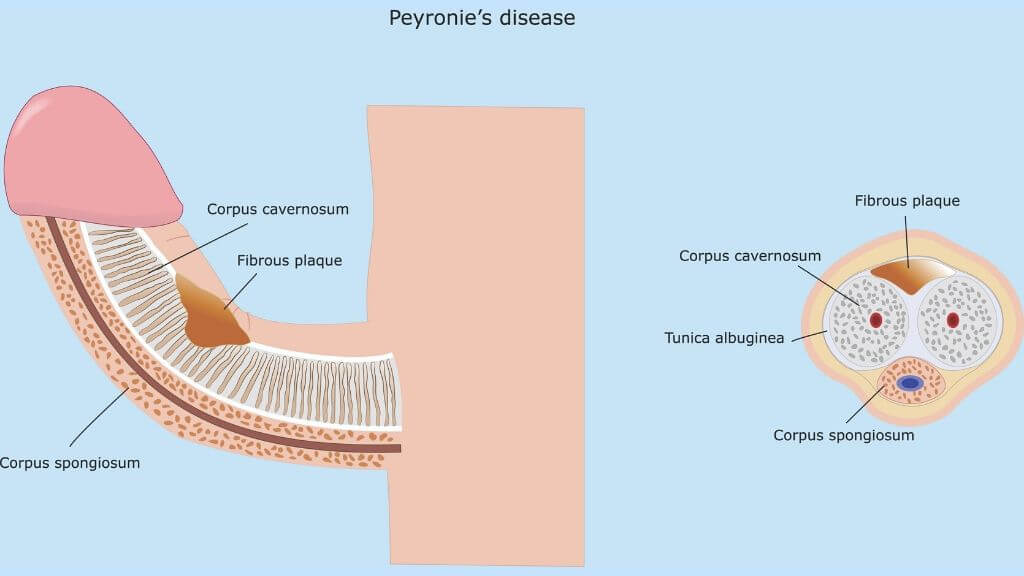 There are not different types of Peyronie’s disease, but there are two general phases of the condition.

♦ The acute phase lasts between 18 and 24 months, and it is when pain is the most prominent.

♦ The chronic phase starts after 18 to 24 months and is characterized by less pain. The plaque and scarring at this stage are less responsive to treatment, and calcium deposits begin to form.

A physical examination will be done by your doctor, where initial measurements of your penis will be taken. This allows the doctor to identify the amount and location of any scar tissue and to determine if any shrinkage has occurred.

You may also need x-rays or an ultrasound to reveal the scar tissue if initial examinations are unable to locate its presence. The scar tissue is not always detectable through touch.

There are no blood tests that can be done to test for Peyronie’s disease, so diagnosis is usually left to specialists known as urologists.

There is no cure for Peyronie’s disease, but it can be treated. In many cases, it goes away on its own. Your doctor will prescribe medications to be injected into the penis in cases of more severe curvature.

This is designed to breakdown the collagen buildup of fibrous tissues in the penis to soften the curvature. When symptoms are not severe, doctors typically like to wait to see if the condition subsides on its own. 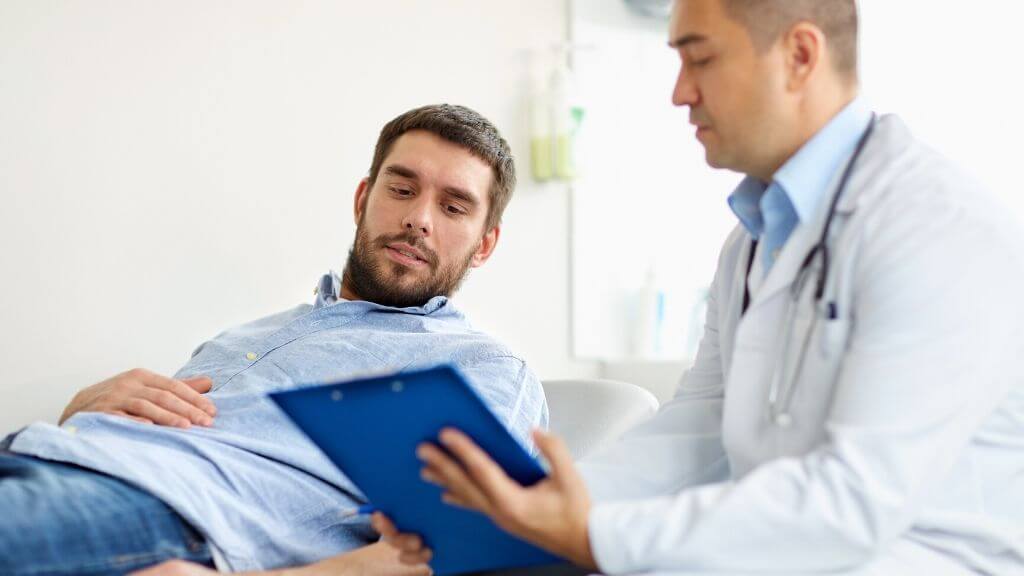 In addition to medications or injections, there are several techniques used to treat Peyronie’s disease.

There is no diet for Peyronie’s disease, but there are lifestyle changes you can make to reduce the risk of developing the condition and erectile dysfunction.

The regular application of castor oil to the penis has been known to loosen scar tissue. This method takes a few months, but can completely straighten the penis.

♦ The incidence of Peyronie’s disease is between 1 and 3 percent of the male population.

♦ Peyronie’s disease typically occurs between the ages of 40 and 60 years of age.

♦ Men with a genetic predisposition to poor wound healing are more likely to develop this condition.

♦ Erectile dysfunction occurs in 41 to 55 percent of men with Peyronie’s disease. 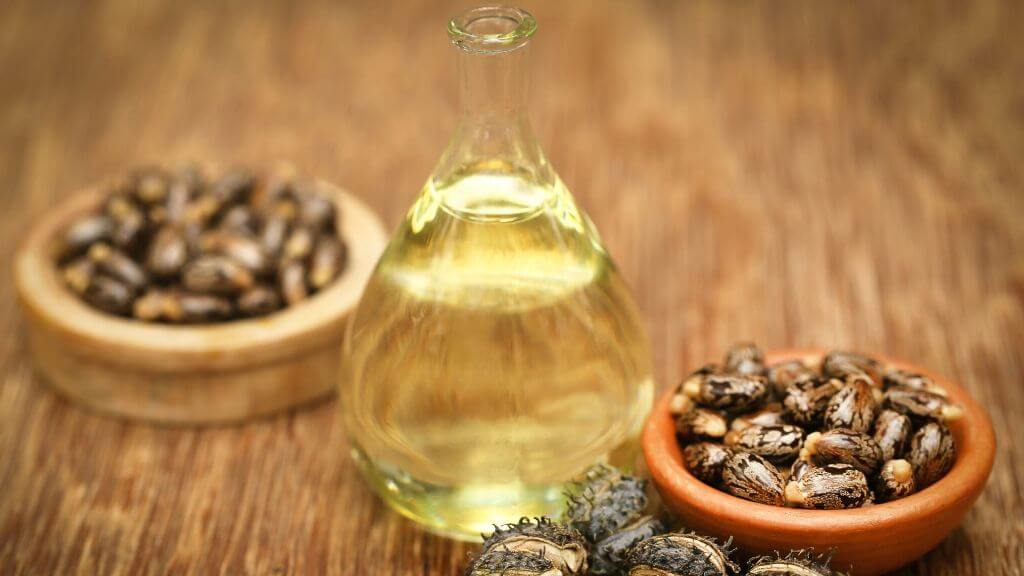 Surgical options are available when severe Peyronie’s disease symptoms appear. Surgery is usually the last course of action taken, and men are advised to wait at least a year before choosing this solution. The available surgeries include:

♦ Penile implants or prosthesis, which involves removing the corpora cavernosa and replacing them with cylinders to straighten the penis

♦ Plaque incision and grafting, which is reserved for more severe cases of Peyronie’s disease. The plaque itself is cut, and space is filled with replacement tissue called a graft, which can come from another part of the body.

There is still much to be learned about Peyronie’s disease, and as research continues, more effective therapies are discovered. Peyronie’s disease is rare, but if chronic can cause severe anxiety and complications with sexual relationships. 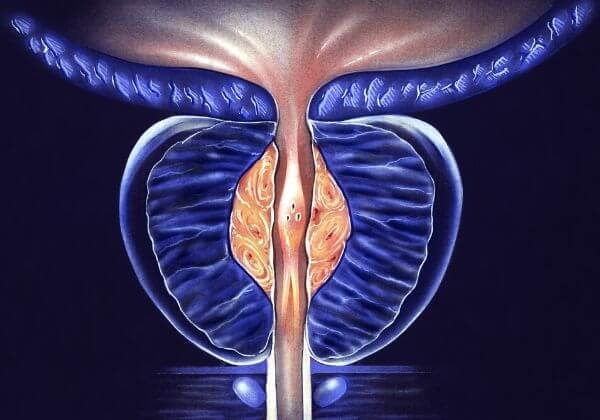 Prostatitis may cause pain or difficult urination if not dealt with early. Here’s everything you n... 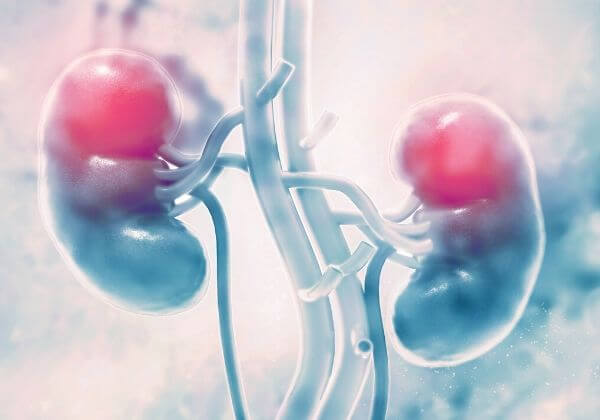 Kidney failure is the inability to perform its function of removing waste or toxins. 1MD provides yo...