When you feel a cold or upper respiratory infection coming on, prepare this satisfying chicken soup, packed with nutrients from protein to vitamin C to boost your immune health. 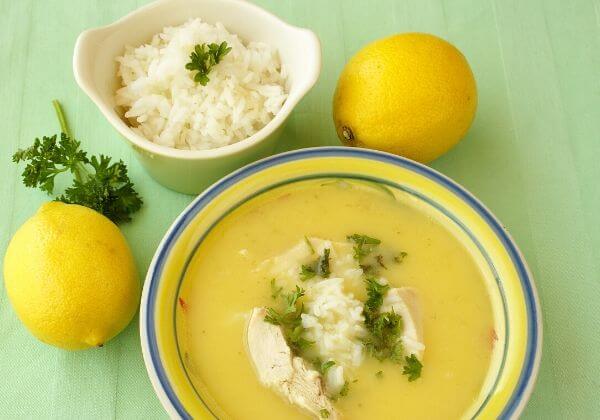 For thousands of years, people have turned to chicken soup when they feel a cold coming on. In fact, during the 12th century, the Jewish physician and theologian Maimonides wrote in his book On the Cause of Symptoms that chicken soup had the power to “neutralize body constitution,” curing everything from upper respiratory problems to leprosy.

This recipe for the variation the Greeks call avgolemono has the immune-boosting properties of chicken soup, enhanced by the addition of ingredients like eggs, onion, and lemon

A widely cited study by Dr. Stephen Rennard at the University of Nebraska Medical Center in Omaha concluded that chicken soup somehow inhibited the migration of neutrophils, the most prevalent white blood cell in our bodies.

Neutrophils are the first-responders of the immune system, arriving at the infection site to release enzymes to kill microorganisms, as well as ingesting them. Chicken soup seems to keep these cells in the place where they can do the most help, which helps to reduce that sneezing and stuffy nose.

In an additional study at Miami’s Mount Sinai, researchers examined how the soup impacted breathing and nasal mucus. They found that chicken soup was more effective at increasing the mobility of nasal mucus than hot water.

4 Nutrients to Spark Your Immune System

This tasty comfort food is teeming with nutrients to kick up your immune defenses when you feel a cold coming on.

A key compound found in most chicken soup recipes, carnosine,  can gear the immune system when you first experience those early flu symptoms. Carnosine, which is sold in supplement form as L-carnosine, is actually a molecular duo of amino acids alanine and histidine, which have antioxidant properties, protecting the body against the damage of free radicals. 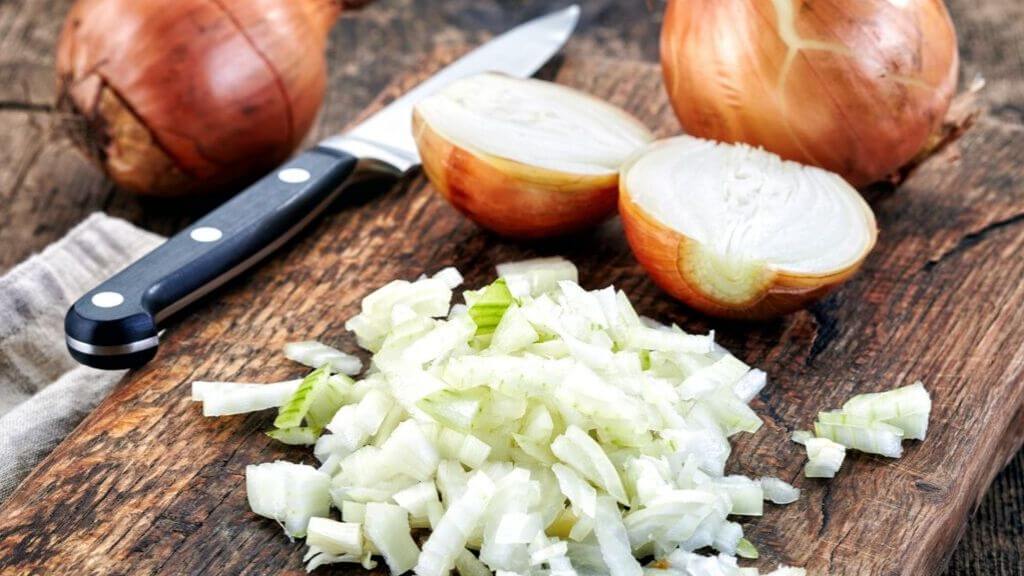 Phagocytes like neutrophils and macrophages have the ability to gobble up foreign invaders such as threatening microorganisms, which helps your immune system fend off the cold or flu.

The onions in this recipe include organosulfides, antioxidants that have anti-inflammatory, anti-microbial and anti-oxidative effects, boosting your body’s production of macrophages.

You may have taken zinc lozenges to shorten the duration of a cold. Chicken stock or bone broth has zinc and other nutrients. Zinc fights rampant inflammation and appears to have antiviral properties that stop a cold virus from replicating or taking up home in your nasal membranes.

The lemon in this recipe provides more than a sunny taste, mindful of the Greek Isles. Although studies do not back the use of Vitamin C as a cure for the common cold, adequate levels of the nutrient may diminish the risk for complications like pneumonia.

How Your Body Fends Off A Cold

The human body has an amazing system for warding off outside attacks if it’s kept running in optimal shape. Our immune system is a combination of a sophisticated security system and police force, detecting any threats and arresting them on the spot. Unfortunately, viruses, germs, and bacteria can be crafty.

Viruses mutate so the body doesn’t always recognize the threat, leaving you with a bad case of sniffles or shaking off a fever.

There are hundreds of different types of viruses that infect your upper respiratory system, leading to a cold. These viruses don’t mutate like the flu virus, for example, so your immune system does build up immunity when you have a cold. However, each time you get a cold, you’re fighting a new virus your body hasn’t yet seen. 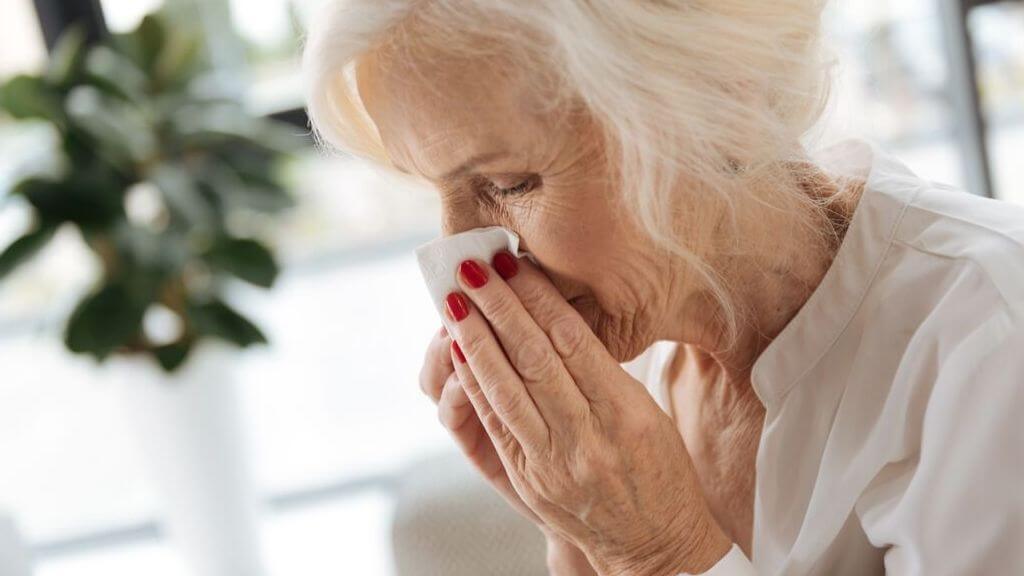 When viruses break into your body, they take over the cells, messaging the viral cells to replicate. All viruses require a living host in order to thrive and to reproduce. This break-in signals what is called an immune response, to seek and destroy through your body’s white blood cells. Our bone marrow makes about a billion of these white blood cells each day.

The job of the B cells is to create a protein that prevents these viruses from copying. They also tag these viruses to alert other blood cells to take on a mission to destroy.

T-cells perform a range of roles, from acting as an alarm system to destroying viruses to assisting the B cells in their mission.

When your immune system has done its job, it leaves behind some specialist B and T cells to remember that virus, which is how your body becomes immune to some viruses, which we refer to as acquired immunity. That’s the science behind vaccines for the flu, Chickenpox, and any other viruses.

Here's a recipe that will warm you up while stimulating your immune system. 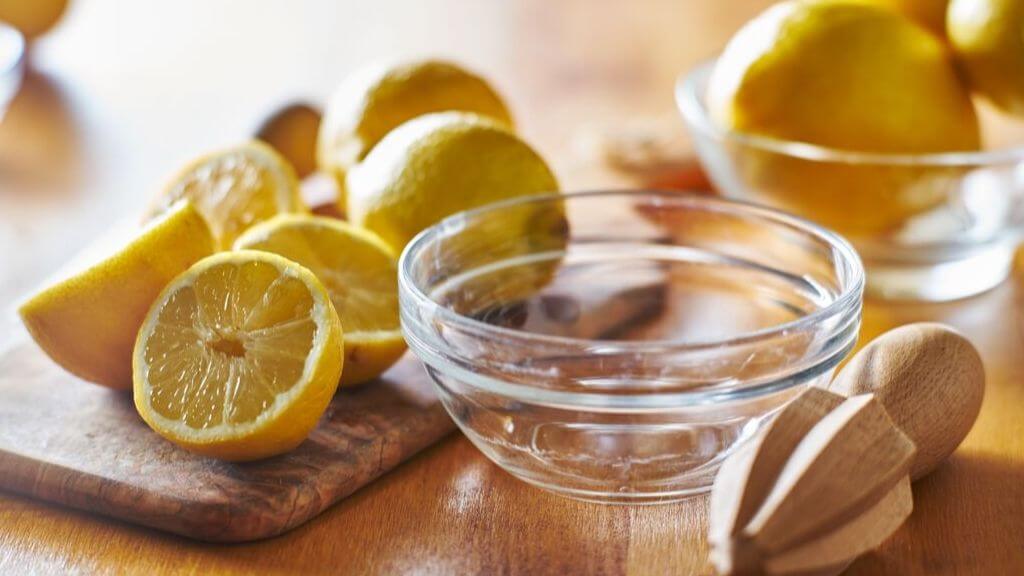 In a large soup pot, heat the olive oil over medium heat, add the carrots, celery, and onion and cook until soft, about 3 - 5 minutes.

In a small, heavy-bottomed saucepan, melt the butter over medium heat and whisk in the flour, until smooth. Gradually add about 4 cups of the broth mixture in the small pot, and cook (stirring constantly) until slightly thickened; then remove from heat.

In a small bowl, beat the eggs until they are foamy.
Slowly beat the lemon juice and the thickened broth into the soup, then very slowly add the egg mixture, vigorously stirring constantly so the eggs do not 'split'. Heat the soup over medium heat until it thickens a bit, but do not return to a boil.

Note: Be sure to add in the beaten eggs slowly to avoid scrambling eggs when you add to the hot broth mixture. 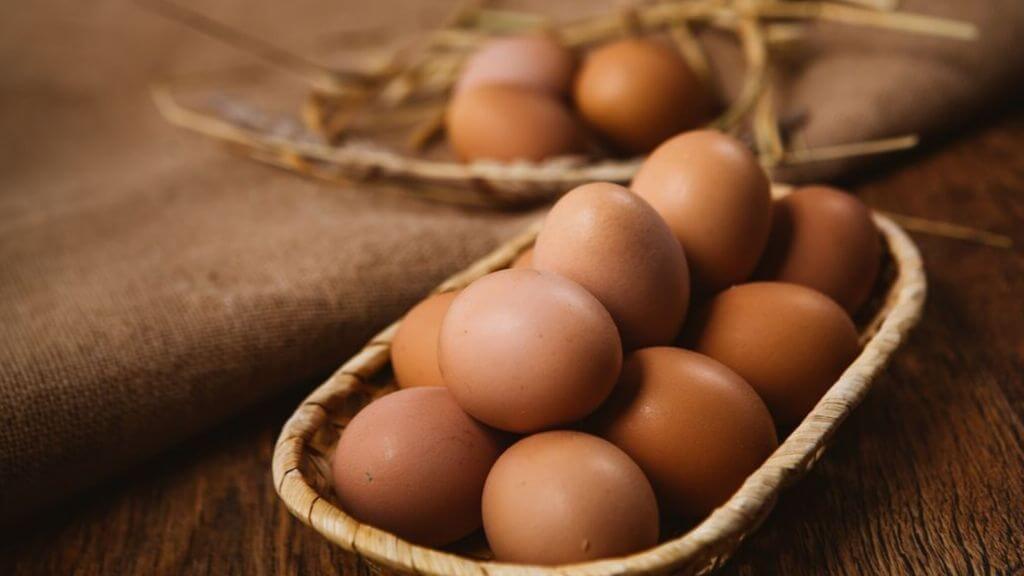 Numerous scientific studies indicate that diet lacking in sufficient high-quality protein can deplete our immune cells. Diets deficient in protein and amino acids are known to compromise your immune system, even at the cellular level.

Amino acids regulate the activation of T- and B-cells, as well as macrophages. Four ounces of chicken breast provides 35 g of protein at just over 180 calories. Poultry also provides B vitamins and selenium, which prime the immune system for that oncoming cold.

Selenium is a trace mineral that supports immune response, also protecting against free-radical damage and inflammation.

A complete source of amino acids in a small package, eggs pack a punch of nutrients that promote immune response, including Vitamins A and B complex, Biotin, protein, and selenium. 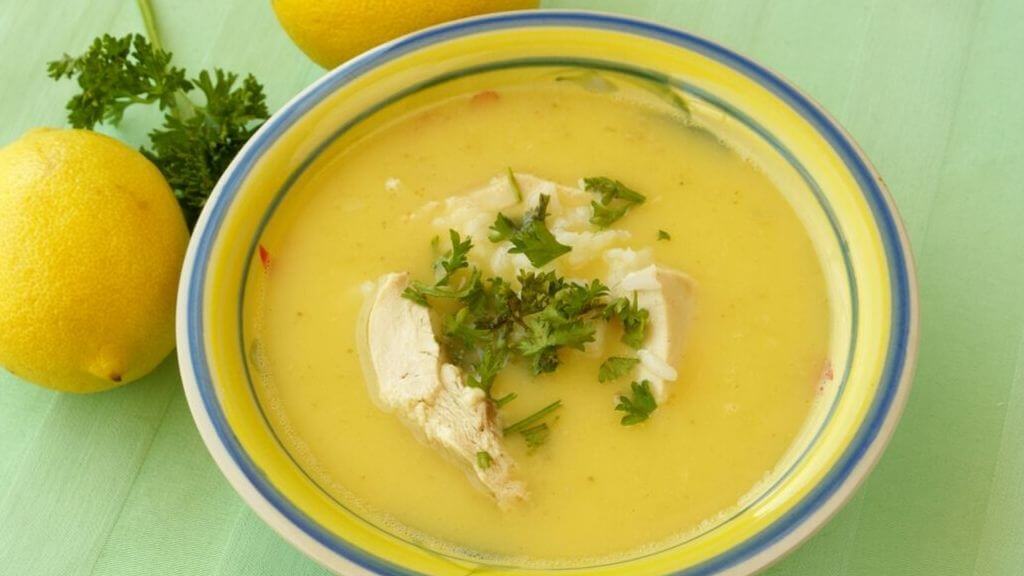 A member of the allium family, onions are prebiotics, with fiber converted by bacteria into anti-inflammatory compounds. The vegetable is packed in vitamins, nutrients, antioxidants, phytochemicals, and flavonoids. Plant-based phytochemicals have disease-preventative properties.

Nutritionists and dieticians recommend “eating the rainbow” because different types of phytonutrients complement each other. Onions are rich in quercetin, a powerful antioxidant and antiviral and organosulfides. Quercetin is also an immune system regulator.

The citrus fruit gives this Greek Chicken, Lemon, & Rice Soup its tart flavor but also provides Vitamin C, which is well-known for its immune-supporting characteristics, especially with regard to upper respiratory infections and colds. Vitamin C may actually decrease the duration and severity of symptoms when you are fighting an upper respiratory viral infection.

The vitamin also supports the phagocytes, healthy T-cell function, and is both an antioxidant and anti-inflammatory. 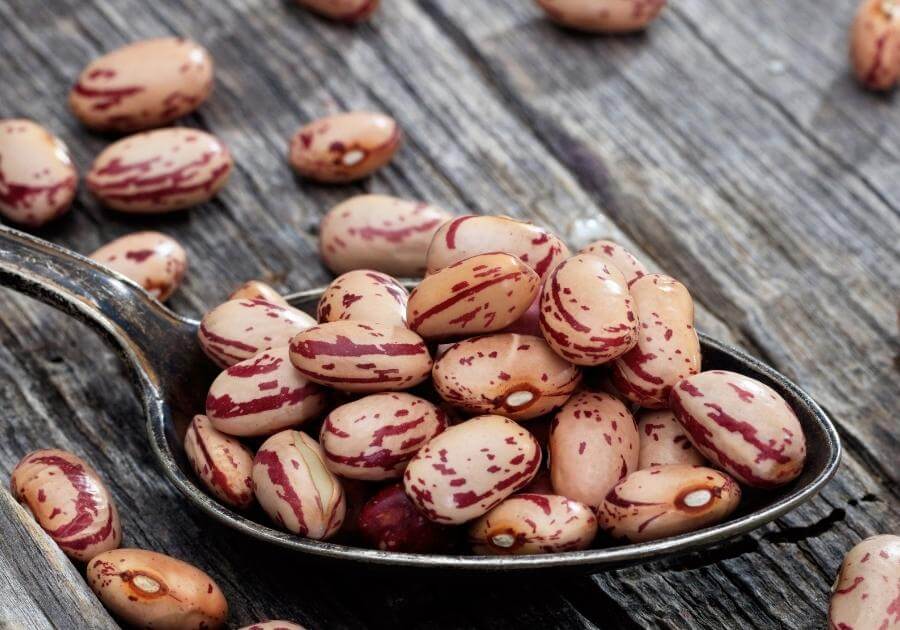 Toasted Pita and Bean Salad to Support Your Health

Beans are nutritional powerhouses. Prepare this delicious toasted pita and bean salad and savor ever... 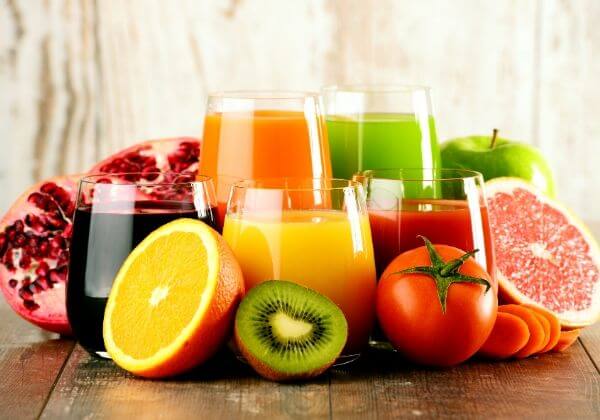 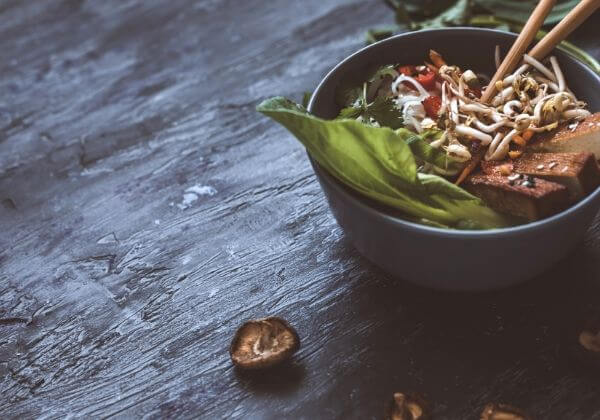 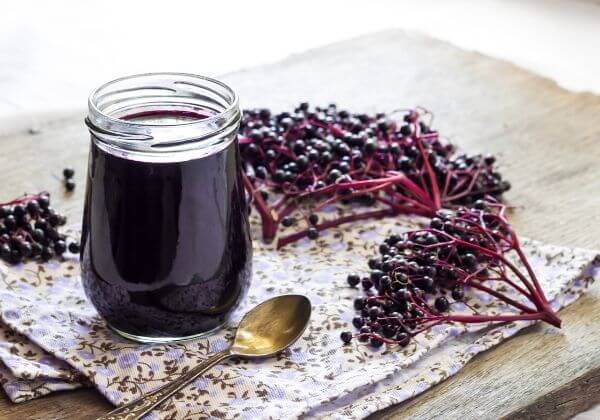 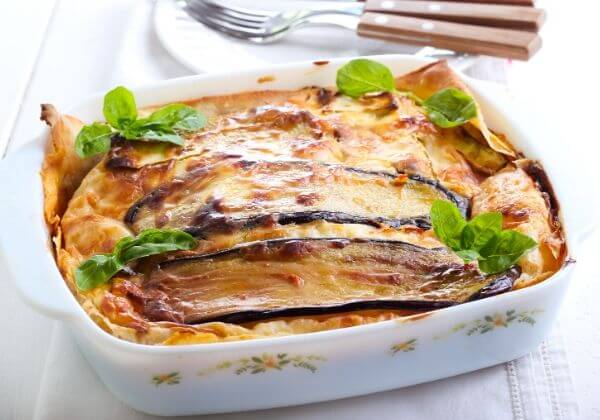 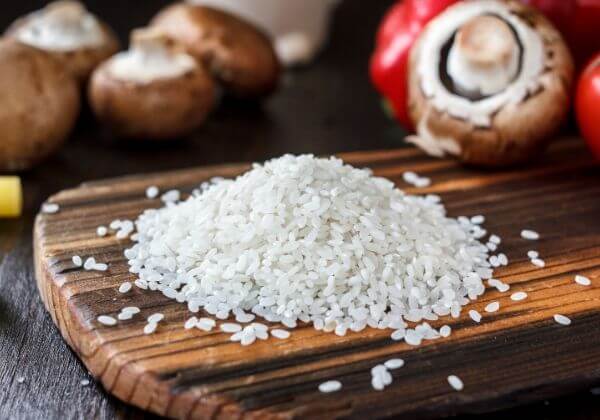 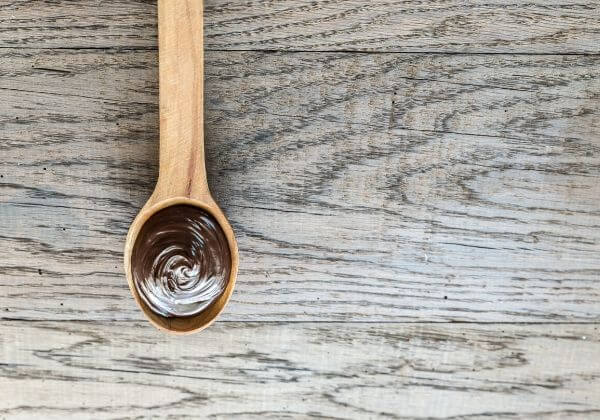 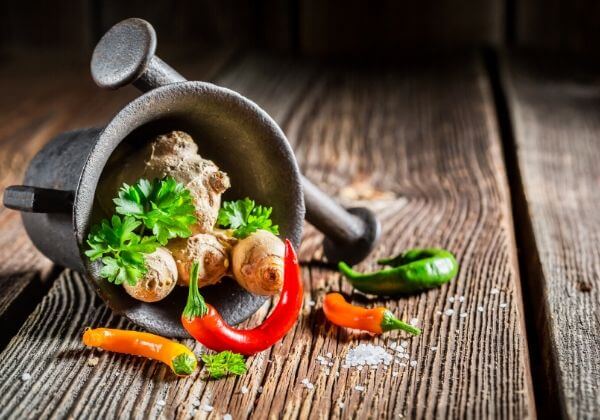 This easy DIY soup recipe doesn’t just warm you up, it supports immune health too. Packed with the... 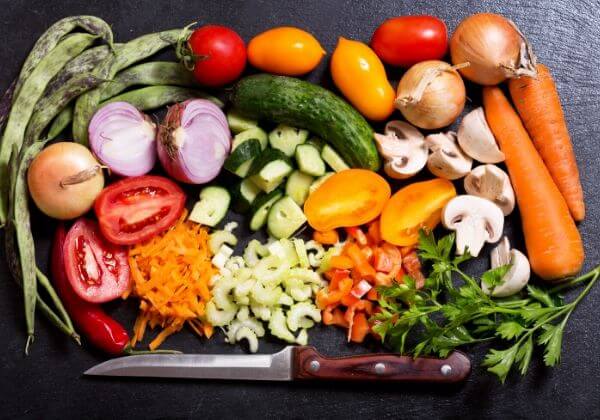 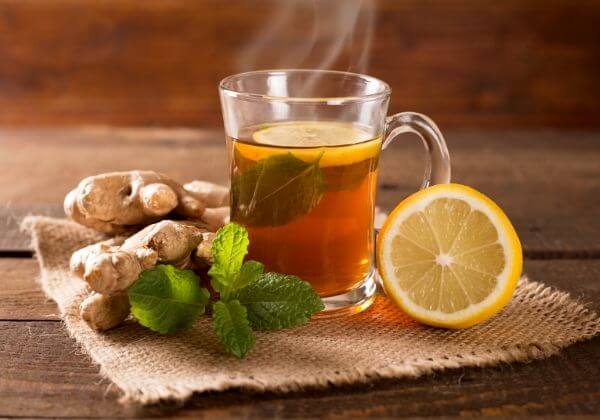 There’s no better way to enjoy the benefits of ginger than by sipping a daily cup of hot ginger te...