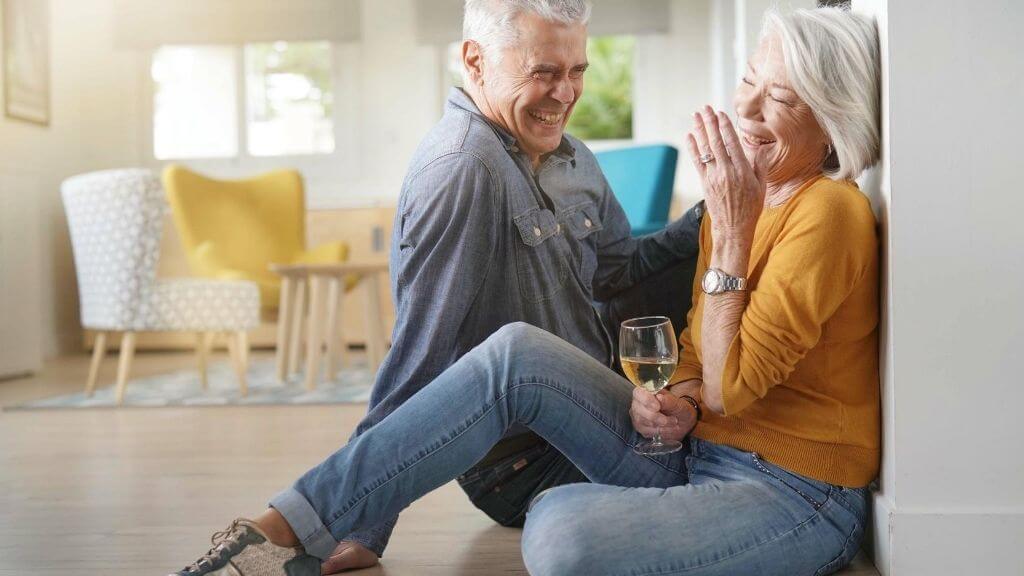 World Laughter Day is May 5 this year, i.e., the first Sunday in May. This day reminds us to laugh and have fun as well as learn about the real health benefits associated with laughter.

There are several silly holidays throughout the year, ranging from Lost Sock Memorial Day (May 9) to Sidewalk Egg Frying Day (July 4) to Learn Your Name In Morse Code Day (January 11), that are more for kicks and giggles than for any deeper significance.

World Laughter Day, however, is fun with a purpose. Few things can turn around a bad day like a good laugh. Aside from the mood-lifting effects that you’re already familiar with, laughter can boost your physical health in surprising ways that you may not be aware of.

If you’re worried about getting sick...laugh more? It may not be the first thing you think of when a plague is sweeping through your workplace, but laughing can give your immune system a very real boost.

Laughter affects your immune system in two related ways. According to Mayo Clinic, negative thoughts cause stress in your physical body, which results in all kinds of chemical reactions that can weaken or burden your immune system.

At the same time, positive thoughts and laughter can help you de-stress, which helps protect your body from illness as well as other more serious conditions. 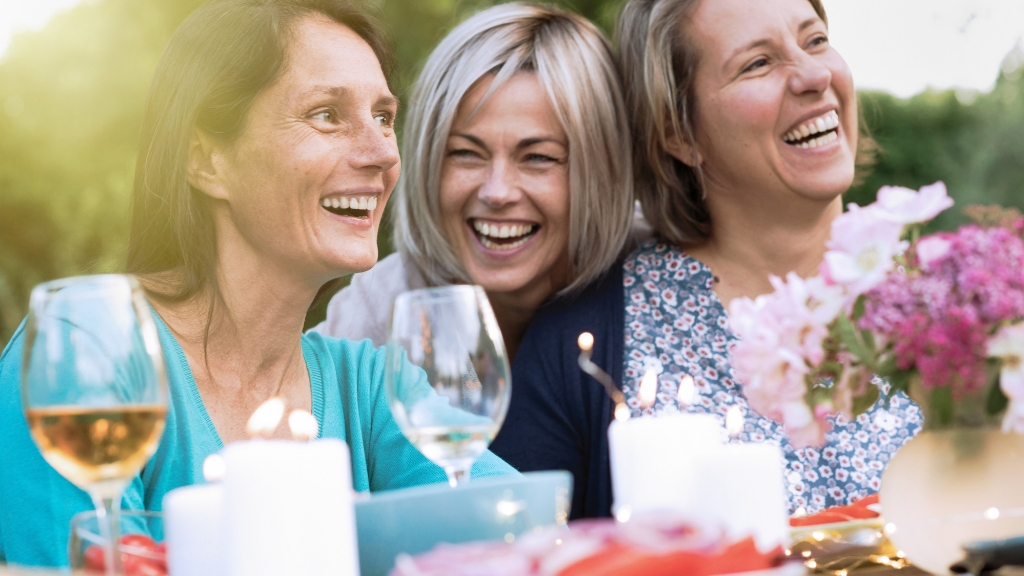 Laughter kicks off a chain reaction of chemicals being released into the body, resulting in the dilation of blood vessels and, thus, an increased blood flow. These same chemicals can help reduce inflammation and help prevent the buildup of heart disease-causing cholesterol plaque.

These circulation-related benefits are similar to the benefits of aerobic exercise and even some cholesterol-reducing drugs. All in all, laughter protects your heart in several different ways.

It’s a given that laughter lifts your mood. That’s part of the reason why people are constantly trying to crack each other up, why we go see the latest or favorite comedy, and why stand-up comedians have a job. Laughing feels good.

The science behind this is not completely understood, but it is known that it releases the neurotransmitter serotonin, which has a variety of jobs to do that includes regulating mood.

Having decreased levels of serotonin is associated with depression, and though it isn’t known how long laughter-created serotonin stays in the system, it may be enough to significantly improve your mood and increase your happiness.

Laughter isn’t just a distraction from pain; it actually increases people’s pain threshold. As reported in Scientific American, a study showed that 15 minutes of comedy as experienced in a group increased the participants’ pain threshold by 10 percent while participants who were tested alone showed a slightly lower increase.

The researchers tested participants both in groups and alone because laughter is more likely to happen in a group setting than solo. Think of watching a comedy in a packed theater as opposed to cozied up on your couch by yourself. The material is the same, but the experience is different, and it’s likely that you laugh more in the theater setting.

The increase in pain tolerance is thought to be due to the release of endorphins, which are the same chemicals that are responsible for an exercise high. One theory as to how this occurs when people laugh is that prolonged, deep laughter really works the abs, which then releases endorphins.

Ab workout, you say? Well, it’s more of an added bonus. If you’ve ever done a crazy ab workout, you’ve experienced the after-effects over the next couple of days. This includes a decreased ability to reach for things on high shelves as well as not wanting to sneeze or laugh.

This study found that laughing increases heart rate by as much as 20% and 10 minutes of laughing can burn up to 40 calories. While watching a comedy show may not replace your ab routine any time soon, 10 to 15 minutes of laughing could mean a 4-pound weight loss in a year. And any little bit of help on your ab quest counts.

This isn’t to say that laughter is the fix-all for relationships, but it is an extremely effective tool when it comes to creating a deeper, stronger connection with another person. 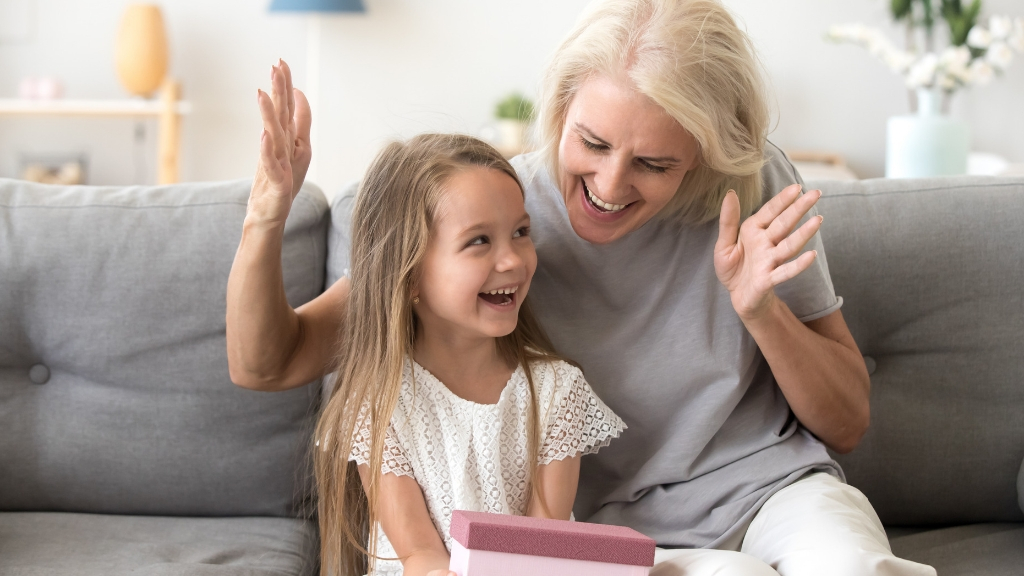 Psychology Today reports that laughter is a key, universal component of a healthy relationship. It’s not so much about humor and belly laughs, but about the emotional connection that people make with each other.

The physiological benefits, like lowering stress levels, can help create a healthy atmosphere for a relationship, but perhaps the most relevant effect that laughter has for a couple is that they are taking emotional pleasure by simply being together.

Whether your relationship is healthy and strong or in need of some work, laughing together can bring more intimacy and warmth to the table.

How Will You Celebrate World Laughter Day?

There are endless ways that you can participate in World Laughter Day and reap the benefits of laughter year round.

Give yourself a multi-faceted health boost simply by keeping laughs on hand. Save videos, memes, or gifs that make you chuckle for moments when you’re feeling overwhelmed, stressed, or down.

Look for the lighter side and humor in situations that could otherwise have a negative impact on your day. If you aren’t able to do this on your own, spend time with people who can make you laugh and who you can make laugh in return. Humor is very much a shared experience and is richer when you’re with someone else.

It may sound kind of hokey, but try laughing even if you don’t feel like it. While it can start forced and awkward, it can result in genuine laughter. Just remember that humor shouldn’t be at someone else’s expense and shouldn’t be harmful to others.

Laughter is about more than having your funny bone tickled. It has several health-boosting effects on the body and mind that can protect you from health issues as serious as heart disease and can strengthen your most significant, intimate relationships.

Take some time on the first Sunday of May every year to reflect on the importance of laughter and get in a few good giggles. The fact that it is Cinco de Mayo in the U.S. may be able to help as well.