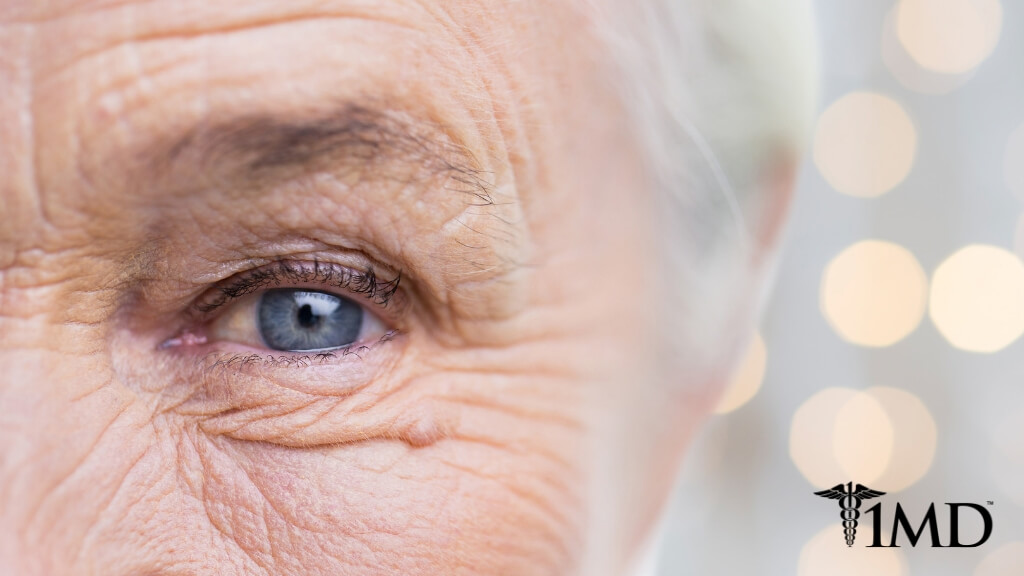 Diabetes is a very serious problem in the United States. According to the American Diabetes Association, in 2015, 9.4% of the population had diabetes, but the percentage of Americans aged 65 or higher was at 25.2%.

Type 2 diabetes is the one that primarily affects adults. It’s not only a growing problem, but the longer you live, the better your chances are of developing this disease.

This report takes a deeper look at type 2 diabetes and how it affects your eye health.

Type 2 diabetes is typified by high insulin resistance, causing the body to improperly manage glucose (sugar) levels in the blood. It often causes a rollercoaster effect of insulin in the body and for some this exhausts the pancreas and less and less insulin is produced.

Your odds of getting type 2 diabetes increase as you age, but obesity, poor diet, and lack of physical activity can bring about this disease at any age, even childhood.

Most people know that having diabetes means watching your blood sugar or having to deal with health complications. Those complications can include kidney damage, heart disease, stroke, and nerve damage in the hands and/or feet. Another area of the body that’s particularly susceptible to the ravages of diabetes is your eyes. 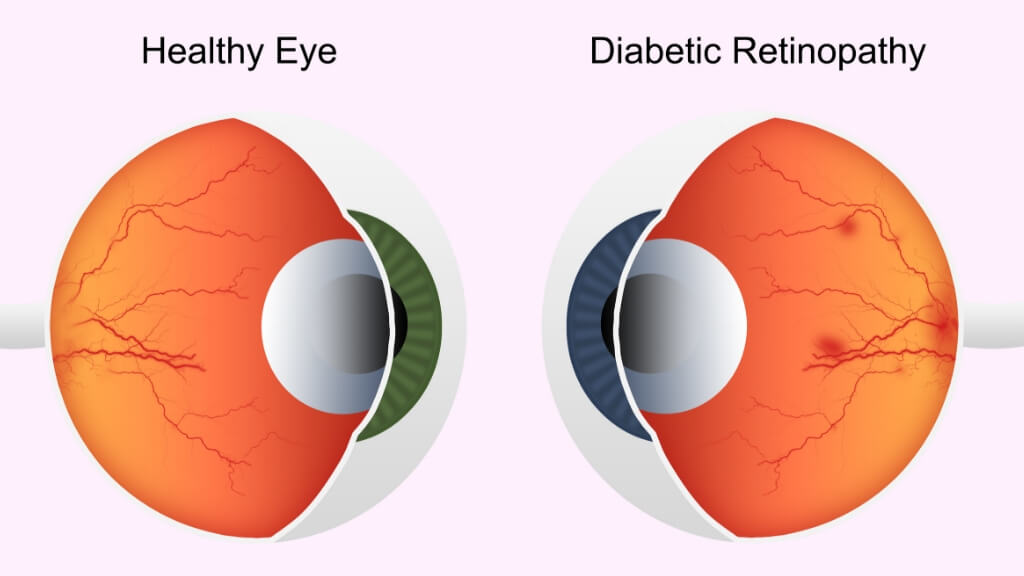 How Diabetes Can Affect Your Eyes

There are several different ways that diabetes can cause eye complications. All of the following diseases can cause severe vision loss and even blindness.

Your vision is just one reason that regular blood tests should be performed and blood sugar levels need to be checked. It’s also vital that annual eye appointments be made to track vision for any complications.

Diabetic retinopathy is a condition that affects the eyes of someone who suffers from diabetes. When someone has a regularly elevated blood-sugar level in the blood vessels of their retina, damage is caused.

Diabetic retinopathy begins slowly and can take a while to even notice vision changes. Not all initial symptoms are the same, but you may experience the following:

♦ Fluctuation between clear and blurry vision

♦ Floaters across your vision

♦ Dark or “empty” areas in your vision

If left untreated, diabetic retinopathy can lead to blindness and is estimated to be the most common cause of vision loss among people with diabetes. 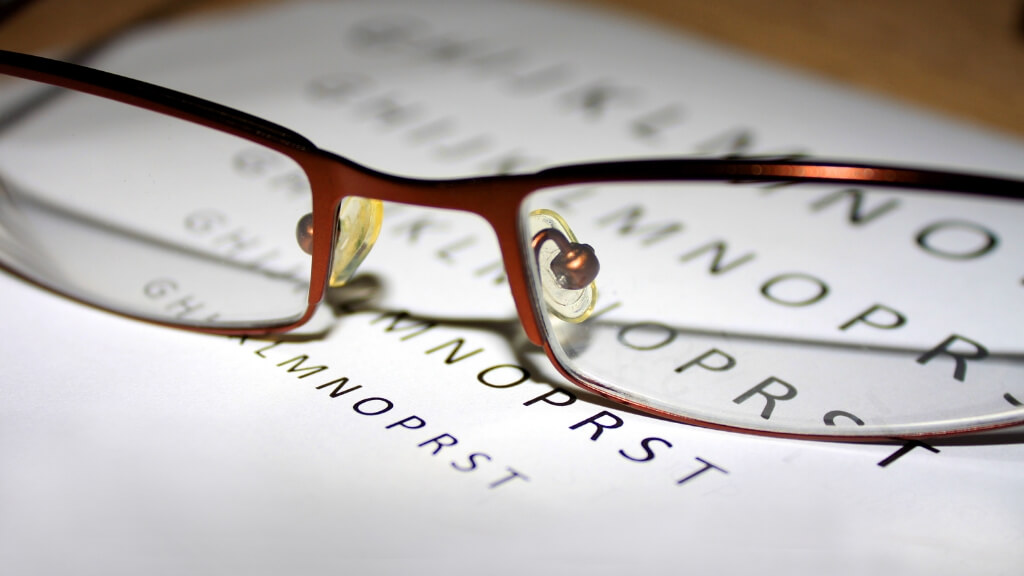 If caught in the earliest stages, treatment other than keeping your blood sugar in check, might not even be necessary. If not noticed until later, there are several different forms of treatment that can halt the progress and may even be able to bring back some vision loss.

Diabetic macular edema is actually a complication that arises from diabetic retinopathy. It’s the swelling of the macula of the eye that is caused by a build-up of fluid. The macula is responsible for the vision directly in front of you, which is crucial for reading, recognizing faces, and driving.

DME first presents with blurring in the center of your vision. It may be noticed by the patient or it can be detected during a comprehensive dilated eye exam, which should be performed every year for people with diabetes. Further tests may be required to give a complete diagnosis of the eye. 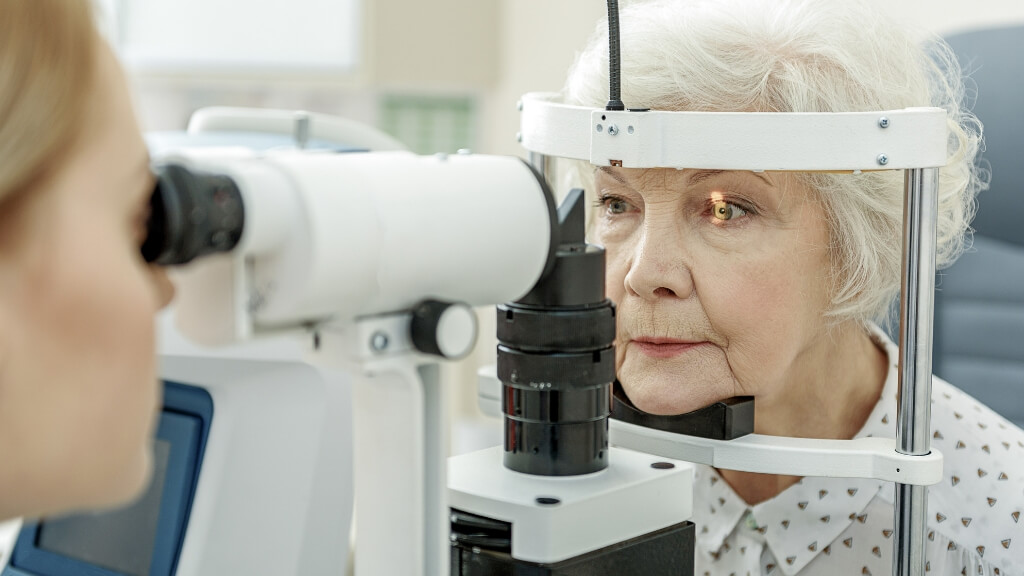 People with diabetes can develop cataracts when excess blood sugar clouds the lenses. Cataracts are fairly common and typically related to aging. Because your chances of getting diabetes increase with age, as do cataracts, it’s believed that more than half of all Americans either have cataracts or have had cataract surgery by the age of 80.

Controlling blood sugar is again key to protecting the lens of the eye from cataracts. But cataracts are not strictly a diabetic disease; they can occur in people who have no problems with blood sugar or insulin. A lens with cataracts can be affected in two different ways: clouding or a yellow-brown discoloration.

Cataracts can be detected in your annual eye exam. Early treatment might include new glasses.

Cataract surgery is typically not performed until the vision loss interferes with daily living. Cataract surgery is one of the safest and most common operations in the United States, and for approximately 90% of all cases, the surgery not only cures the cataract but leaves the patient with better vision afterward.

Glaucoma is actually a collection of diseases that can affect the eye’s optic nerve. This can lead to irreversible loss of vision. While glaucoma can occur in people who do not have diabetes, a diabetic person’s chance of getting glaucoma is double that of someone else.

| Related: Understanding and Preventing the Different Types of Diabetes |

The symptoms, if there are any, can include patchy blind spots, tunnel vision, headaches and/or eye pain, blurred vision, and light halos. 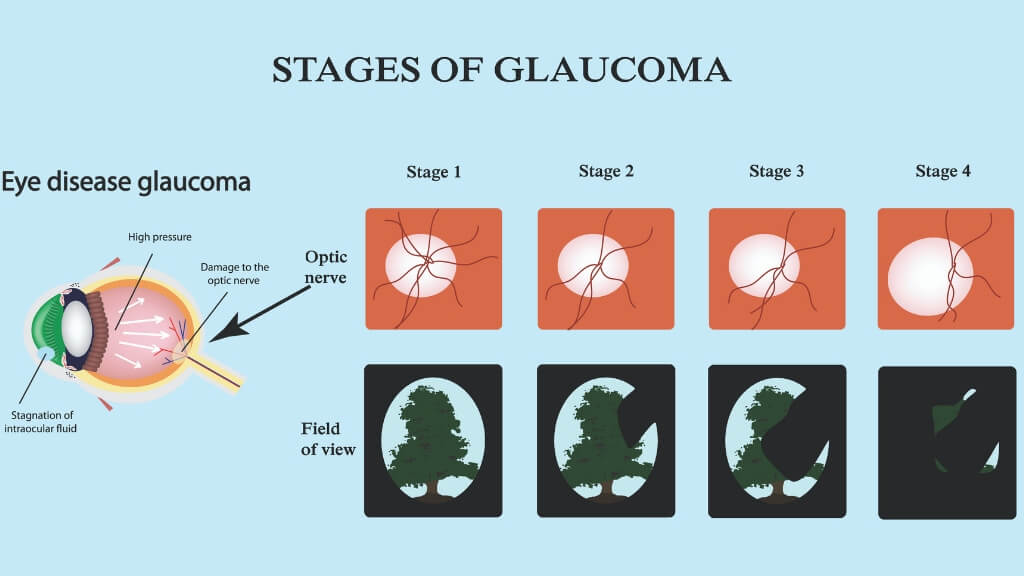 Treatment for glaucoma includes eye drops, pills, laser surgery, traditional surgery or possibly the use of more than one of these treatments in conjunction. Unfortunately, untreated glaucoma eventually causes blindness, and in about 15% of treated cases, blindness still occurs.

Diabetes is a very common disease in the United States, with type 2 diabetes being the most prevalent form.

When there is too much sugar in the blood a number of different problems can occur throughout the body. The eyes and vision are particularly vulnerable to diabetes, and several different eye diseases can develop.

There are treatment options for all of these diabetic eye complications, but early detection is essential. If you have diabetes, make sure that your annual eye exam is part of your healthcare routine.

READ NEXT >>> Can Turmeric Help in Diabetes Treatment?