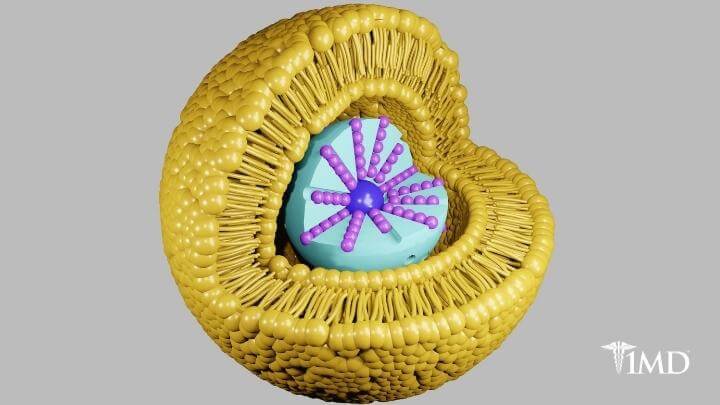 Cancer affects millions of people, every year, all over the world. Thousands of people are diagnosed with cancer every day. This deadly condition claims the lives of countless people on a daily basis. Now, scientists are taking a new, firm stand.

Science experts are currently researching tumor-shrinking nanoparticles that will purportedly help fight off cancer cells and keep them from ever coming back.

Researchers at the Mayo Clinic are looking into nanoparticles and are studying the effects that they can have on breast cancer tumors. They are also looking at how these particles can keep the cancer from returning, once treated.

In a study that was published in Nature Nanotechnology, the scientific analysis showed that the study could be properly conducted with mice.

These mice were injected with nanoparticles to fight off their cancerous cells. Between 70 and 80 percent of the mice had a reduction in the size of the cancerous tumors. They were also resistant to the recurrence of future tumors.

The study also showed that these nanoparticles were able to trigger an anti-cancer response from the immune system.

In this study, they were able to recognize HER2 protein which is positive for breast cancer cells. People with higher levels of HER2 have been known to have the cancer spread at an aggressive rate.

This study has also found that the nanoparticles will not only help the body fight off existing cancer, it will help the immune system continue to fight off cancer.

How The Nanoparticles Work

The nanoparticles allow the immune system to be able to recognize cancerous cells. In the future, they will be able to destroy them so new tumors will not form.

These nanoparticles are being expanded so they can recognize the different types of cancers that affect the body, and then effectively fight them off.

This technology is also being used to recognize and destroy other diseases including neurodegenerative disorders and neurovascular conditions.

Doctor Betsy Kim, M.D., Ph.D. has been one of the lead investigators into this new cancer-fighting technique. Dr. Kim and her team developed a Multivalent Bi specific Nanobioconjugate Engager which is being used at the Mayo Clinic.

This new antibody will also stimulate the immune system of the body. The body will be able to recognize HER2 as an invader and attack the cancer cells effectively.

The nanoparticles have macrophages and phagocytes attached to them. This is for the stimulation of the immune system. These items will help the immune system destroy invaders that do not belong in the body and aren't recognized by the body.

If there are enough of these particles in the body they can stop the growth and the development of the cancer cells. They will also stimulate the T-cells in the immune system to kill any remaining cancer.

If the cells appear again in the future, the immune system would kill them off. This is why nanoparticle research is becoming highly sought after.

They can have the body fight off the cancer and give the immune system the ability to recognize the cancer cells as invaders. That is something that the body currently cannot do on its own. (Nanoparticles have been studied for these uses since the latter part of the 1990s.)

These particles began as a drug being developed to assist the process of cancer treatment and chemotherapy. There are still studies being conducted with nanoparticles and how they are able to fight off tumors as well as other diseases.

There are also additional nanoparticles that are being investigated. The nanoparticle that is being called 'NBTXR' was developed to help treat seven different types of cancers.

The goal of this particle is to take the cancer and turn it from a cold tumor into a hot tumor. This transformation has been the goal of those studying oncology for a number of years. This is something that is not easy to do and if the nanoparticles are able to accomplish this task they can change the way that cancer is treated.

They have been successful when the nanoparticles have been administered directly onto a tumor. This allows it to capture and bind cancerous cells together.
If a person is going through radiotherapy they see improved and effective results.

Nanoparticles contain a compound that can trigger cell death. This is one of the ways that the immune system will be able to fight back against cancer cells.

They trigger the response to destroy and kill the cancerous cells that appear in the body. This process also helps prevent the tumors from forming (or re-forming).

Nanoparticles have been tested on humans. There were 26 participants that randomly received the nanoparticle treatment. Some of these people had the treatment in combination with radiotherapy.

Some of the patients did not receive the radiotherapy. Researchers measured the size of the cancer before and after this study in each of the participants.

It was shown that people that had received the nanoparticles had a lower number of T-cells inside of the tumor which were working to destroy it.

Patients that received radiotherapy by itself did not have the same results. The people that had the nanoparticle treatment experienced a boost in their gene expression — an increase in the activation of the immune system responses
and the amount of T-cells sent to destroy and remember the cancer cells.

Cancer is a sad, horrifying condition for millions of people around the world. Cancer can affect anyone at any time and for many years, treatment options were limited.

The abnormal development of the cancer cells is something that the body does not recognize and allows the cancer to continue to reproduce. Nanoparticles may be the antidote needed to help rid the body of these destructive and fatal cells.

This new development in science may be what people have been waiting for to finally help mankind fight back against cancer and remain cancer free for life.