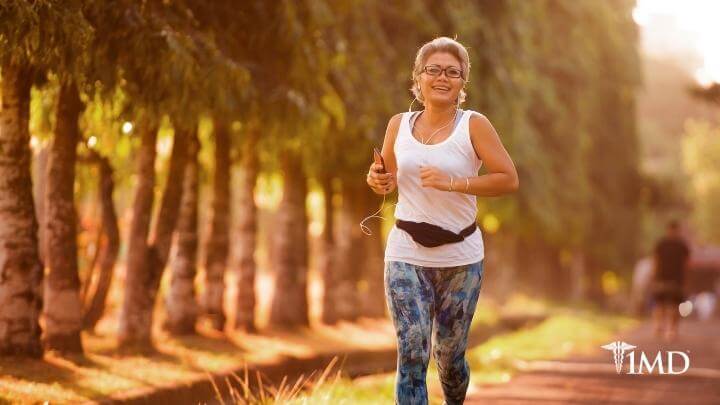 There is a new study that suggests that running is highly correlated with an extended lifespan. Runners seem to live three years longer than the people who don't run, according to the study.

According to new scientific calculations, this seems to suggest that an hour of running could extend a person's life by a full seven hours, so the math seems to work out in runners' favor if the findings are true.

Runners were shown to be forty percent less likely to die prematurely. People also don't have to worry about spending those full extra three years running.

In forty years time, a person who runs regularly enough to get all of the associated benefits of running would spend around six months running total.

While that does sound like a lot, six months over the course of forty years is still fairly modest. Since people who run seem to get an additional 3.2 years of life, they would still get 2.8 years of life that they didn't have to spend running.

People should know that all forms of movement can contribute to a healthy lifestyle. Other forms of exercise are hugely beneficial as well. People can lower their risk of premature death by bike riding and walking.

The study suggests that running will lower a person's risk of premature death more than other exercises, but other exercises are still critical when it comes to fitness.

Getting the Full Health Benefits of Running

Many fans of exercise have been saying for years that exercise is the single most important healthy habit. This study seems to demonstrate that this is the case.

Running has a positive impact on blood pressure levels, so this could explain part of that effect. (It is not recommended to take on bad habits even if you are running.)

The runners in this study got the full benefits of running even if they were obese. This study seems to provide more evidence for the idea that behaviors are better predictors of health than a person's body size.

However, it should be noted that the people who try to run all day aren't really doing themselves or their bodies any favors. Professional athletes have a tendency to have a low life expectancy in general, and professional runners are no exception.

After four hours of running per week, people really are not going to get any real additional benefits from it. People also will not gain more than three years from running regularly.

This isn't a case where running more often will lead to infinite gains, which is probably good news for the people who feel most comfortable with moderate exercise.

It should also be noted that people don't have to be fast runners, endurance runners, or even especially skilled runners to get the full benefits of running.

People who run for only five minutes a day can get some of the life extension benefits. Running very slowly seems to also help, so people don't have to worry about their speed when it comes to running.

People can also run sporadically and get many of the benefits. These findings seem to favor sprinters and long distance runners equally, which is good news for the people who prefer both running styles.

Amping Up Health and Fitness

This study demonstrates a correlation between running and an extra three years of life, of course. It should be noted that the people who were studied were almost exclusively middle class and white.

It's been well-known that people who are middle class tend to have fewer health problems compared to people in different class brackets.

The causal relationship between running and extended life seems to be difficult to explain. The researchers themselves seem to have a hard time understanding it, especially since running has a lot of unique benefits despite being fairly simplistic.

They suspect that running increases a person's aerobic fitness to a higher degree than a good portion of the other exercises, and this might be the reason why the health benefits of running are so substantial.

However, the reason why running extends life remains a mystery, and whether or not there even is a clear causal relationship between the two is even harder to firmly establish.

The ultimate message of a study like this should be that fitness is very important for the people who want to spend more time living healthy and long lives.

People who hate running do not necessarily have to start running, especially since the study demonstrated a correlation between running and extended life and nothing more. However, the study certainly reinforces the idea that exercise is the most important healthy habit of all.

People can truly reduce their risk of premature death through exercise even if they don't have the healthiest lifestyles in the world.

Even smokers or drinkers will live longer if they exercise. Lots of people seem to believe that if they can't make their lifestyles purely healthy, they should just give up and sit around all day eating anything they want and smoking and drinking.

Studies like this demonstrate that this is a false 'all or nothing' way of thinking. People should actually be able to improve their life expectancy through exercise even if they can't stop all of their unhealthy habits. All it takes is making some of the right choices. Add in some extra running, and gain some extra years of life.