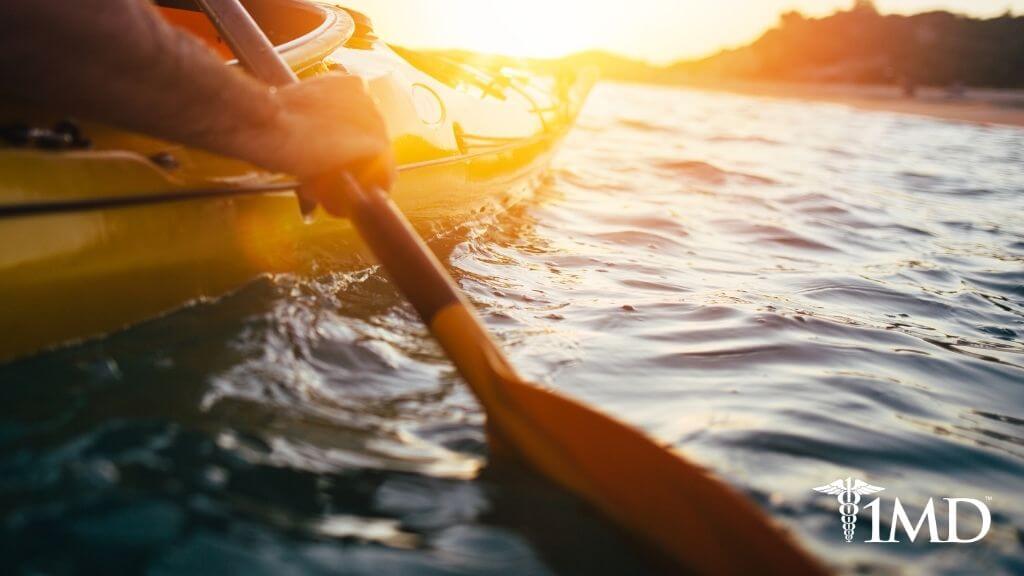 Being a professional athlete is a stressful job. so the last thing an athlete needs to face is a serious disease. Unfortunately, this is exactly what happened to Olympic kayaker, Carrie Johnson.

Diagnosed with Crohn’s disease, Carrie never skipped a beat and battled through what ended up being her fiercest competition yet.

From Carefree Living to Crohn’s Disease

Having competed in kayaking since the age of 14, Carrie was essentially one with her kayak. With dedicated training schedules and flawless kayaking skills, she represented the United States in the 2008 Olympic Games.

| Related: 10 Reasons Why You Feel Tired All the Time |

Having already secured several wins in national competitions, she was the first U.S kayaker to qualify for the 2008 Olympics. Additional pressure to perform was nothing she couldn’t handle, but her failing health became a challenge.

Carrie noticed a change while training and began to suffer from chronic fatigue, extreme weight loss, and anemia. Testing was extensive and time consuming, so she was forced to sit out of the water and watch others train for her dream while the results were being found.

It took several tests to determine the diagnosis of Crohn’s disease and doctors advised of the demanding road to recovery. The break from training and the shocking diagnosis were taken in stride, as Carrie used them to further fuel her desire to succeed. 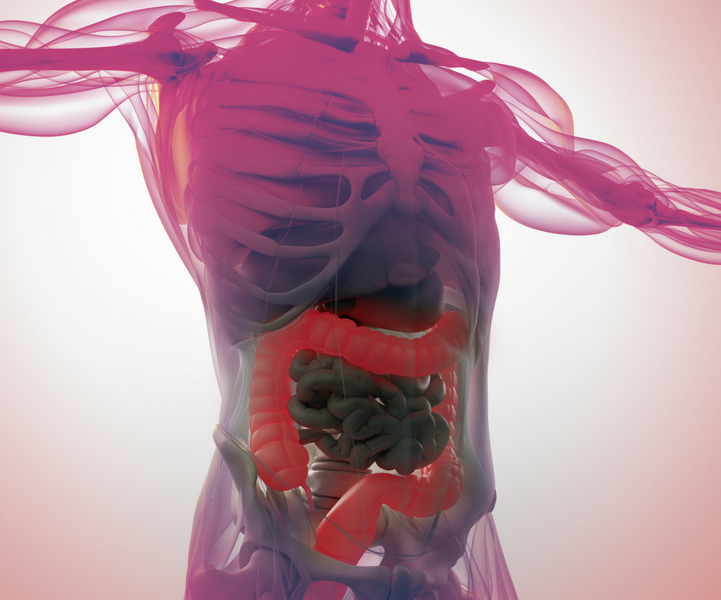 The disease typically develops slowly, and the symptoms can easily be mistaken for other conditions. The diagnosis is not usually made until symptoms begin to get worse.

| Related: Can Probiotics Help With IBS? |

At first you notice diarrhea, fatigue, fever, a loss of appetite, weight loss, and feeling a frequent need for bowel movements. Since these are also common with upset stomachs and allergies, it can be challenging to get an early diagnosis.

Crohn’s disease is an inflammatory bowel condition and there is no definitive proof as to how or why it develops, nor is there a definitive cure. The disease affects the small intestine and colon mostly but can cause damage along any part of the gastrointestinal tract from mouth to anus.

The frustrating part about the disease is that some parts of your GI tract can be affected while others appear to be skipped over, making it hard to diagnose.

Carrie Johnson found out that her dreams could still be reached despite the diagnosis. Medications are available to help with symptoms, but simple dietary changes and taking probiotic supplements provide the most benefits. 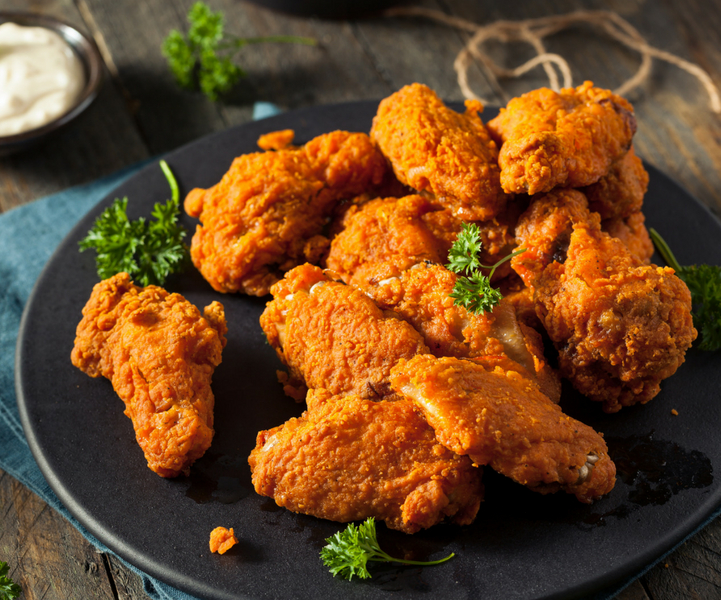 Once changes have been made, the disease is manageable and you may only have to deal with occasional flare ups. No matter where she travelled and how intense training was, Carrie was able to control flare ups and live out her dream.

Food is not the cause of Crohn’s disease, but studies have shown that it does contribute to flare ups and inflammatory pain. It is, therefore, important to follow a specific diet to minimize these occurrences and keep you following your path and goals.

Understanding how foods affect the condition and the impact they have on your digestive system and gastrointestinal tract will be the best defense and treatment. The important aspects of a Crohn’s disease diet include calories, reduced lactose, and low fat, fiber and salt content.

This diet supports digestion and nutrient absorption, but you may react differently to some of the foods. Using a trial-and-error approach or working with a nutritional specialist like Carrie did, you can identify the foods that cause irritation and those that keep you pain-free and healthy.

Avoid foods that cause sensitivities: Fried foods, spicy foods, alcohol, and caffeine are all common culprits for food sensitivities. Gluten products are also known to cause allergies which can worsen Crohn’s symptoms. Avoiding these foods can limit inflammatory reactions that contribute to flare ups. 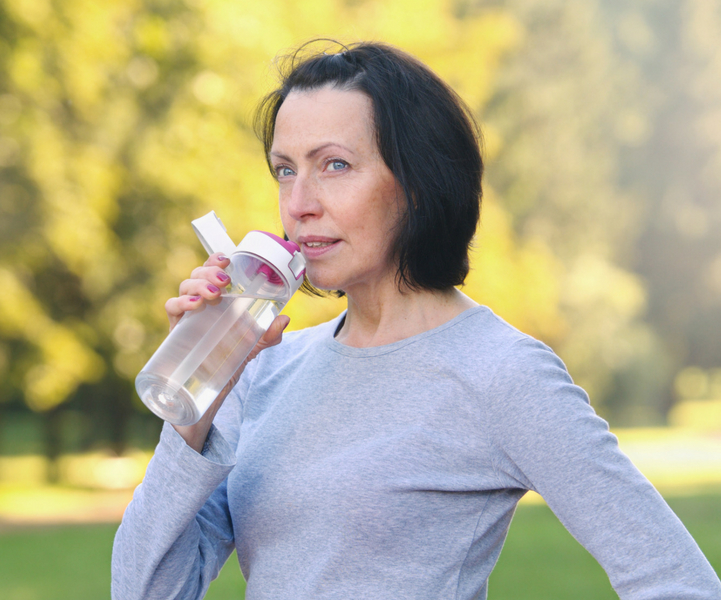 Limit dairy intake: Lactose intolerance is the inability to digest lactose and it has been linked to making the symptoms of Crohn’s disease worse. Exposure to lactose triggers an inflammatory response that can exacerbate symptoms, such as diarrhea and abdominal pain.

Increase water intake: Crohn’s disease can negatively affect your body’s ability to recycle water from the digestive tract which can cause dehydration. By drinking plenty of water not only can you promote healthy, flowing digestive movements, but you can also protect yourself from dehydration.

Limit fiber: While fruits and vegetables are important for your health, you need to be careful as many varieties can be difficult for compromised digestive systems to process. Omitting dietary fiber from your diet altogether is bad, so you should always cook produce whenever possible.

This will allow for easier digestion, and prevent additional strain to a Crohn’s-affected digestive system.

Supplemental support: Because Crohn’s disease interferes with your body’s ability to absorb essential vitamins and minerals, supplementing these is a beneficial way to keep nutrient levels up and health optimal.

Due to the limitations on food, Crohn’s disease may prevent you from following a balanced diet, so supplemental vitamins can make up for that. 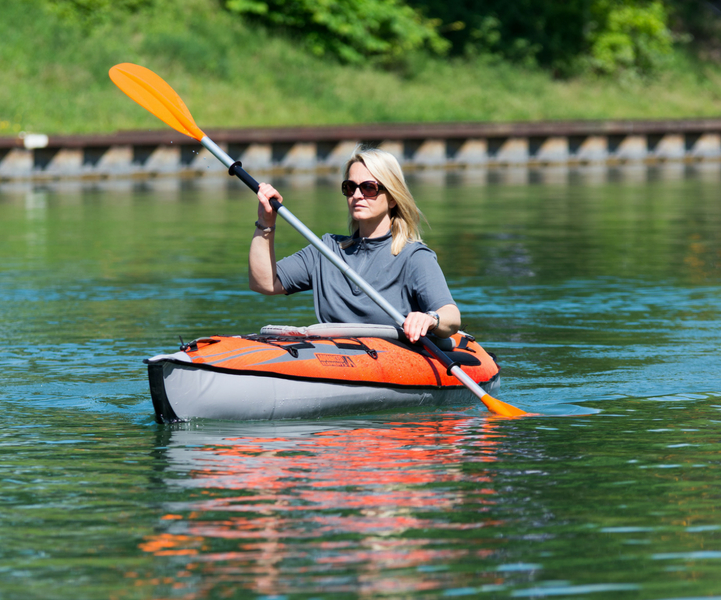 Try probiotics: Crohn’s disease affects the intestinal tract, which is where thousands of beneficial bacteria live. This microbiome is essential for maintaining health and any disruption can allow pathogenic strains to take over, leading to additional conditions and disease.

Probiotics help to restore bacterial balance and ensure that beneficial strains are healthy and happy. Probiotic support boosts your immune system and combats inflammation, both of which are advantageous in minimizing Crohn’s symptoms.

Crohn’s disease does not have to be a devastating diagnosis. It certainly did not stop Carrie Johnson from reaching her goals!

She now stands as a proud advocate, letting others know that there is nothing to be embarrassed about, and that you can live a full and happy life despite its presence. The key is learning and understanding the disease and how to control flare ups.

With the recommended dietary and lifestyle adjustments, it can be almost impossible to even tell you have the condition. Eat smaller meals and make sure you get nutritional support to keep levels of vitamins and minerals up.

Add probiotic support to keep your gut healthy and ready to fight the occasional flare up, so you can live your life the way you want, despite Crohn’s disease being along for the ride.