Why Nutritional Psychiatry Is the Future of Mental Health Treatment 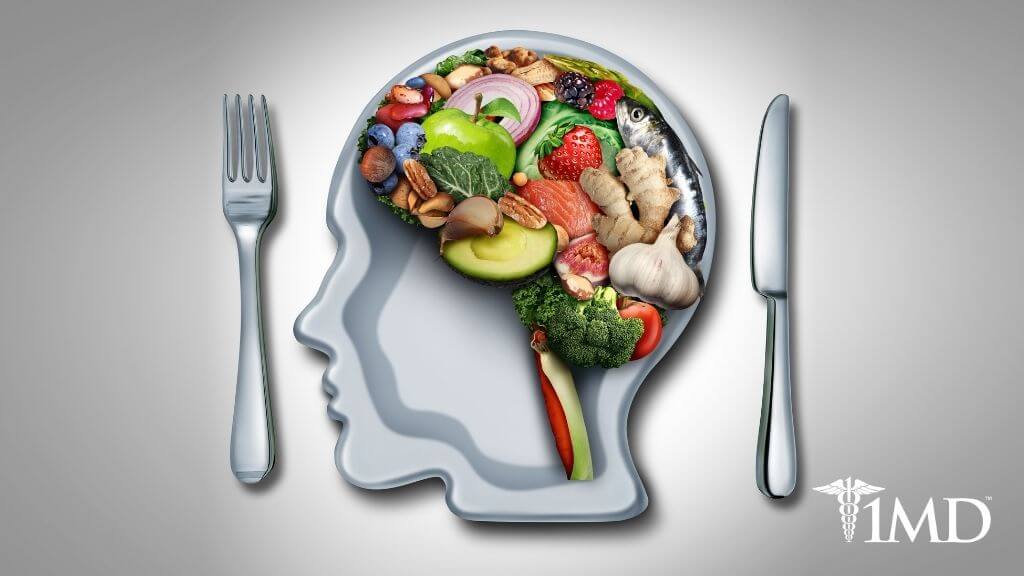 Our well-being depends on a balanced and nutritious diet. We are all too aware that a lack of nutrition can cause health problems and illness, but few are aware of the link between nutrition and mental health.

Just because those in developed countries have access to an abundance of food, doesn’t mean we eat what we need. In fact, knowing what we do about the gut-brain axis, it’s not entirely surprising that a healthy diet can encourage a healthy mind.

And it’s to that end that nutritional psychiatry has become an exciting new discipline. It focuses on getting the nutrients we need to promote optimal mental health.

Your brain, just like every other part of your body, relies on nutrients from food in order to function properly. A lack of nutrients has been known to contribute to poor mental health in individuals suffering from ADHD, depression, anxiety, and bipolar disorder, making proper diets to boost mental health essential.

Unfortunately, nutritional psychiatry is not widely accepted in mainstream medicine, despite the link between nutrition and mental health.

The turn to focus on nutrition came from a strong belief among professionals that antidepressants are over-prescribed and not always effective. Some studies found that medications did not treat symptoms but rather caused them, and, because they create a dependency, individuals are unable to function without them.

What you end up with is a negative cycle and no way out of poor mental health.

Despite the number of foodstuffs we have access to, we do not eat enough foods that nourish the brain and mental health. This could help explain the rise in mental health disorders over the last decade, despite advances being made in medicine. 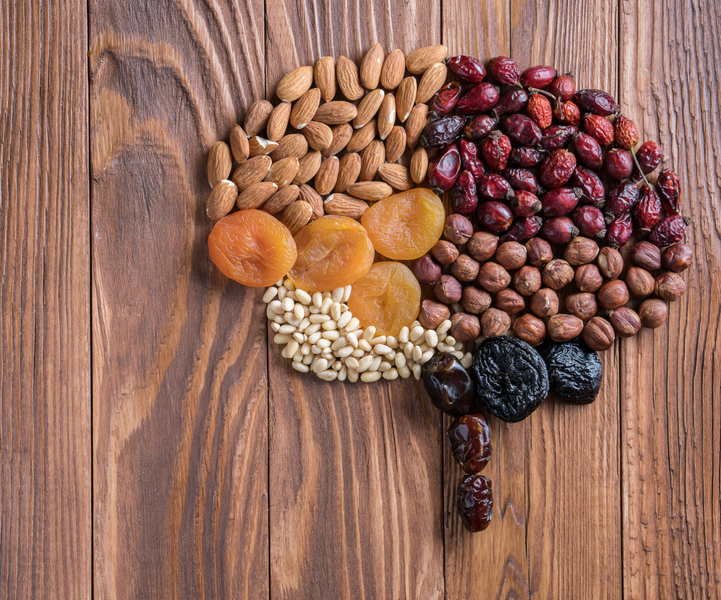 Nutritionists have long been aware of the need for certain foods to support brain health, and this has inspired the development of nutritional psychiatry.

Many of the mental health disorders of today are caused by inflammation in the brain. Chronic inflammation causes brain cells to die and disruption to brain function.

The inflammation that causes the problems starts in your gut and is linked to a lack of nutrients. Probiotics, vitamins, minerals, omega-3 fatty acids, and magnesium are essential for optimal functioning and without them, the inflammatory response may be triggered.

The Importance of Magnesium

Magnesium is one of the most important nutrients for health and yet one that most of us do not consume enough of. It is essential for calcium absorption as well as over 300 biochemical reactions in your body.

There is a strong correlation between magnesium deficiency and anxiety, and over the last few decades, magnesium deficiency numbers have increased along with reported cases of anxiety. The link is such that researchers have been able to induce stress in mice by intentionally depriving them of the essential mineral.

One recent study found that a daily magnesium citrate supplement helped to improve symptoms of anxiety and depression, regardless of age or severity of the disorder. Sadly, when the supplements are stopped, mental health begins to deteriorate again, and depression and anxiety take over. 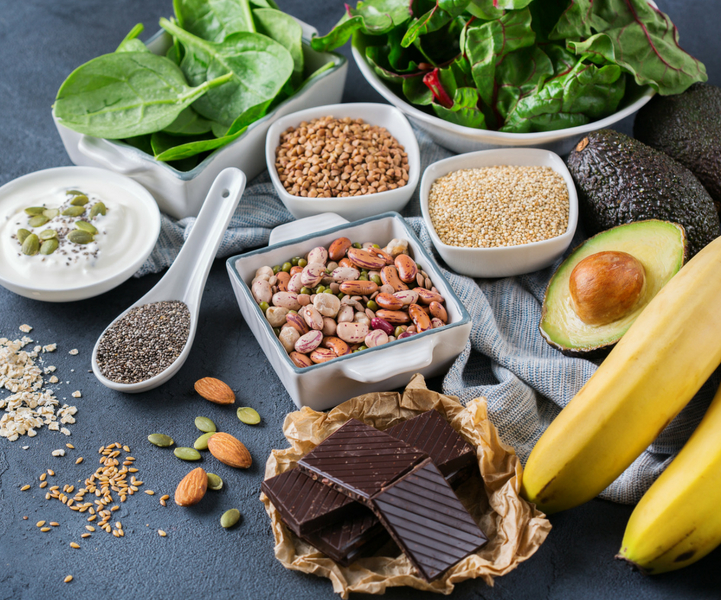 Magnesium is thought to help relieve stress by increasing the production of GABA, which is a neurotransmitter known to slow brain activity down. By doing so, the overactive thoughts associated with anxiety disappear and you can relax.

Lean protein is another food source that is essential for mental health. Fish, turkey, chicken, beans, and eggs all help to keep serotonin levels balanced.

These forms of protein contain tryptophan, which is an essential building block of proteins that triggers the release of the relaxing neurotransmitter serotonin. When combined with complex carbohydrates, the entry of tryptophan into the brain is facilitated allowing for improved cognitive function as well as reduced anxiety and depression symptoms.

Fatty Acids and Your Brain

Omega-3 fatty acids are essential for optimal function and development of your central nervous system. A nutritional deficit in these essential compounds has been linked to cognitive decline, poor comprehension, and low mood.

EPA and DHA are the most common of the essential omega-3 fatty acids and are critical in the early development of the brain. Therefore, it makes sense that they play a role in mental health. 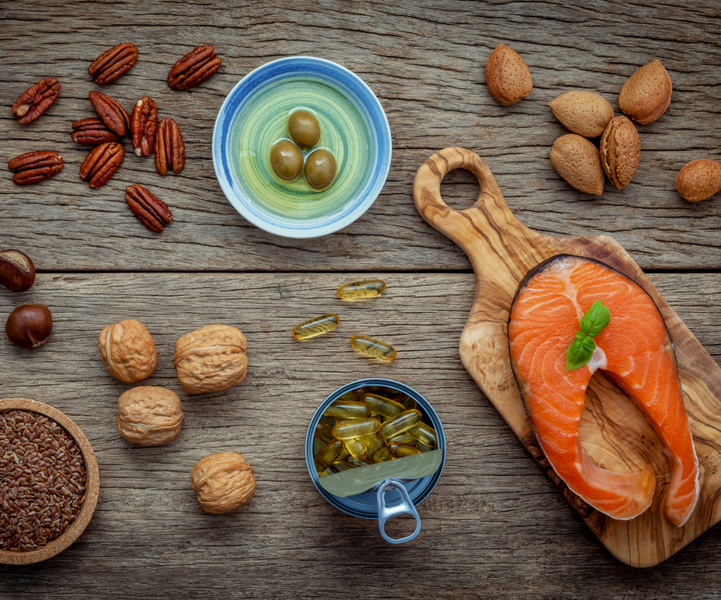 It is thought that omega-3 fatty acids help to relieve depression symptoms by increasing the production of serotonin. Studies with omega-3 supplements and antidepressants show that natural supplements produce results comparable to the medication in many cases, and more positive results in others.

There is also the added benefit of avoiding possible side effects with omega-3 supplements. These essential fatty acids also help to reduce depression symptoms by combating inflammation in the brain.

Probiotics for Gut and Brain Health

Probiotics play a role in your gut by keeping a healthy balance of bacteria. When the gut microbiome is out of balance, dangerous toxins and bacteria can take over, causing inflammation and disease.

Daily probiotic supplements have been linked to a significant reduction of both anxiety and depression. The gut-brain axis allows for direct communication between your intestines and your brain, so an unhealthy digestive tract will have a negative impact on brain health.

Your gut microbes have a profound impact on your mental well-being and have been linked to anxiety-related disorders as well as depression. These microbes have the ability to affect the release of chemicals such as serotonin and GABA, which cause happy and relaxed feelings.

A diet containing probiotics can help ensure that your intestinal flora keeps healthy balances to not only promote efficient digestive health but to also make sure the brain gets the right signals and remains in optimal health.

The Future of Nutritional Psychiatry

For individuals suffering from mental health disorders who have not had any luck with medications, nutritional psychiatry could be the solution. Given the ongoing debate over the effectiveness of antidepressants and other drugs, nutritional therapy offers an insightful alternative. 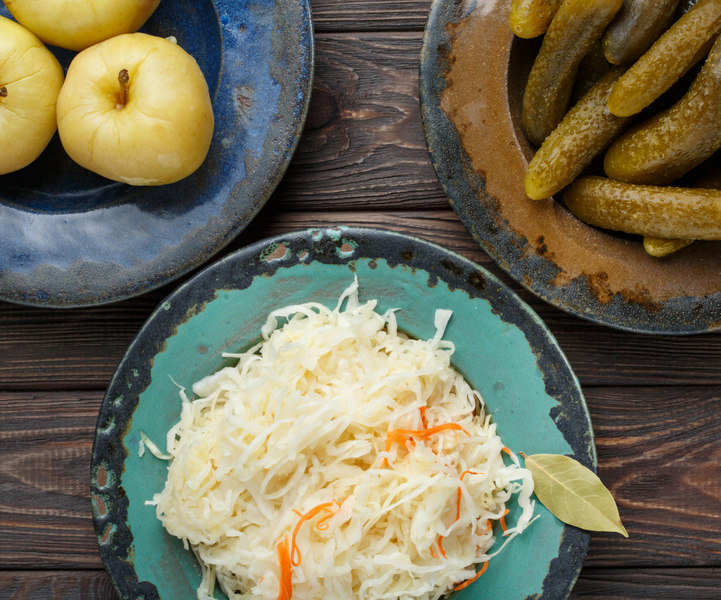 The emerging evidence shows that nutrition plays a leading role in mental health and to truly lower cases of mental health disease, nutritional psychiatry needs to be given a chance.

The medical world is known for rejecting alternative approaches and treatments, but the supporting research for nutritional psychiatry is overwhelming. The coming together of nutritionists, doctors, and mental health professionals could be the ultimate approach to treating and curing mental health disorders.

You are what you eat in terms of physical health, and with your brain being one of your most important physical attributes, your mental health needs the right nutrients too.

READ NEXT >>> The 15 Best Anti-Inflammatory Foods