The #1 Thing You Should Be Doing To Boost Brain Health 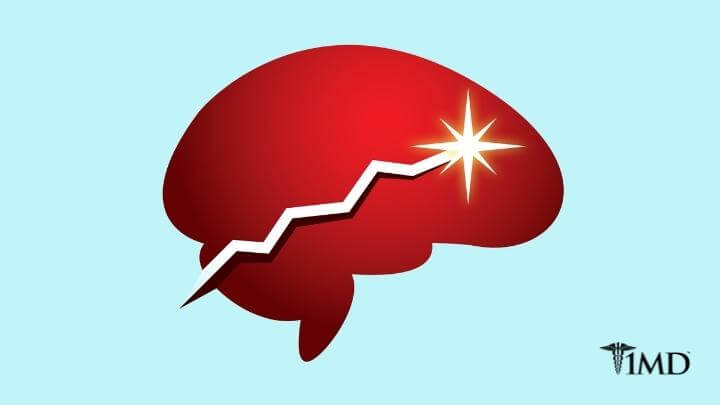 Brain health is central to overall health. The development of degenerative diseases such as Alzheimer’s begins way before symptoms show. This means that keeping your brain healthy should be a central focus. Not only do you stay sharp and engaged, but your overall body function stays heightened.

Degenerative diseases are currently growing and with no clear cure, the prospects are frightening. We all know that the brains of children develop and change rapidly, but once in adulthood the brain is assumed to remain stagnant. This seemingly impacts the ability to ward of degeneration.

But recently, neuroscientist Sandrine Thuret discovered that adult brains can change. Her recent research has found that through the process of neurogenesis, our brains produce new neurons every day and brain cells can adapt to new situations and changes in their environment. New brain cells mean improved memory, improved mood, and prevention of the natural decline of associated with aging.

Brain cells, or neurons, are critical for memory storage and capacity. Weakened connections between neurons cause loss of memory. Newer cells would mean that connections would be vibrant and faster which can improve memory systems as a whole.

Newborn neurons have been linked to the formations of memory and learning functions. With that being said, the development of cells during neurogenesis can also expect to improve memory. The more exposure we have to learning, the greater possibility our brain has to trigger this process, improving its function. Improved mood has also been linked to new brain cell development.

Research shows that there is a link between neurogenesis and depression. The use of anti-depressants in studies, showed an increase in neurogenesis. Synthetic drugs are able to create an environment reminiscent to neurogenesis, thus increasing mood. This indicates that as new cells are formed naturally, there should also be a rise in mood and a decrease in depression.

Now that we know that neurogenesis does happen and can benefit our brain health, the next concern is whether it can be controlled or not. There are ways that individuals can increase neurogenesis such as continually learning new things, reducing stress levels, getting enough sleep and even having sexual relations.

Exercise has a profound impact on cell generation. Experiments performed on mice indicated that those that ran a great deal had much higher levels of new cells growing in their brains.

Learning new things has been proven to stimulate neurogenesis as well as enhance the survival of newly formed cells. This research is helping scientists develop ways to increase cognitive functions for patients with neurodegenerative diseases.

If learning and cognitive-rich environments can be supplied, these patients may benefit from new cell generation. This can potentially prevent further degeneration as well as improve current memory function.

Not only does stress impact every inch of your body, but it has a particularly negative impact on brain function. Specifically with regards to new cell formation, stress inhibits cell counts from growing. The more stress the body endures, the more negative the internal environment becomes. Cells become stressed and are unable to perform their functions effectively. New cells, if they emerge, are not able to grow and multiply essentially putting a halt to neurogenesis.

While stress is a part of everyday life, there are many things people can do to minimize it and learn to cope with it. Yoga, meditation, quietly reading, or playing with kids or friends all are relaxing methods to prevent stress from eating away at you and your cells.

Sleep is a necessity for every person. It provides the downtime your body needs to regenerate, recoup, and rest. The same goes for the brain. Studies on sleep deprivation have shown that severe disturbances are made to brain physiology when sleep is lacking.

Our sleep cycles help to regulate our internal systems, with neurogenesis being part of this. When they are changed or deprived, cells are never given a chance to develop or thrive. Sleep deprived individuals display depressive symptoms which further supports the link to brain cell regeneration and mood.

Diet also has an impact on the development of new cells. By intermittent fasting and spacing out your meals, neurogenesis can be increased. A diet rich in omega-3 fatty foods like fish will boost the process, whereas diets high in saturated fats will have a negative impact. Flavonoids like blueberries and dark chocolate are beneficial while alcohol (specifically ethanol) intake is bad. The one exception to this is red wine, which contains resveratrol. This has been shown to promote the survival of newly formed cells.

Certain medications have also been linked to slowing neurogenesis. Cancer patients in particular, can suddenly develop depression symptoms after their treatment has ceased. The drugs and radiation have a negative impact on cell development which is what they are designed to do. While the intention is to stop cancer cells, all other cells are stopped too.

The brain is essential to our health and well-being and degeneration has caused many negative effects leading to decreased function and depressed moods in people. The chance to reverse these effects or stop them is a huge discovery in the medical and scientific worlds. The benefits from this are far-reaching. Knowing what we can do ourselves to improve new brain cell generation will lead to a happier and healthier population.