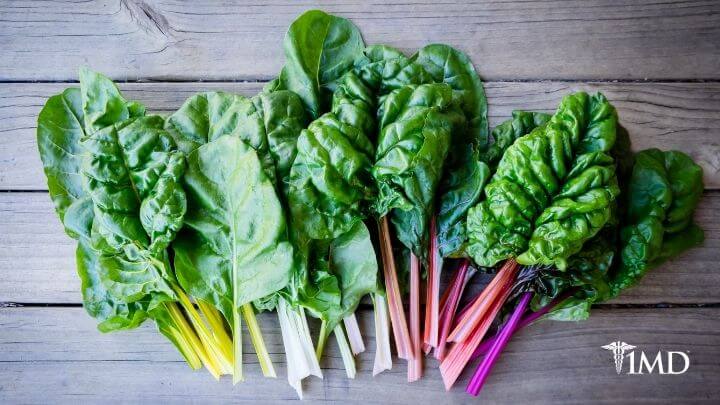 You are what you eat. Following a heart-healthy diet rich in leafy greens and other vegetables helps prevent cardiovascular problems, and, with heart disease being the number one killer in this country, this diet should be on everyone’s menu.

Recently, evidence has shown that a heart-healthy diet also boosts the health of your brain, which only makes the diet more appealing.

Healthy seniors that were given daily helpings of leafy green vegetables, such as spinach, kale, and collard greens, all showed enhanced brain health. Each subject showed a slower rate of cognitive decline as compared to individuals that ate little to no servings of these greens.

Each of the subjects was in good physical and mental health and had no signs of dementia. Researchers kept track of their eating and lifestyle habits to determine the connection.

The participants of the study were assigned to one of five groups, according to the amount of greens they ate. Those in the top group ate the most greens per day, with an average of 1.3 servings daily.

The bottom group ate little to no greens and the middle groups fared somewhere in between. They were monitored for five years and the top group showed the most brain improvement.

While the study is not definitive in terms of proving that leafy greens will fend off memory decline, it does highlight an interesting connection between what we eat and our health. Other factors, such as lifestyle, education, and overall health, were all accounted for and still there was a link between the consumption of leafy greens and brain health.

If the results of this study didn’t convince you, then maybe you can recall how much Popeye needed his spinach. Sure, that was mostly for strength, but the idea of needing leafy greens for health has been around for a long time.

The reasons these leafy greens are so important is because of the essential nutrients and bioactive compounds they deliver. Vitamins E and K, lutein, beta carotene, and folate are all essential to brain health.

With their own biological mechanisms, each of these plays a significant role in protecting your brain.

As a powerful antioxidant, vitamin E is vital in fighting free radicals and oxidative stress. Both of these are linked to the development of dementia and neurodegenerative diseases, such as Alzheimer’s.

Reduced levels of vitamin E have been found in Alzheimer’s patients and considering that the average American doesn’t consume enough of this vitamin, the high risks of neurodegeneration are frightening.

Studies have shown that the risk for mild cognitive impairment is 15 to 18 percent lower in those individuals with high levels of tocopherols, a member of the vitamin E family found in leafy green vegetables.

Research continues to identify how the vitamin E family can protect the brain from memory loss as well as stroke-related injury. As a fat-soluble compound, vitamin E protects cell membranes, especially those within the brain.

Most of your body contains lipids or fat compounds, but the brain is especially rich in these substances, making it highly susceptible to oxidative damage. Increased vitamin E intake helps to boost the protection of your brain cells to prevent neuronal degeneration and cognitive decline.

Another fat-soluble vitamin that is essential for protecting fatty brain cell membranes is vitamin K. This is a compound that is underappreciated because many do not hear about it. Vitamin K is one that depletes rather quickly, so you need to keep your stores up.

It is the anti-inflammatory properties that allow vitamin K to ward off dementia and memory decline. Inflammation is another major player in dementia, as it destroys neurons and cell membranes, disrupting cell communication.

Vitamin K also participates in the synthesis of sphingolipids, which are important lipids in brain cell membranes.

Lutein is a carotenoid that is commonly known for protecting your eyes. Just as it protects your vision from age-related decline, it can also protect your brain.

The lutein found in breast milk is known to enhance brain development in infants, so it makes sense that it would support brain health as you age. Lutein has been directly related to improving speed and efficiency when it comes to cognitive processing, so it contributes to healthy mental aging and ongoing brain maintenance.

This is the precursor to vitamin A, which is essential for healthy vision and a strong immune system. Most people understand that vitamin A is essential, but they also think that beta carotene alone is not; this could not be more wrong.

The antioxidant properties of beta carotene help to scavenge free radicals and prevent oxidative damage known to destroy brain cells. Oxidative damage is one of the largest contributing factors to cognitive decline and brain aging, and beta carotene can help to preserve your memory.

Most people are familiar with folate as a member of the B-vitamin family that is important for developing new cells and supporting immune and nerve functions. Folate (or folic acid) is one of the key ingredients in baby formulas because of the benefits it delivers to the developing brain and cognitive function.

Any compound that helps to develop a healthy brain is essential throughout life and required for cognitive support and routine maintenance. Decreased folate levels have been linked to dementia, brain aging and depression.

Folate levels need to be maintained not only to promote cognition but also to enhance mood.

The lifestyle choices you make and the foods you eat impact your health and well-being. With aging being an inevitable part of life that none of us really look forward to, we should embrace the findings of this study.

Dementia and neurodegenerative diseases are as scary as they are prevalent. If eating leafy greens protects you from this, then your next stop should be the produce aisle.