Is Trypophobia Real? What You to Know About Triggers and Treatment | 1MD Nutrition™

Is Trypophobia Real? What You to Know About Triggers and Treatment 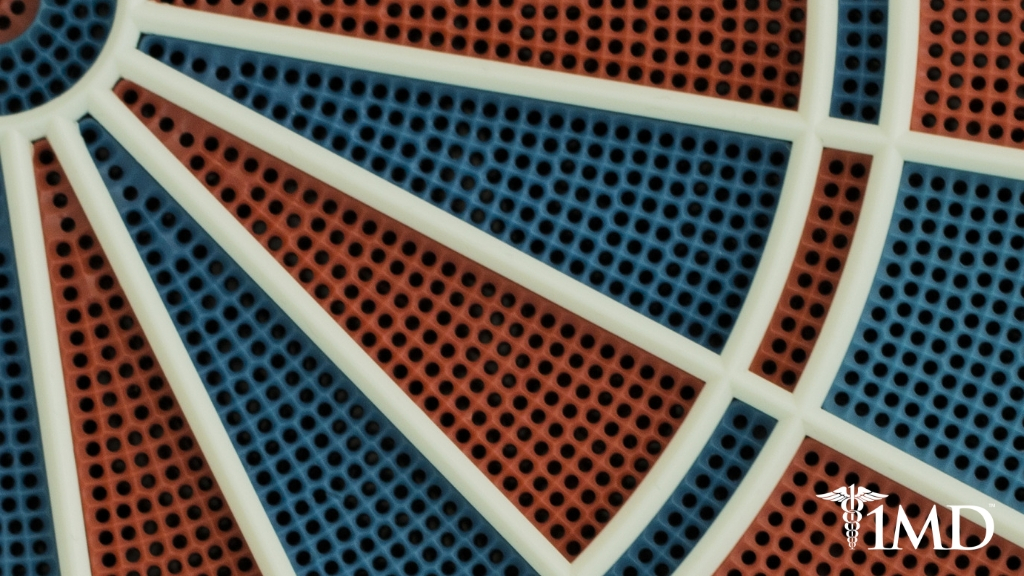 What are you afraid of? Virtually everyone has an irrational fear of something. For many people, just the thought of speaking in public can make them panic. Spiders are another common fear that prompts that fight-or-flight instinct. The triggers to phobias are many and can inspire different reactions in every person.

If your reaction to a trigger goes beyond fear and becomes so overwhelming that the feelings you have interfere with your normal life, then it becomes a phobia. A phobia is an intense fear of something that poses little or no actual danger.

One interesting phobia is trypophobia. People who suffer from trypophobia are afraid of small clusters of holes, circles, or bumps.

Very literally, trypophobia is the fear of holes. This phobia can be prompted by any cluster or pattern of holes or even bumps. Some items that can prompt this fear response are:

Interestingly enough, this phobia is not recognized by the American Psychiatric Association. That could change as more research is done, but it currently appears unlikely to become a formal diagnosis. It is estimated that roughly 16% of people have trypophobia to some degree. 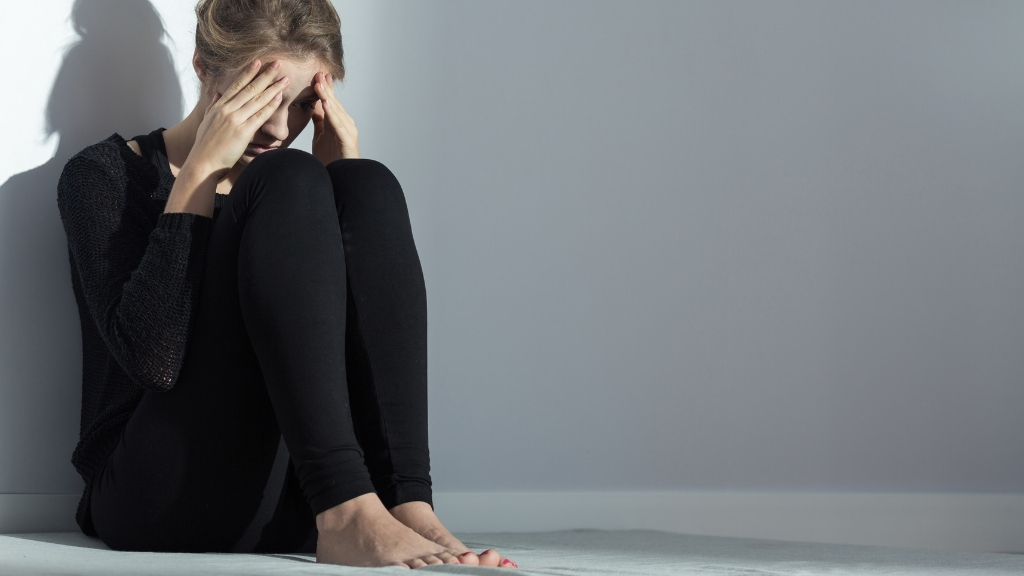 Those people who suffer from trypophobia report that just looking at an irregular series of bubbles or asymmetric circles can set them off and trigger their symptoms. The symptoms are different for each person, but they can be expressed as any one or a combination of the following:

♦ Mild to severe revulsion and need to look away

♦ Intense feeling of disgust or fear

♦ Goosebumps or the feeling of your “skin crawling” 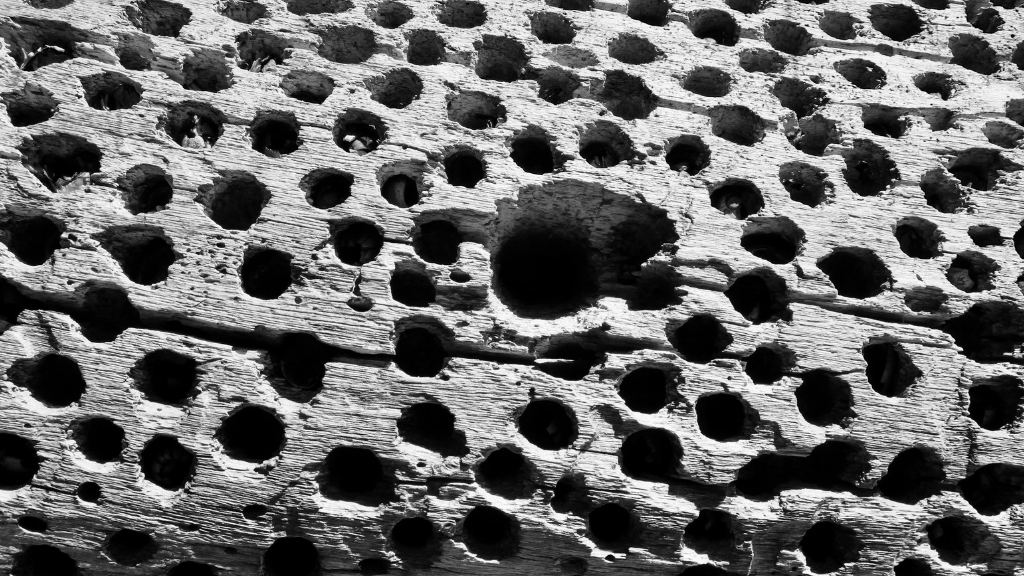 Why Do People Have Trypophobia?

Most irrational fears and phobias have some sort of connection to the earlier years of life, usually before the age of 30. They can be caused by a stressful experience, a frightening event, treatment by a parent of caregiver, or they can be a learned reaction based on modeling others.

Trypophobia might be a bit different, as it’s believed it could be an evolutionary response. Trypophobia, in some situations, appears to be an overgeneralized and exaggerated response to stimuli that resembles danger, according to a journal article on cognition and emotion.

Going even further, a study in Psychological Science discovered that the underlying trigger to trypophobia might be an evolutionary response to the threat of various poisonous animals.

After doing a spectral analysis on the images that caused the most severe reactions from people who have trypophobia, they discovered that those images featured high contrast energy at midrange spatial frequencies.

These are the same spectral characteristics that a number of potentially dangerous animals also possess. Most notably the skin patterns of many snakes, octopi, deathstalker scorpions, and several venomous spiders.

This may hint that there is a subconscious correlation that happens when this pattern of holes or bumps is seen that triggers an immediate, fear-based response.

How Is Trypophobia Diagnosed?

There is no set diagnostic tool or test that will confirm that you have trypophobia, as it is not recognized as an official mental health diagnosis. But if you think you do have it, you may already suspect that this is your potential diagnosis. 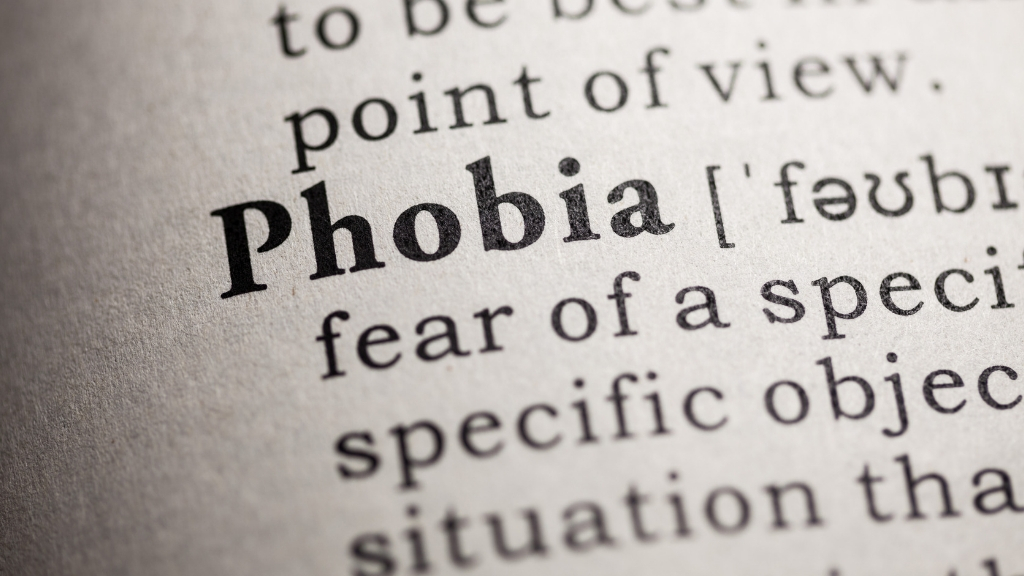 As a trigger warning to anyone who believes they have this condition, the pages, like trypophobia.com, that contain trypophobic images lean towards the dramatic and disgusting versus the innocuous, everyday bubble clusters you may encounter.

The key word that’s important when diagnosing trypophobia is phobia. Having a fear or an aversion to something is, at best, a very low-grade level of response as opposed to a phobia, which can be crippling and affect your day-to-day activities.

The good news is that phobias are often treatable, at least to some degree. The first step in solving any problem is recognizing that it exists, and most people with trypophobia, or any phobia for that matter, are already aware of the issue.

Professional help in the form of a mental health expert is the first step toward recovery.

There are different approaches to the treatment of phobias so you might want to do a little research to determine which type of therapy you would like to try. In the end, it might be a combination of treatments that lead to relief of your symptoms. Therapy options may include:

It is important to note that treatment for a phobia typically does not erase the phobia, instead it is designed to reduce your fear and anxiety and make it manageable. 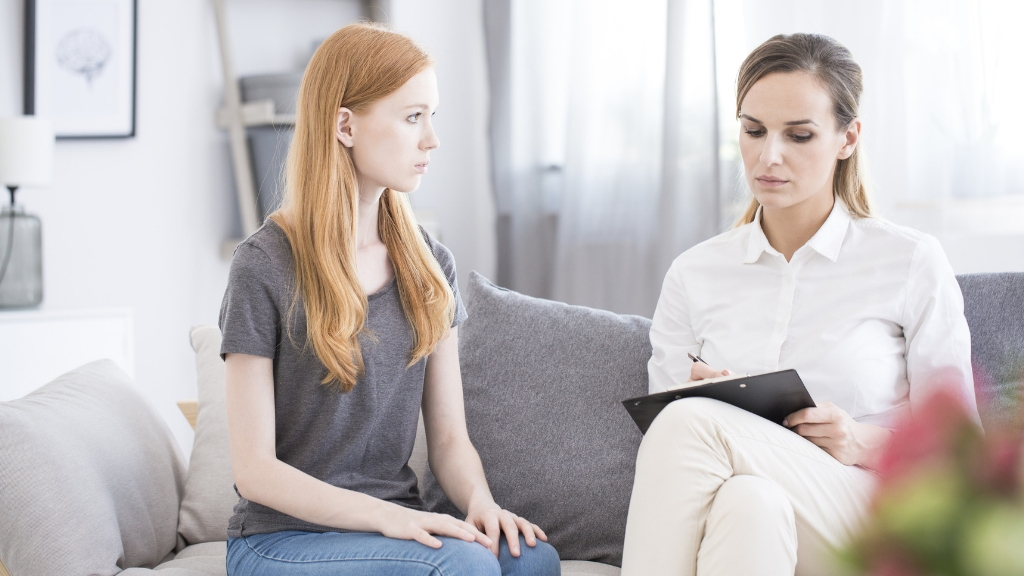 If you have an aversion to patterns of holes or bumps you might have a trypophobia. If your aversion to these images causes you to feel anxiety, have a panic attack, or go through elaborate efforts to avoid them, then you may have reached the level of phobia.

While trypophobia is not recognized as a mental disorder, it is a phenomenon experienced by up to 16% of the population.

Treatment is possible for people with trypophobia and can be achieved through a variety of different methods. The ultimate treatment goal is to reduce the associated fear and anxiety and create a state of manageable aversion.

READ NEXT >>> What Is a Sebaceous Cyst?