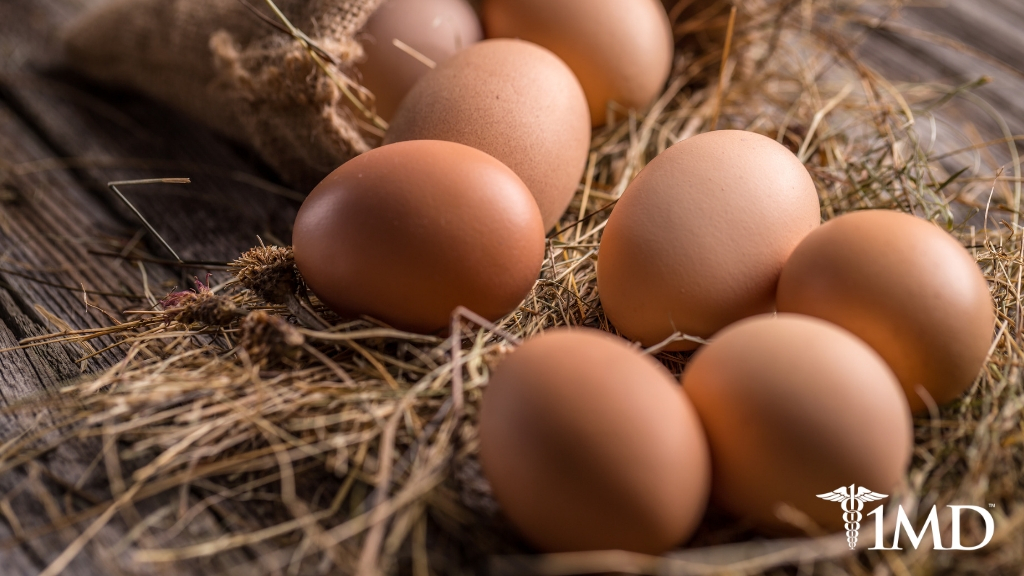 Ordering an egg white omelet just feels healthier than ordering a regular omelet, and you’ll still see many restaurants featuring egg whites as a healthier option but is that really the case?

The idea that egg yolks are unhealthy really took hold in the 1980s when cholesterol became a hot topic. It’s true that the egg white doesn’t have any cholesterol, and the egg's yolk does have around 211mg. So, skipping the yolk seemed like an easy way to cut cholesterol, but this isn’t quite the whole story.

When you take a look at the numbers, it appears as if omitting egg yolks might be a good way to watch your cholesterol. The daily value for cholesterol is less than 300mg per day. When you consider that a single egg yolk can have two-thirds of that, depending on the size of the egg, it might appear as though egg yolks are a bad idea. Of course, we’ve since discovered that it’s not that simple.

It’s the LDL variety that’s referred to as bad cholesterol because higher levels of this type can buildup in the blood vessels and increase your risk of cardiovascular disease. The HDL usually travels to the liver where it’s processed and removed. Excess HDL can actually prevent cholesterol buildup in blood vessels. 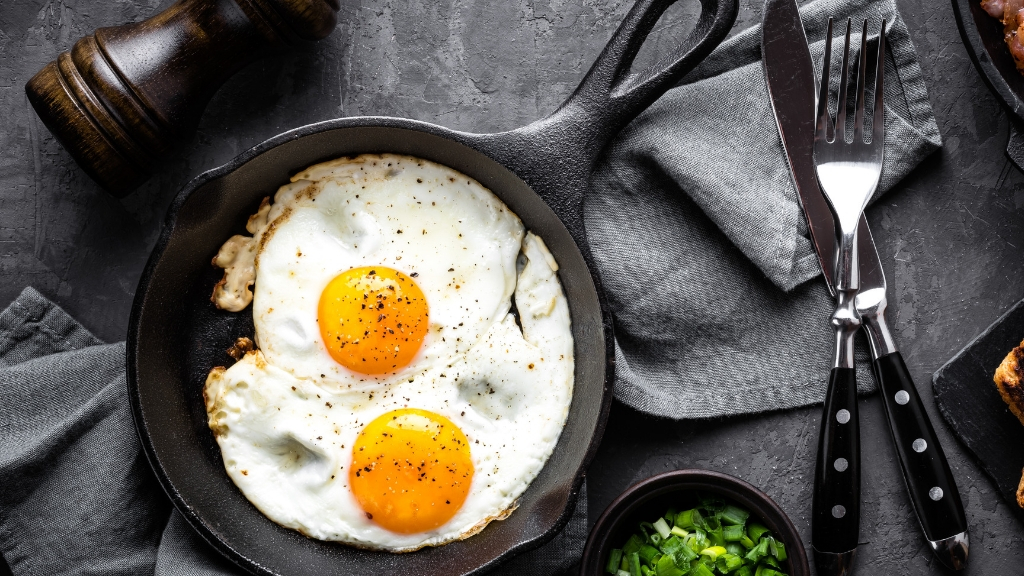 While egg yolks increased the LDL and HDL in people who ate them, it was found that eggs helped produce a larger LDL particle, one which does not clog arteries as the smaller LDL particles do.

If we go back to the era of egg yolks being seen as the enemy to the heart and diet, we realize that the information on cholesterol was limited and took on a blanket approach. Today’s knowledge is much more involved and proves that not all cholesterol is the same.

Current egg and cholesterol recommendations from The Mayo Clinic state that the effect of the egg on blood cholesterol is minimal. They suggest that healthy people can eat up to seven eggs a week with no increase in risk of heart disease. In fact, some studies have proven that an egg a day can decrease the risk of stroke and has no direct relationship to coronary heart disease.

While cholesterol is a key factor in how we see egg yolks, there are many other nutritional aspects of the egg and differences between egg whites and yolks that play a role in the decision of what to eat. The best way to look at this is to compare the nutritional content of egg whites to a whole egg.

It’s clear that whole eggs contain a wide range of vitamins, minerals, protein and more. Whole eggs also have a lot more calories and not that much more protein. 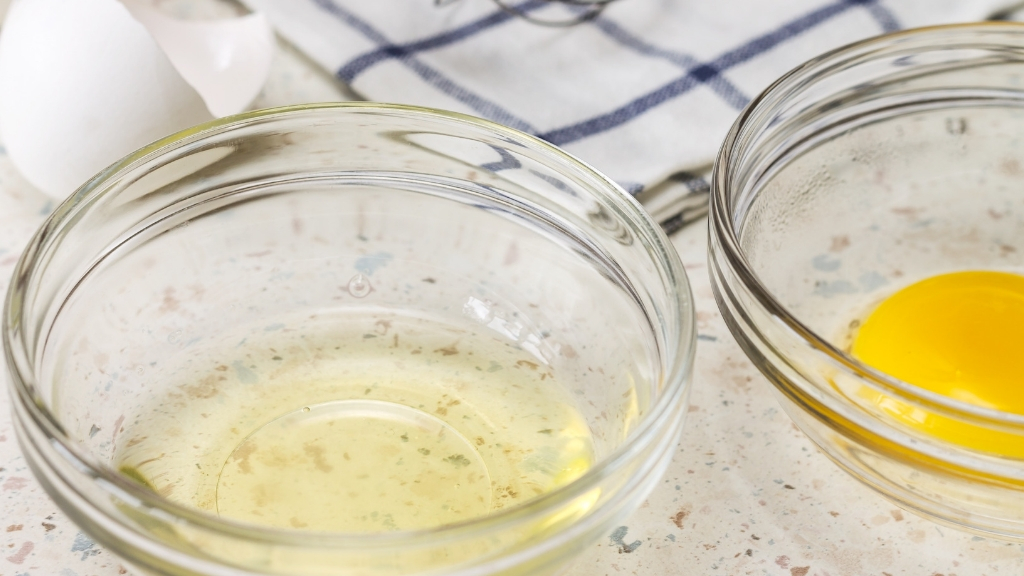 This means that people who are very concerned about their caloric intake and looking to boost protein, like athletes and people on diets, may find that they just want to consume the egg whites.

Diabetics may also need to watch their egg yolk consumption, as new research is suggesting this population may react differently to egg cholesterol than their healthy counterparts. Similarly, people with high cholesterol levels may want to avoid the yolk.

Otherwise, eating the whole egg is an excellent choice for most people because of the additional health and nutritional benefits the yolk provides.

What are the nutritional benefits of eating whole eggs? Eggs are sometimes called the perfect food because of the wide variety of nutrients they provide. Let’s look at how these nutrients can translate into benefits.

Good for Your Eyes

Egg yolks have lutein and zeaxanthin, which are essential antioxidants that help support eye health and prevent macular degeneration and cataracts. 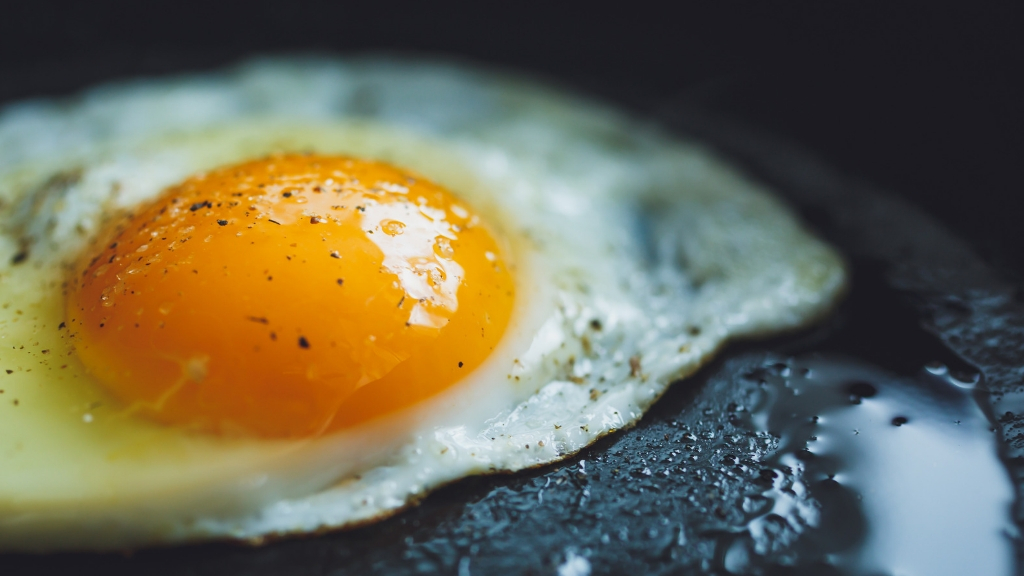 Eggs are also high in vitamin A. Vitamin A deficiency is cited as the most common cause of blindness in the world.

Choline is often grouped with the B vitamins and is needed to build cell membranes that signal the brain.

All this talk about cholesterol and we discover that eggs promote large LDL (bad) particles, which aren’t so bad after all. These larger particles have a harder time getting into the arteries.

Eggs are high in protein, which are the building blocks of the entire body. Not only do they have a lot of protein, but they also have all of the essential amino acids in the correct ratios to help your body use them efficiently.

| Related: Can You Eat Too Much Protein? Is It Safe? Kidney & Bone Health |

Eggs are filling, mainly because of their high protein content, which means after you eat one you feel full longer and could lead to eating fewer calories throughout the day. 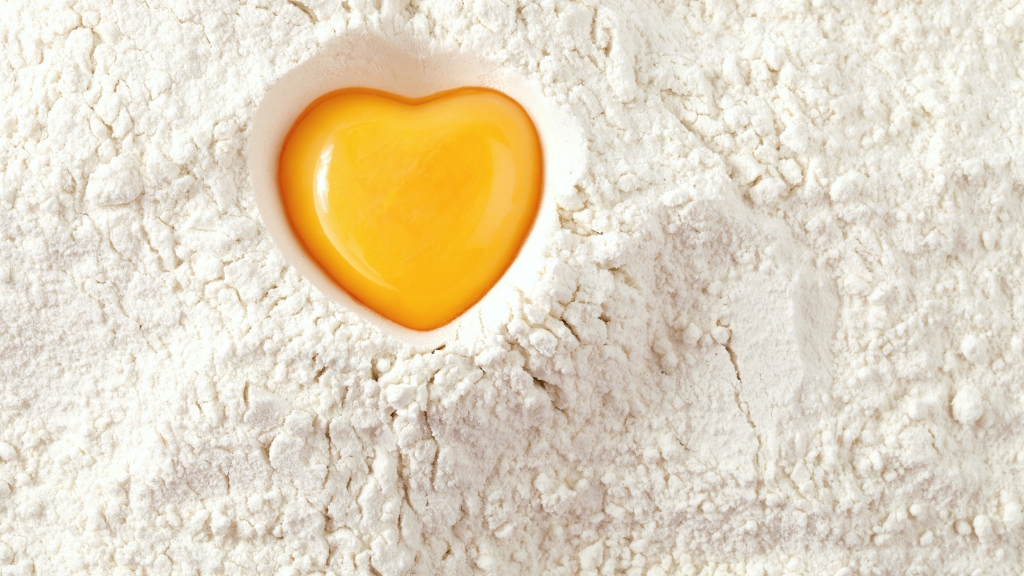 It’s the cholesterol in egg yolks that gave them a bad reputation decades ago. As time has gone on, we’ve learned more about cholesterol and discovered that not all cholesterol is the same. In addition to LDL and HDL cholesterol levels, it’s been determined that the size of the particle also plays a role in how the body processes it.

This additional information on cholesterol has not only redeemed the egg yolk, but it’s also led to studies that show that the yolk isn't necessarily bad for the heart or arteries in most healthy people. Whole eggs have several significant health benefits and can play a big role in a nutrition-packed diet.

READ NEXT >>> Why an Egg a Day Can Fight Heart Disease