Dancing Can Reverse the Signs of Aging in the Brain 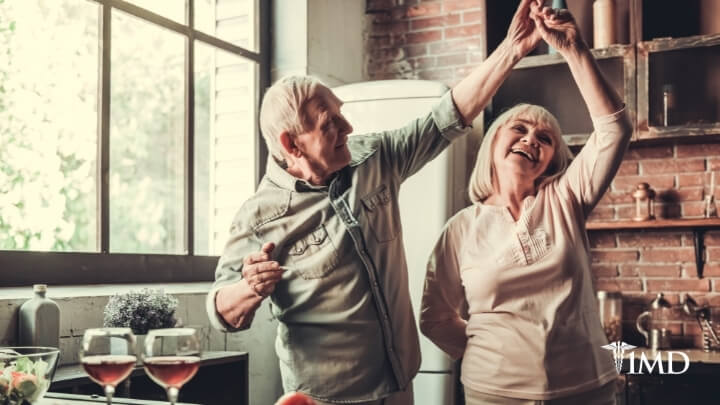 Evolutionary biologists define aging as an age-dependent decline in physiological function but for most of us, the inevitable process might be seen by gray hairs, wrinkled skin, and candles on the birthday cake. We typically don’t look forward to aching joints, diminished energy, forgetting where we put the keys or our passwords.

In addition to the ordinary events of aging, we might fear the possibility of an Alzheimer’s or dementia diagnosis or some other neurodegenerative disease. We can’t turn back the block but researchers have been investigating how to treat cognitive deterioration. Is there a way to prevent the process?

Aging and Your Brain

The brain is the operating system for the human nervous system, receiving input from the sensory organs and sending output to the muscles. Additionally, the brain is responsible for important cognitive tasks such as thinking, memory, learning, decision-making, planning, and organizing. None of this is possible without a well-functioning brain.

We might cope with difficulty climbing the stairs or some other physical challenges but the idea of decreased cognitive ability is most frightening.

Common challenges people face during aging include difficulty with name recall, multitasking, and a decreased ability to pay attention, even without the possibility of Alzheimer’s, which can completely impair cognitive function.

Despite these challenges, the aging brain retains resilience and studies conclude that the aging brain is able to learn, create new memories, improve vocabulary, and even develop language skills.

What Happens to an Aging Brain

As the brain ages, certain things begin to happen:

♦ Certain parts of the brain begin to shrink, typically those related to learning and complex mental activities.

♦ Blood flow to the brain may decrease

♦ Communication between neurons can be reduced in certain areas

Typically by the age of 60, the brain has shrunk significantly, which is odd considering the vast amount of knowledge and experience gathered thus far. Accessing information becomes more difficult 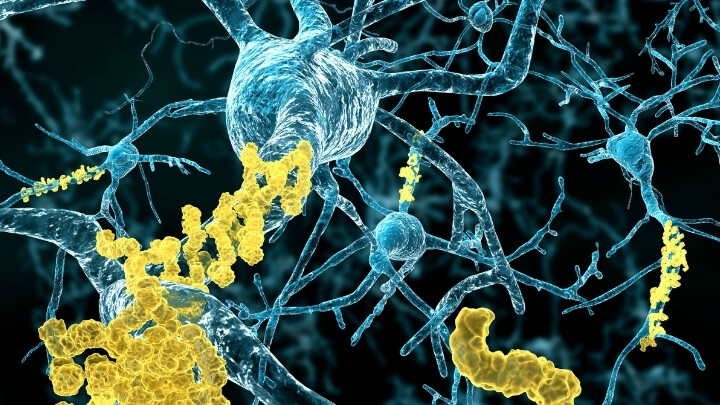 This irreversible and progressive brain disorder is the sixth leading cause of death in the United States, slowly destroying memory and cognitive skills and eventually the ability to do the most basic tasks. In older people, Alzheimer’s disease may be behind cardiovascular disease and cancer as the most common causes of death.

Alzheimer’s is also the most common cause of dementia in older adults, the loss of cognitive functioning and behavioral abilities interfering with daily life.

Alzheimer’s disease is named for Dr. Alois Alzheimer in 1906 when he became aware of changes in the brain tissue of a woman who had experienced memory loss, language difficulties, and random behavior. Examining her brain post-mortem, the doctor noticed clumps now known as amyloid plaques, along with tangles, now known as neurofibrillary tangle, which are still considered features of the disease.

| Related: The #1 Thing You Should Be Doing To Boost Brain Health |

An additional marker is the loss of connections between neurons or nerve cells. The function of these nerve cells is to send messages between different parts of the brain, as well as from the brain to muscles and organs.

Why Alzheimer's Is More Common with Age

Researchers are investigating how changes in the aging brain may damage neurons, including shrinking of certain parts of the brain, inflammation, free radicals, and a breakdown of mitochondria, which are involved in cellular energy production. 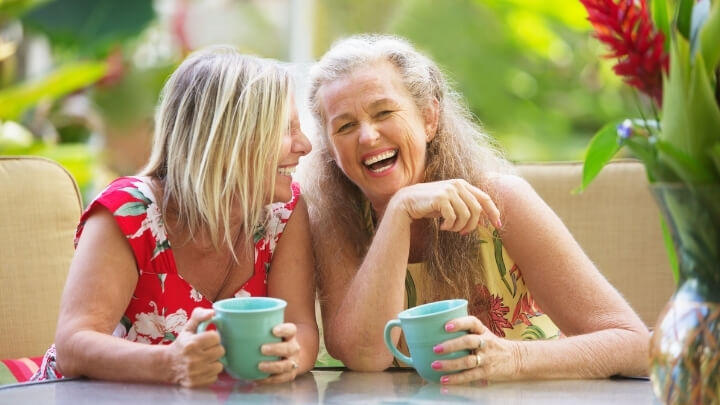 Can You Prevent Cognitive Decline?

While there is no known cure for Alzheimer’s, there may be some steps to take to inhibit age-related cognitive decline.

Increasing intake of antioxidants may delay the aging process by reducing the effects of free radicals and oxidative stress. As part of metabolic processes in the body, oxygen is broken into two molecules, each with only one charged electron.

Since electrons seek to be paired, free radicals steal electrons from other molecules, in the process, harming cell membranes and even DNA. According to the free radical theory of aging (FRTA), aging results from the progressive accumulation of free radical damage.

Antioxidants step in to replace the missing electron so that free radicals do not cause damage by pulling electrons from other cells, which causes cellular damage.

Another way to delay the impact of aging is by controlling diabetes, blood pressure, cholesterol levels, and weight. These conditions contribute to the aging process through inflammation and cell damage.

Certain types of stress can motivate us and prepare us for dangerous situations. However, chronic stress causes numerous health problems and even disturbs cognitive function. Yoga and meditation are effective tools to reduce the impact of chronic stress.

Other options include spending time with pets or family members or friends, taking a walk through the park. Laughter is truly the best medicine, releasing dopamine, which stimulates the brain.

Exercise and specifically dancing can be an effective tool to manage stress. 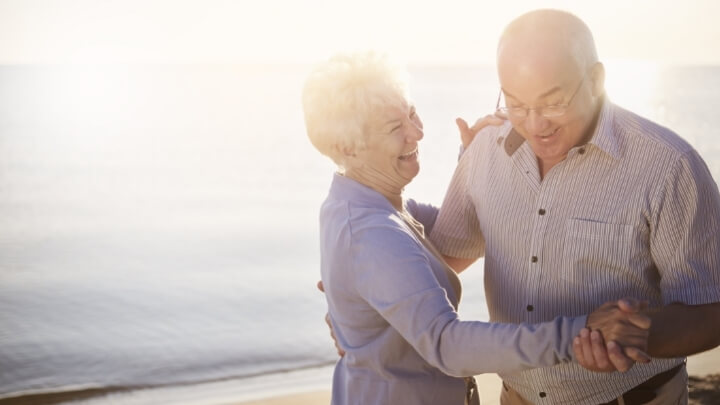 Studies have shown that when elderly individuals regularly exercise, the signs of an aging brain can be reversed. Exercise has the ability to counteract age-related decline in cognition and physical capacity. Specifically, dancing was found to have the most profound effect of all.

Dancing as well as endurance training both increase the area of the brain which experiences decline during the aging process. Dancing however, was the only one that also led to improved behavioral changes in terms of balance.

Dancing and the Brain

The components of dancing that seem to be the most beneficial specifically involves learning routines and flexibility. Through learning dance routines, the hippocampus in the brain shows major improvements. This is significant because this is the area of the brain most strongly affected by diseases such as Alzheimer’s.

The hippocampus also plays a major role in learning, memory, and balance. Learning new dance routines enlarges the brain, which protects it from the shrinkage that occurs with neurodegeneration. This can also reverse these effects once they start to occur.

Dance groups are challenged with something new each week, which serves to stimulate the brain more than the repetition of exercise. Elderly patients can practice various styles of dance from jazz, salsa, square and line dances, as well as learn different steps, formations and rhythms.

The only challenge is recalling the steps when under pressure, but otherwise patients seem to progress without a hitch. Improved balance and posture comes as an added bonus. 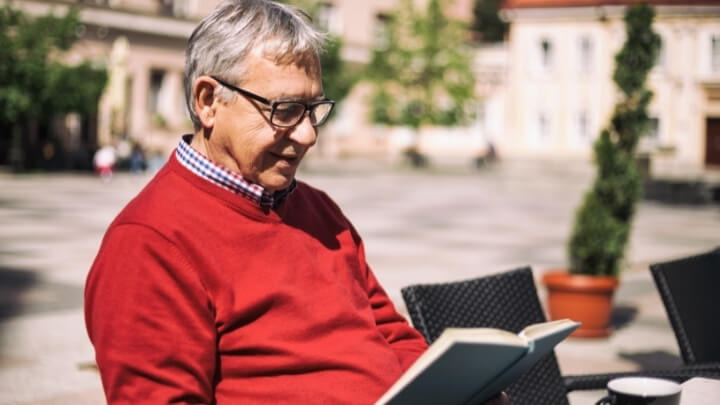 Albert Einstein College of Medicine in New York City conducted a 21-year study of adults over 75, funded by the National Institute of Aging and published in the New England Journal of Medicine. The study studied whether recreational activities had influence on mental acuity.

The study looked at activities such as reading, writing for pleasure, crossword puzzles, playing cards and instruments, as well as playing tennis, golf, swimming, and other exercises.

What the study  found was that hardly any of the physical activities had an effect on dementia, with the exception of dancing.

A study at the  University of Illinois and other schools investigated the cognitive and neurological changes in the brain following six months of either brisk walking, dancing or stretching and balance routines.

Researchers wanted to see if dance lessons might impact the brain’s ability to understand new information. The brain’s white matter, which connects nerve cells and helps with processing information, declines with age but exercising, socializing, and mental stimulation may help.

These studies concluded that white matter actually increased in the group that had taken dance lessons while the groups who had done other exercises experienced a slight decline. 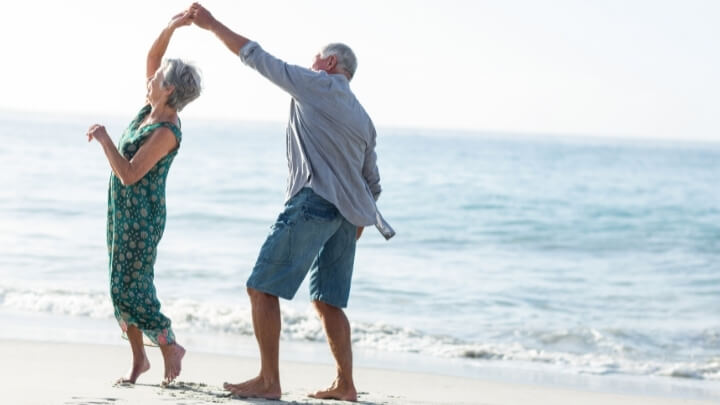 Getting older often puts physical limitations on the body, which can make certain exercises, such as endurance training, difficult. However, dancing can be. Dancing is not only a social activity but provides just the right type of exercise to keep elderly individuals moving and lively.

The added bonus of cognitive protection makes it only more worth it. There is no need to fear getting old these days, simply grab a dance partner and hit the floor. You will feel younger and your brain can stay as sharp as ever.