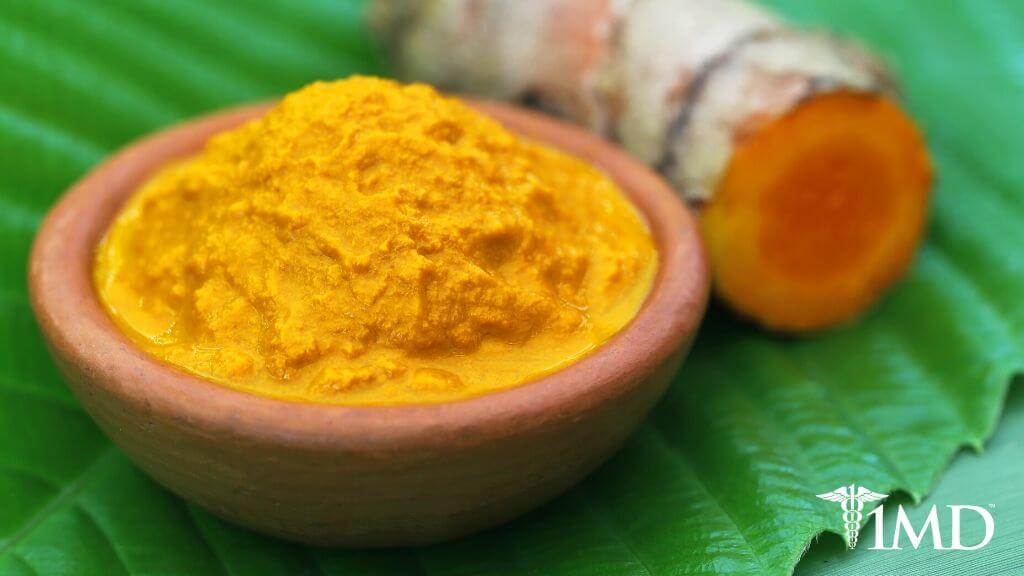 Psoriasis is a common skin condition characterized by chronic itching and the presence of red scaly patches over the body. This unpredictable and irritating skin disease affects two percent of the U.S. population with close to 150,000 new cases each year.

People afflicted with psoriasis can experience mild to severe cases but in any case, the person is uncomfortable. Severe cases can even go so far as to interfere with your daily life, keeping you indoors and away from the public eye. The good news is that the cause is inflammation and a great natural anti-inflammatory cure is turmeric.

A Closer Look at Psoriasis

In mild cases, the red, itchy, scaly patches occur on your scalp but in severe cases, the patches can cover large areas of your body. Skin can be dried and easy to crack or bleed and you may get occasional flare-ups followed by periods with no symptoms at all. Infection, cold weather, stress, injury, and medications can all worsen psoriasis.

There are several types of psoriasis:

♦ Plaque psoriasis: The most common type, which can occur anywhere on the body

♦ Scalp psoriasis: Dry and itchy scalp, when if scratched may cause bleeding

♦ Nail psoriasis: Nails can appear pitted and discolored and can get weak and brittle, possibly even separating from the nail bed

♦ Psoriatic arthritis: Develops from psoriasis, and includes all the major symptoms of arthritis

♦ Guttate psoriasis: Caused by a bacterial infection, and is common in children and young adults, and is characterized by finer scales than the other forms

♦ Inverse psoriasis: May be triggered by a fungal infection, and is typically in your armpits, groin area and under the breast

♦ Erythrodermic psoriasis: Most uncommon type that can affect your whole body, and can be triggered by corticosteroids, sunburn or phototherapy treatment

The cause of each of these types is the same: an underlying disease in your immune system, which causes cells to grow rapidly and rise to the skin's surface. These changes are a result of the inflammatory process and inappropriate responses of immune cells.

The skin cells are mistakenly targeted, which means dead skin cells accumulate to form the red patches you will see. Psoriasis is not contagious and you are more likely to get it if both of your parents have developed it. Other than that, the prediction of its occurrence is difficult. 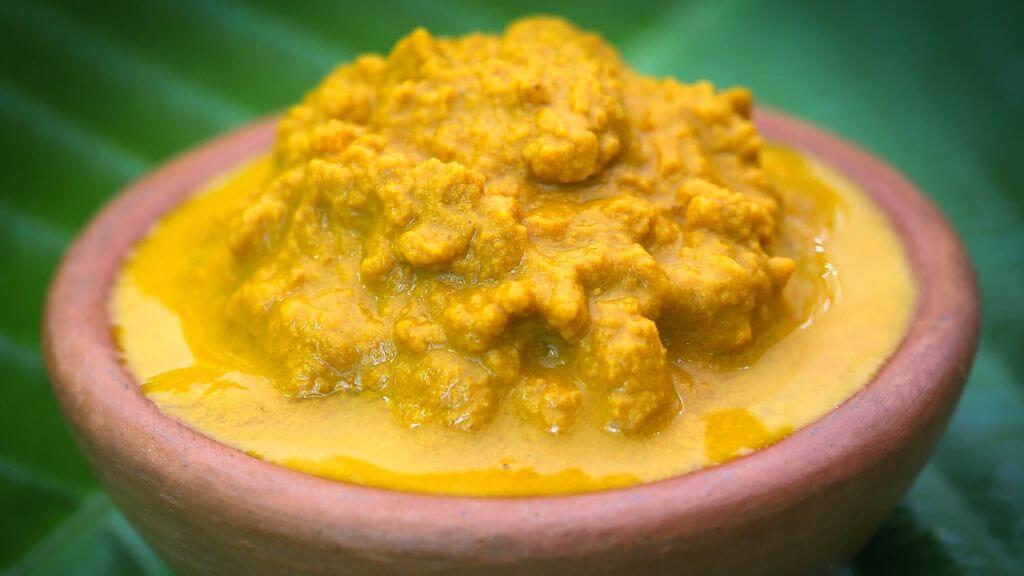 The Role of Turmeric

Although turmeric is more commonly known as a spice, it has been used in China and India for centuries as a therapeutic cure for many diseases. Curcumin is actually the component in turmeric extract that holds all the healing power.

Its the antioxidant and anti-inflammatory properties of curcumin that make it a popular supplemental capsule but many are not aware that it can be used topically too. In fact, turmeric paste has been used for aesthetic purposes and to treat skin disorders. Turmeric, therefore, can be an ideal treatment for psoriasis.

Curcumin has been shown to benefit the skin in numerous ways.

♦ Protects your skin by scavenging free radicals and oxidative agents

The anti-inflammatory property of turmeric is probably the most important one in terms of treating psoriasis. Turmeric is able to manipulate pathways and proteins that are involved in the inflammatory response and can, therefore, control it.

Curcumin inhibits the activities of tumor necrosis factor-alpha and interleukin, which cause the progression of the disease. In fact, many of the medications used to treat psoriasis target these same proteins. Turmeric provides a more natural alternative. 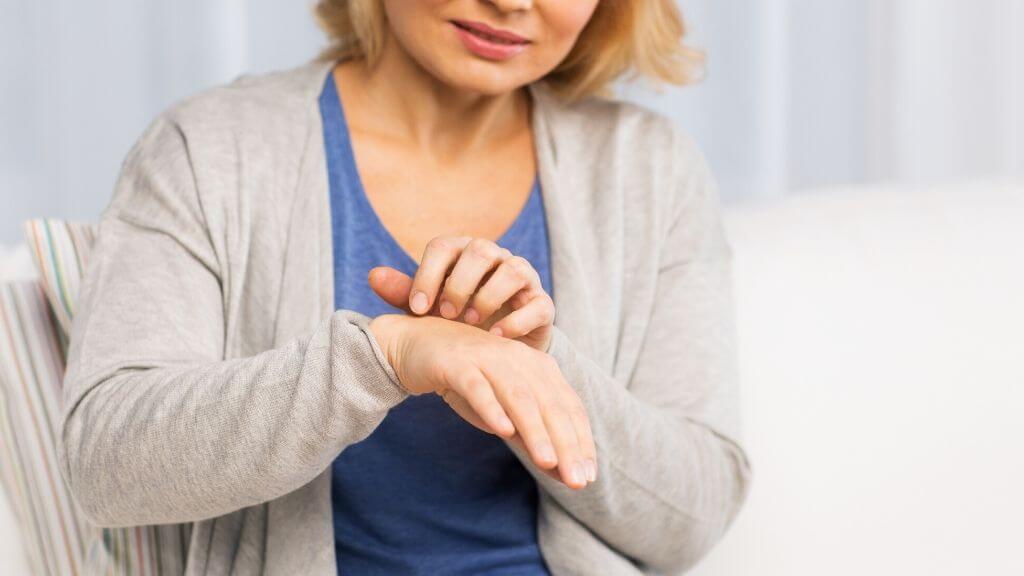 As an antioxidant, curcumin helps to fight the oxidative free radicals that are created in psoriasis. Turmeric's antioxidant activities are stronger than those of vitamin C and E with the potential to destroy significantly more free radicals, thereby reducing oxidative stress more efficiently.

Curcumin supplements also act as an anti-microbial, which benefits those with psoriasis. Individuals suffering from the skin condition are highly susceptible to infections, which can worsen the condition. Turmeric has anti-microbial, antiviral, and antifungal properties that help to keep you free from infection.

Since psoriasis is an auto-immune disease where the body attacks its own cells, turmeric is a viable auto-immune disorder treatment, too. It has immunomodulatory properties that control the immune response and can prevent the development or spread of the disease.

T cells are the major players in psoriasis because they secrete the proteins that stimulate abnormal cell production. Steroids are the typical treatment for this but turmeric has been shown to provide the same effects as these medications, making it a great and natural alternative.

Additionally, turmeric helps to cleanse the liver, which is actually very important for those suffering from psoriasis. Impaired liver function can contribute to an accumulation of toxins that trigger psoriasis.

Turmeric in the diet helps to stimulate the production of bile, a complex fluid that breaks down foods and carries toxins to the liver. In the liver, turmeric helps to support the detoxifying enzymes and their ability to eliminate dietary waste efficiently.

Without turmeric, the liver can still function but if you suffer from psoriasis, adding this compound to your diet can help keep you free of toxins that may aggravate the disease. 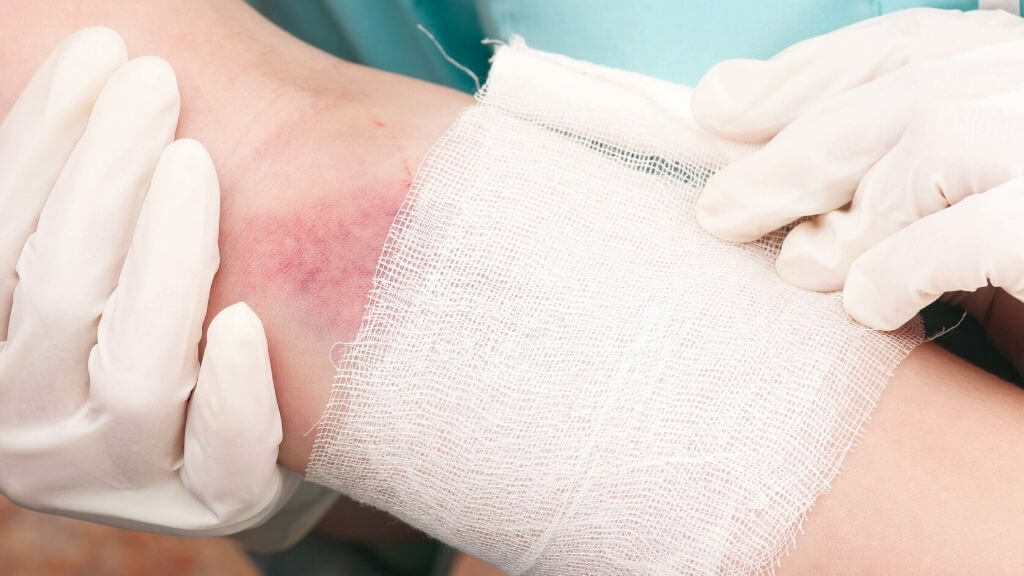 Turmeric is easy to find as a supplemental capsule or in the spice aisle at the store. When it comes to treating psoriasis, these forms are not going to be as effective so you need to make yourself a topical paste or ointment.

1. Add water to one teaspoon of turmeric powder and mix until paste forms.

2. Add a thin layer to the psoriasis lesions.

3. Cover with gauze or a breathable fabric.

4. Leave the ointment in place for the night or at least several hours.

5. Remove the gauze and rinse thoroughly with warm water.

6. Take care not to get on your clothes because of turmeric stains. 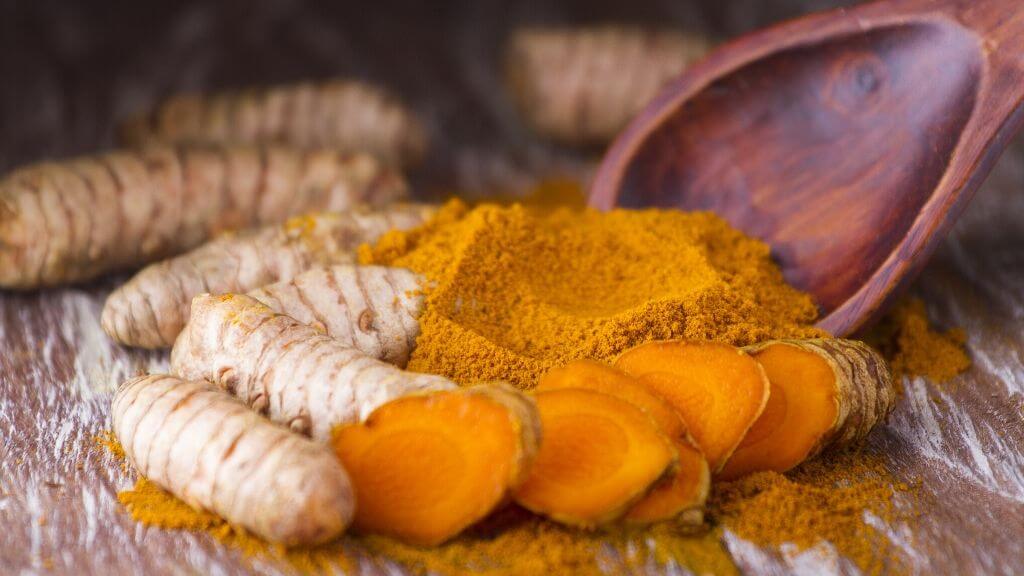 The spice turmeric and its component curcumin possess anti-inflammatory properties and have the ability to disrupt proteins implicated in psoriasis. Turmeric’s antimicrobial, anti-viral, and anti-fungal properties also benefit those with psoriasis who may be more prone to infection.

Read Next >>>  Supplementing with Turmeric May Reverse Diabetes