7 Health Benefits of Quinoa: Superfood for Protein, Fiber, and More 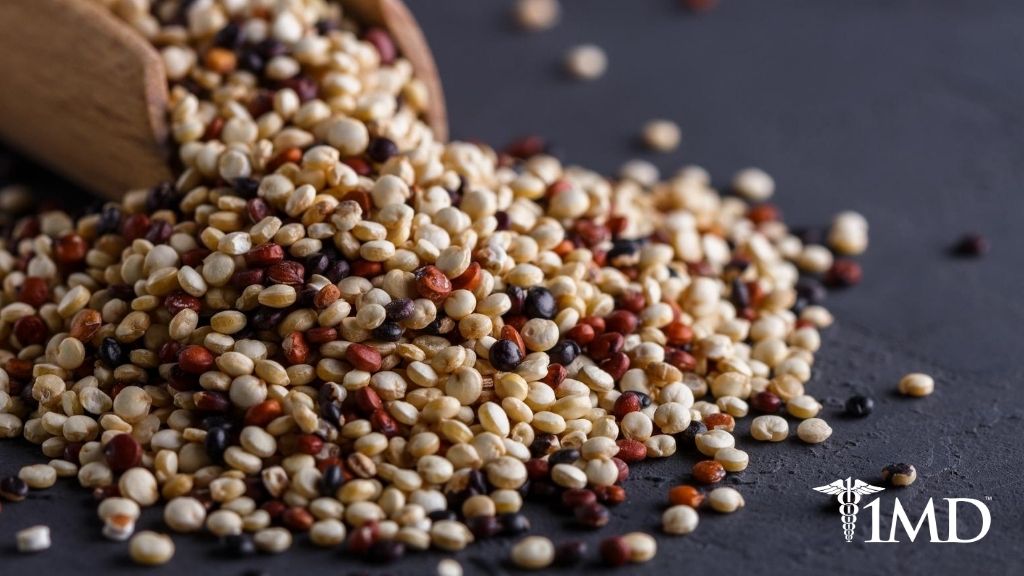 Quinoa is definitely enjoying a resurgence in popularity, even though its roots go back millennia. Perhaps in part because of the gluten-free trend. Quinoa has a grain-like quality, but it’s actually a relative of spinach and beets, meaning that it is gluten free.

That said, the benefits of quinoa go way beyond it being a gluten-free, grain-like product. It’s quickly becoming one of the new superfoods that everyone wants to have in their diets so they can reap the most health benefits possible.

So, what makes quinoa so healthy? Let’s take a look.

It feels like quinoa is a new food trend, but it’s far from that. Quinoa has a long history as a food source both as a wild grain and then cultivated one. It has been used as a food as far back as seven thousand years ago when it was first cultivated by civilizations in Peru and Bolivia.

Here are some of the health benefits that have made quinoa popular century after century.

Quinoa contains all nine essential amino acids that our body can’t produce on its own. Amino acids form proteins and are the building blocks of life. They’re used in your body to break down food, grow, repair tissues, as an energy source, and more.

There are actually 20 different amino acids your body needs to function and grow, and they fall into three categories: essential, nonessential, and conditionally essential. The essential category is made up of the nine amino acids in quinoa. 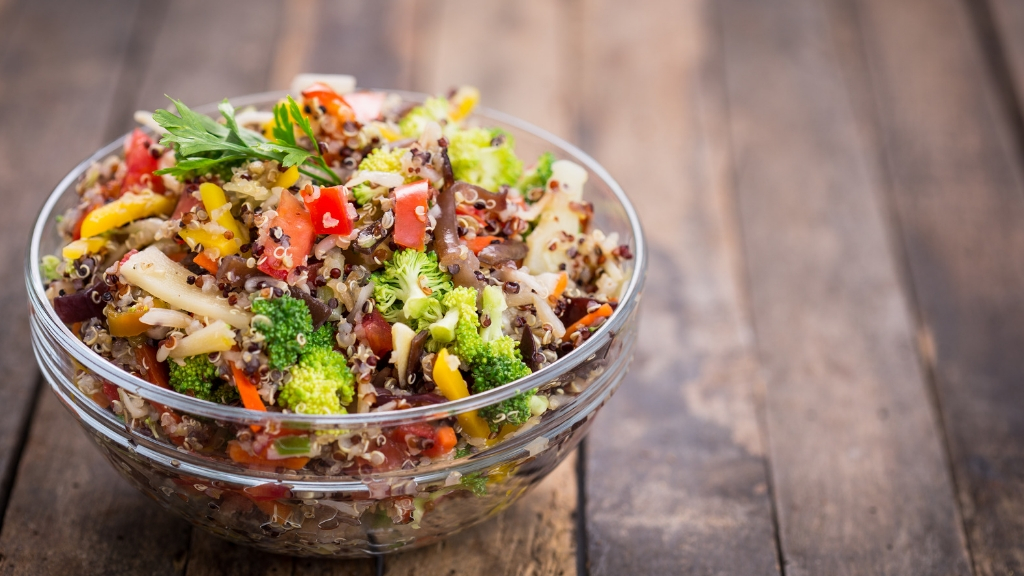 None of the essential amino acids can be made by your body (it’s why they are called “essential”), so they all must be obtained through your diet.

Typically, they come from foods we consider high in protein, like meat, dairy, eggs, etc. But quinoa is a seed that’s packed with protein, making it great as an alternative to meat or animal-based products.

2. More Fiber Than Other Grains

While quinoa is a seed, it’s often lumped in with grains because it can be cooked like a grain, it has a grainy texture, and a grain-type of flavor. It’s typically categorized as an ancient grain.

You often hear people correlate a diet high in fiber with digestion, but there are many more benefits to your body than just regularity when you add more fiber to your diet. Fiber can help reduce blood pressure, lower your cholesterol level and lower glucose levels.

3. A Powerful Source of Iron

Quinoa has 2.8 mg of iron in a cooked cup serving size, this is 15% of the recommended dietary intake.

Iron is the most common nutritional deficiency in the United States, so it’s vital that you boost your iron intake in some way, and quinoa is an excellent way to do that.

Iron is essential in your body to keep your red blood cells healthy and iron forms the basis of hemoglobin formation.

Iron is responsible for transporting oxygen throughout your entire body, meaning an iron deficiency could be the reason why you’re feeling fatigued and foggy.

Lysine is something you don’t often hear much about, but it has a crucial role to play in your body. It’s one of those amino acids referred to earlier that needs to come from an outside source.

It plays a vital role in your immune system, it transports fat to cells for energy, and it is necessary for normal growth and repair of your muscles.

5. Magnesium: An Elemental Part of Health

Magnesium is important for many processes in the body. It regulates muscle and nerve function, controls blood sugar levels, regulates blood pressure, makes protein in the body and forms bone and DNA.

It’s estimated that the diets of most people in the U.S. don’t have the recommended amounts of magnesium. Adding a natural boost of this nutrient from quinoa is a great way to ensure you’re getting enough.

Riboflavin is one of the B vitamins and is needed to break down food, absorb other nutrients and maintain healthy tissues. Riboflavin is not a vitamin that the body can store in great amounts, so it’s important to have some in your diet on a daily basis.

Recent research has pointed at the idea that riboflavin can help prevent cataracts and migraine headaches, but more research is needed to prove these claims. Even so, if you have these conditions, you may want to boost your riboflavin intake.

Manganese is an antioxidant that helps your body fight off free radicals, which can damage the cells in your body.

More specifically, manganese is part of the antioxidant enzyme superoxide dismutase (SOD) which battles superoxide (one of the most dangerous free radicals) and converts it into small molecules that can’t do damage.

Beyond its antioxidant properties, manganese is also important for regulating blood sugar levels, it plays a vital role in metabolism, and is an important part of bone strength and health.

Who knew a little seed could do so much? But the evidence is certainly in and quinoa is indeed a superfood that can boost your overall health while creating a pretty tasty meal as well.

One of the best aspects of quinoa is its cooking versatility. As a standalone dish, it’s relatively mild and doesn’t have an overpowering flavor, which makes it a nice accompaniment. But when paired with sauces, sautéed tomatoes, other vegetables, or as a base for fish or meat, it takes on those flavors nicely, creating a thrill for your taste buds and a great way to optimize your healthy lifestyle.