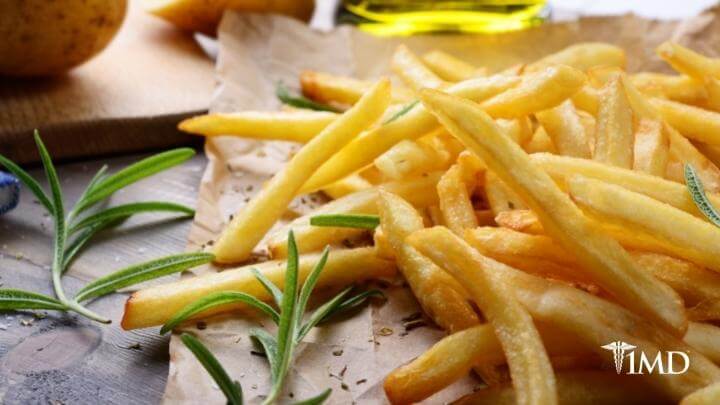 Everybody loves potatoes. You can mash, fry, or bake them, and they make a great addition to virtually any meal.

Potatoes are also good for you as well, but this is dependent on how you cook them. A recent study has found that eating fried potatoes more than twice a week increases your risk of early death.

In fact, it nearly doubles the risk. With close to 112 pounds of potatoes consumed per person in the United States, this could be a problem.

The Trouble With Fried Potatoes

Of all potatoes eaten, 30 percent are fresh potatoes, which means the remaining percentage is processed. The U.S. Department of Agriculture reports that of all the processed potatoes available, french fries are the most consumed.

Up until recently, it has only been assumed that fried potatoes or french fries are bad us.  Research has recently taken an interest in this after discovering just how many pounds of fried potatoes are consumed at the individual level.

Fried potatoes are enjoyed across the country. French fries, hash browns, and potato chips mean that fried potatoes can be consumed at every meal. 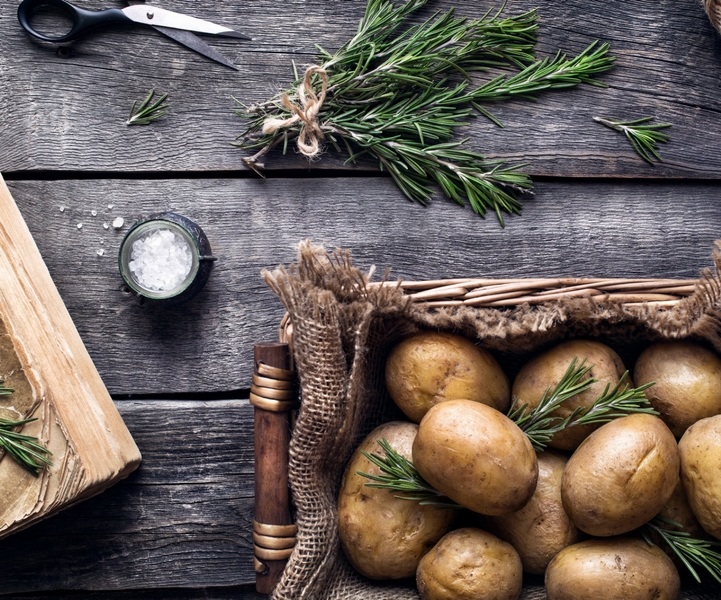 The new study was conducted on over 4000 people aged 45 to 79 and tracked the of potatoes eaten each week. Over the course of the study, numerous people died, and the researchers discovered a link between fried potato consumption and early death.

| Related: The “Miracle Tree of Life” and Its Many Health Benefits|

Those individuals who ate fried potatoes more than twice a week doubled their chances of dying early.

The study was only observational in nature, so there is no direct link known between eating fried potatoes and early death. It was noted that men were more likely than women to eat fried foods, as well as younger participants over older ones.

It is thought that the cooking oil for these foods is the source of the increased risk. High in trans-fat, these oils are shown to increase LDL cholesterol levels, which is the “bad” cholesterol.  Increased LDL cholesterol has direct links to cardiovascular disease.

It was also noted that other factors were involved in the increased risk of death that was noted.  Sedentary lifestyles, obesity, and high usage of salt can also play a role in increasing your risk of early death. 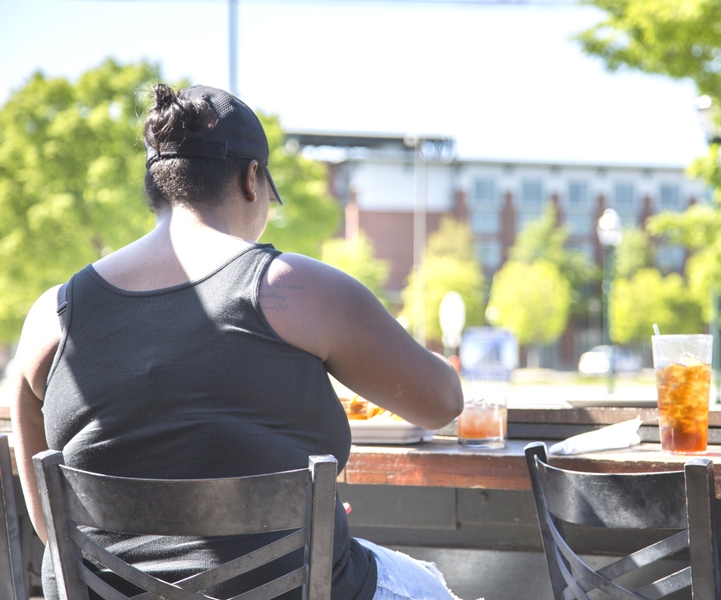 It is likely that these factors contribute heavily to the because potatoes are inherently a healthy vegetable.

| Related: Why the Health-Boosting Purslane Is More Vegetable Than Weed |

A medium potato, for example, contains 110 calories, has no fat, no sodium, no cholesterol, and provides a third of your daily recommended vitamin C requirement. They also contain more potassium than bananas.

The preparation of potatoes will interfere with the nutrient content, as is true with any food. It becomes difficult to blame fried potatoes alone for an increased risk of early death.

Instead, it is more realistic to note that eating fried foods, like potatoes, is an indication of an overall unhealthy lifestyle. An unhealthy dietary pattern and bad habits are more likely to be associated with increased mortality.

The real danger of eating fried foods, especially starchy ones like potatoes, is an unknown compound known as acrylamide. 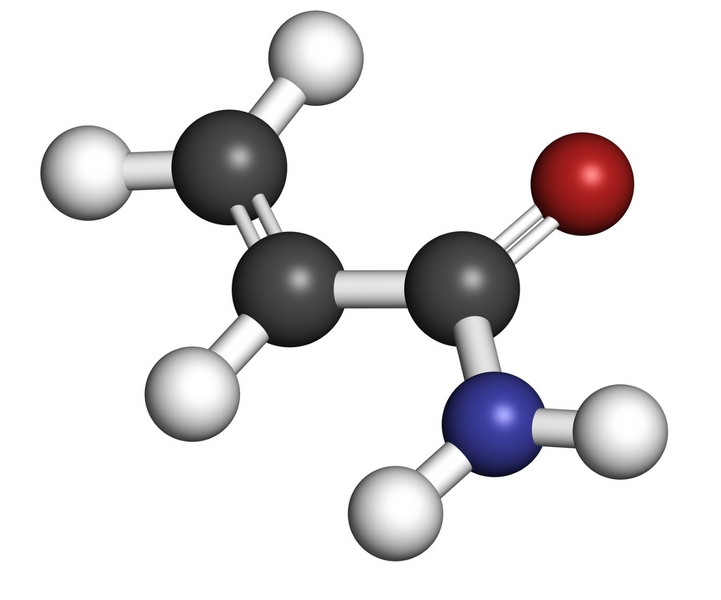 Acrylamide is a chemical that is produced when starchy foods are fried, roasted, or baked at elevated temperatures. The browning process you see is a reaction that produces this cancer-causing chemical.

This means that baked potatoes are bad for you too. The best way to avoid acrylamide is by boiling or steaming your starchy foods.

If you do need to fry them, then do so quickly. The lighter the food is, the better off you’ll be. Because a deep brown appearance indicates a high acrylamide presence.

The purpose of the study is to inform people that eating fried potatoes could be linked to higher mortality risks, so their consumption should be limited. Even though Americans love their fried and salty snacks, there are plenty of alternatives available.

| Related: Green, Yellow, and Brown: The Benefits of Banana Colors |

To increase your longevity and maintain a healthy body, it is better to opt for the foods below over any fried foods, including potatoes. The good news is that there are healthy versions of your favorite fried snack foods, so you don’t have to stray too far from what you like: 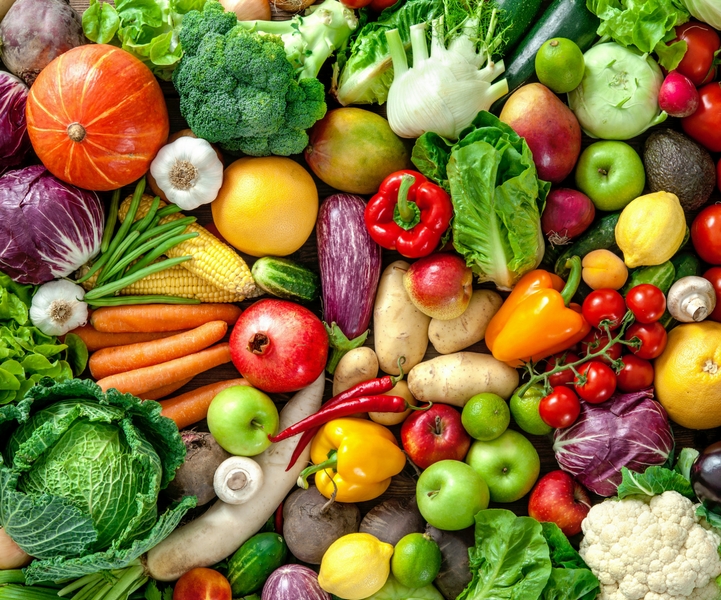 Additionally, it is always a healthier idea to choose fresh fruits and vegetables over processed and fried foods. The concern with fried foods and potatoes is the link between trans-fat and heart disease.

When it comes to snacking, there are fresher and healthier options available to you that promote heart health, rather than put it at risk. The foods below can help to keep bad cholesterol down and at the same time can support overall health and well-being.

Popcorn: This snack is full of polyphenols which are antioxidants linked to improving heart health. Popcorn contains more of these than kidney beans, which is the lead vegetable source for polyphenols and contains more than the leading fruit source (cranberries).

Dark chocolate: Moderate amounts of flavanol-rich dark chocolate help promote a blood-thinning effect, which is beneficial for cardiovascular health. Cocoa has been found to help lower blood pressure, making it a healthier option to fried foods.

Yogurt: There is a known link between gum disease and heart problems, and yogurt may protect against gum disease.  The probiotics in yogurt or yogurt drinks counter the growth of any unfriendly strains in the mouth, thus protecting you from gum disease and potential heart issues.

Apples: There are strong antioxidant compounds in apples that prevent bad cholesterol from building up, causing the formation of plaques in the arteries. Apples also contain pectin, which helps to lower cholesterol.

Nuts: Nuts contain, among other beneficial nutrients, heart-healthy monosaturated fats.  Eating nuts instead of fried foods more than twice a week has been linked to a lower incidence of heart disease. 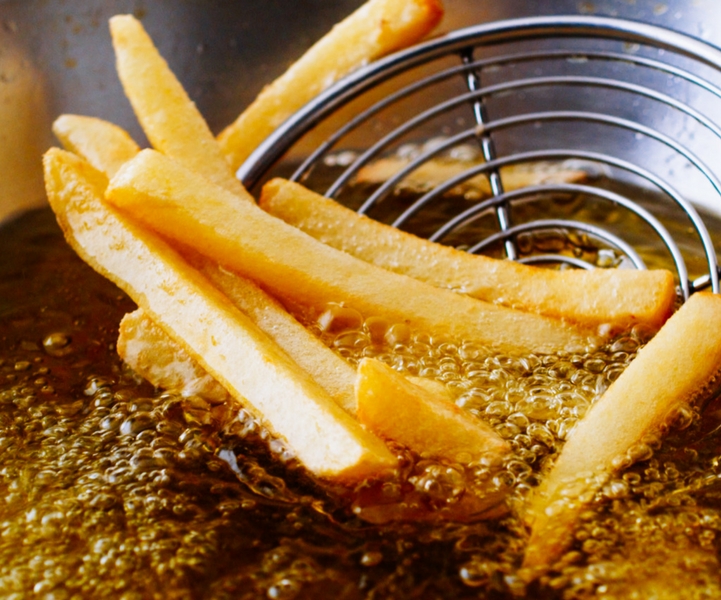 As America tries to wean itself off of the fried food-heavy diet it has developed, new research continues to shed light on the effects of poor diet. Potatoes, in this case, are a healthy food that can become deleterious to your health if cooked in particular ways.

In order to start and maintain a healthy lifestyle, understanding the causes of various chemicals, like acrylamide, can better help us to avoid them.