How Bad Is Diet Soda for Your Body? Dementia and Artificial Sweeteners | 1MD Nutrition™

How Bad Is Diet Soda for Your Body? Dementia and Artificial Sweeteners 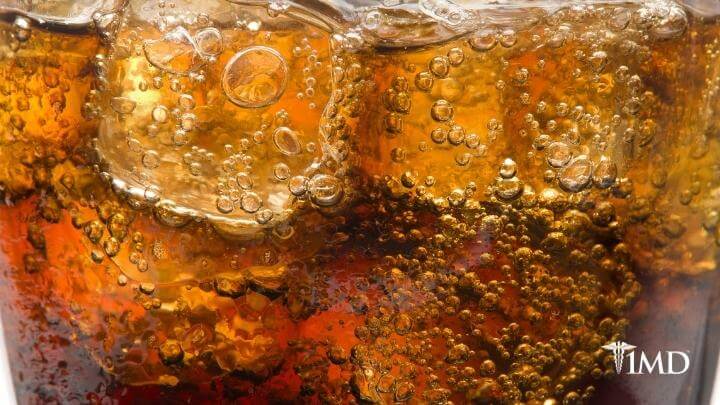 Lots of people grew up drinking diet drinks and sodas, and for them, it's a flavor that hearkens back to their childhood. Many others stick with diet drinks for the idea of improved health. They think that they're making the more responsible choice. The unfortunate irony is that they might be doing the exact opposite.

The research on the health consequences of diet drinks has rarely been favorable, over time and many studies.

There have been plenty of health studies that have made worrying correlations between the artificial sweeteners in diet drinks and various health problems.

There has often been controversy about whether or not artificial sweeteners are truly safe at all, which most health professionals saying that they simply aren't.

In the study, the experimental group of people consumed at least one beverage made with artificial sweeteners on a daily basis.

The control group consumed beverages sweetened with sugar. In other words, the study doesn't just suggest that artificial sweeteners are dangerous, but it suggests that the much-maligned original sugary beverages are actually safer.

Given the health risks associated with the consumption of sugar, it would be interesting to see the same experiment conducted using a control group of people who did not consume beverages containing sugar or artificial sweeteners.

However, this study does at least seem to demonstrate that sugar isn't as bad as the false replacements for it.

It should be noted that the researchers did not find a link between the consumption of sugar and the development of strokes or dementia.

While the scientists in charge of the study are not endorsing sugar, they are certainly emphasizing the danger of consuming anything sweetened artificially.

The scientists involved in the study found a strong relationship between reduced memory function and brain aging, and the consumption of sugary beverages.

As such, sugary beverages—and possibly sweets in general—might still have negative cognitive effects when consumed all the time.

However, compared to the tremendously elevated risk of stroke and dementia associated with the consumption of artificial sweeteners, sugary beverages still seem relatively safe in comparison.

The Real Story of Diet Drinks and Dementia

Still, the people who consume diet drinks specifically will almost always be taking in saccharin and aspartame rather than other artificial sweeteners, so those are the ones that people should think about when evaluating these research results.

People might wonder about the timetable involved with the elevated risk of strokes and dementia associated with diet drinks.

The people in the study were more likely to develop strokes and dementia over a mere ten-year period. This is not something that will happen to people far in the future, which makes it even more worrying for the people involved.

It should also be noted that the scientists involved with this study are still trying to determine why the consumption of diet drinks seems to be correlated with an increased risk of dementia and other cognitive problems.

As a general rule, it is important to avoid assuming correlation implies causation.

However, the scientists think that the causal mechanism might involve the artificial sweeteners damaging or at least changing the blood vessels.

Seemingly simple changes to the blood vessels can indeed increase a person's risk of suffering from strokes or dementia later in life.

The study demonstrated a strong correlation between the consumption of artificial sweeteners and diabetes.

It is true that people who have diabetes are more likely to consume artificial sweeteners in the first place, since they're told to avoid sugar and general carbohydrates.

However, it should still be noted that scientists are not entirely aware of all of the causal mechanisms involved with any of this.

Reactions to the Study

Unsurprisingly, the American Beverage Association immediately responded to the study through a press release that affirmed that artificial sweeteners are indeed safe to consume.

This is not the first time something like this has happened, and they were certainly ready to respond. Essentially, they argued that the study just demonstrated that the artificial sweeteners are correlated with stroke and dementia and that no cause-and-effect relationship was established.

The American Beverage Association association also pointed out that genetics is one of the most important considerations when it comes to determining a person's risk of developing stroke or dementia, which is certainly true.

There is also no doubt that further studies are needed in order to really demonstrate the level to which there is a causal relationship between the consumption of diet drinks and dire health consequences.

The history of health and nutrition research has been long and contradictory. One of the reasons why a lot of people consume high-sugar diets in the first place while also consuming a lot of artificial sweeteners is the rise of the low-fat craze in the 1990s. Today, fat has a much more positive reputation and people are turning away from sugar, including the sugar in low-fat products.

Public Health England still seems to be urging people to turn away from sugar to the point where they still seem to think that artificial sweeteners are not as bad as natural sugar.

There was a time when people were urged to eat margarine. Now, butter is off of the banned list, given the artificial and harmful nature of the trans fat in margarine.

Only time will tell whether or not it turns out that the American Beverage Association was right or the scientists themselves were, at least in this instance, though certainly some levels of bias are present in the analysis of the results.

Both groups are certainly subjective in this debate, and have a lot of interest in holding onto their results as-is. Still, this is not science that people should just ignore or dismiss out of hand, particularly given the nature of its implications.

Both sides can agree that if you have a family history of strokes or dementia, given this scientific conclusion, if you can avoid artificial sweeteners, diet drinks, and other similar products, and replace them with healthier options, you should.